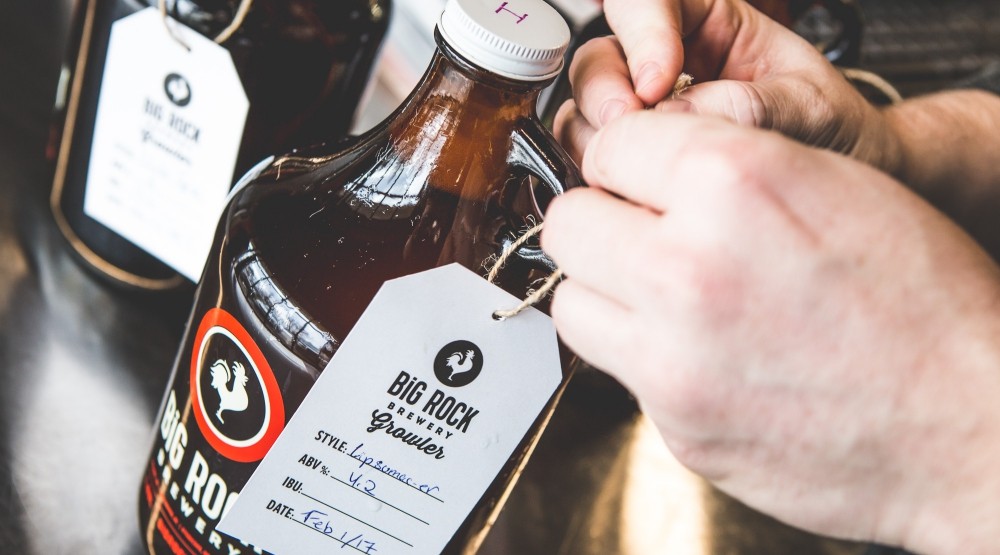 Big Rock is laying down roots in Toronto in a big way.

As of this spring, the Alberta-born brewing company boasts two new breweries in the GTA, adding to its family of facilities already established in Calgary and Vancouver. 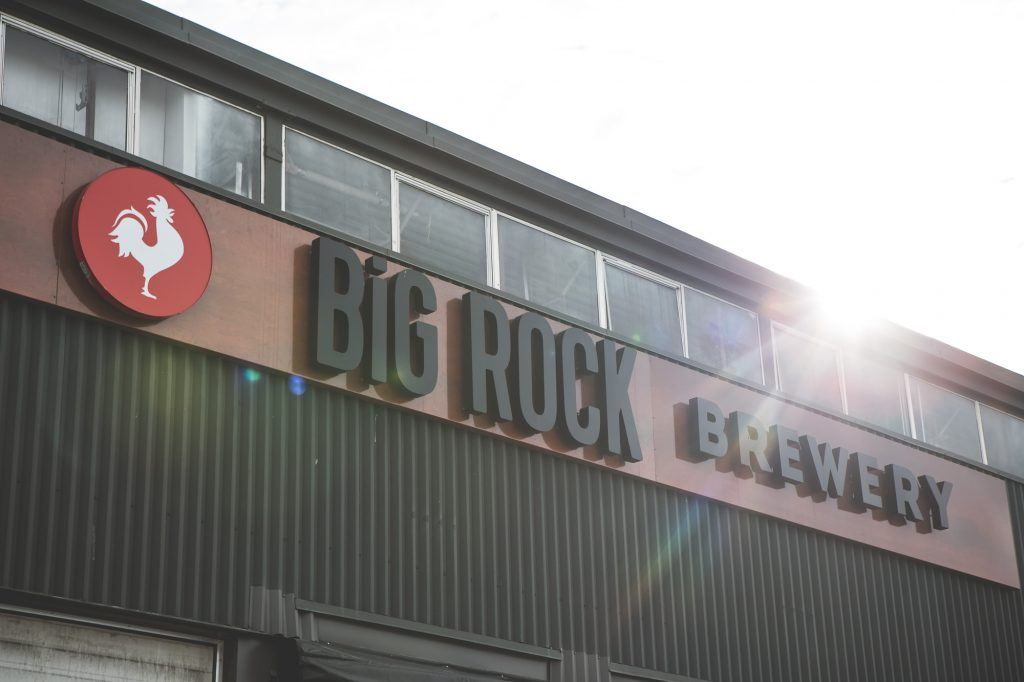 Having already checked out the brewing operations in Liberty Village, Daily Hive went to the source in Etobicoke to check out the sprawling facility on The Queensway that’s only been in production since last fall.

Tucked in behind Burgers Priest, the public is welcome to visit the taproom and retail outlet upfront to sample the goods and purchase cans, bottles, and growlers for take-home.

Talk about the perfect compliment to your next Jarge burger. 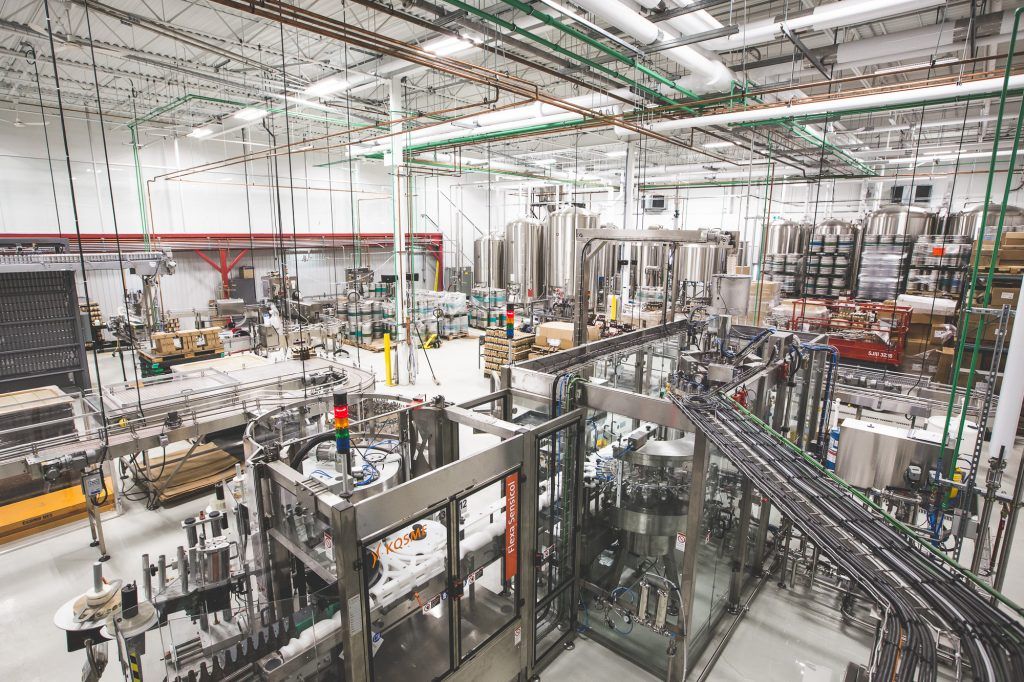 Windows into the brewery provide a sneak peak into the brewing process, meanwhile there are arcade games and free popcorn to munch on while you satisfy your thirst. 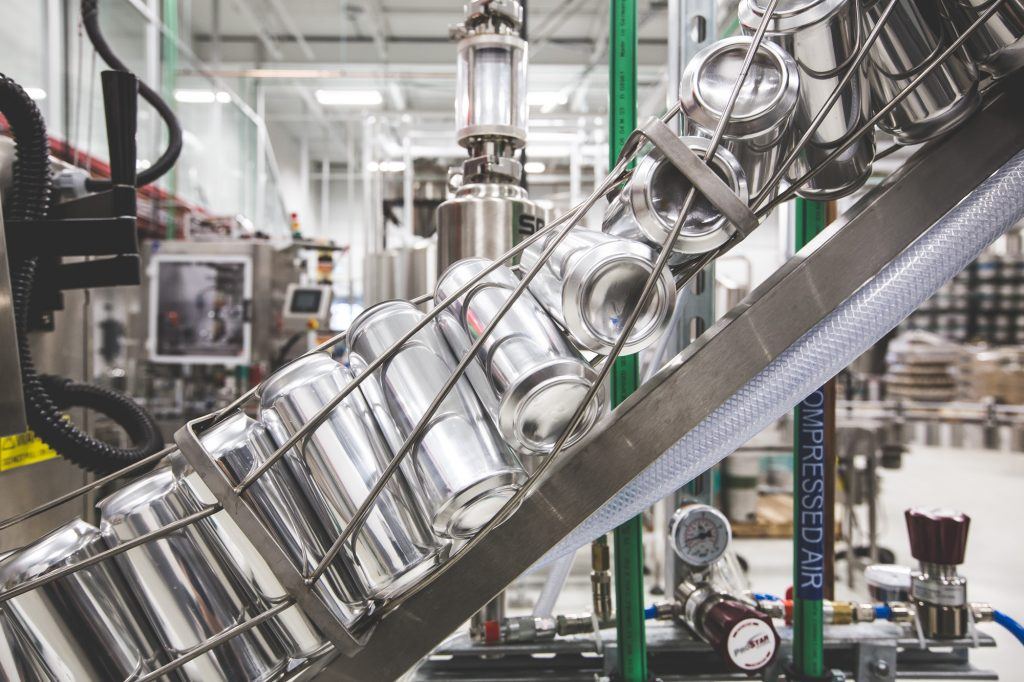 Tours are available too. Just $10 buys 60 minutes walking through the processes of converting grains into sugars, fermenting, flavouring, and bottling/kegging/canning – all while sampling the house brews in a souvenir pint glass. 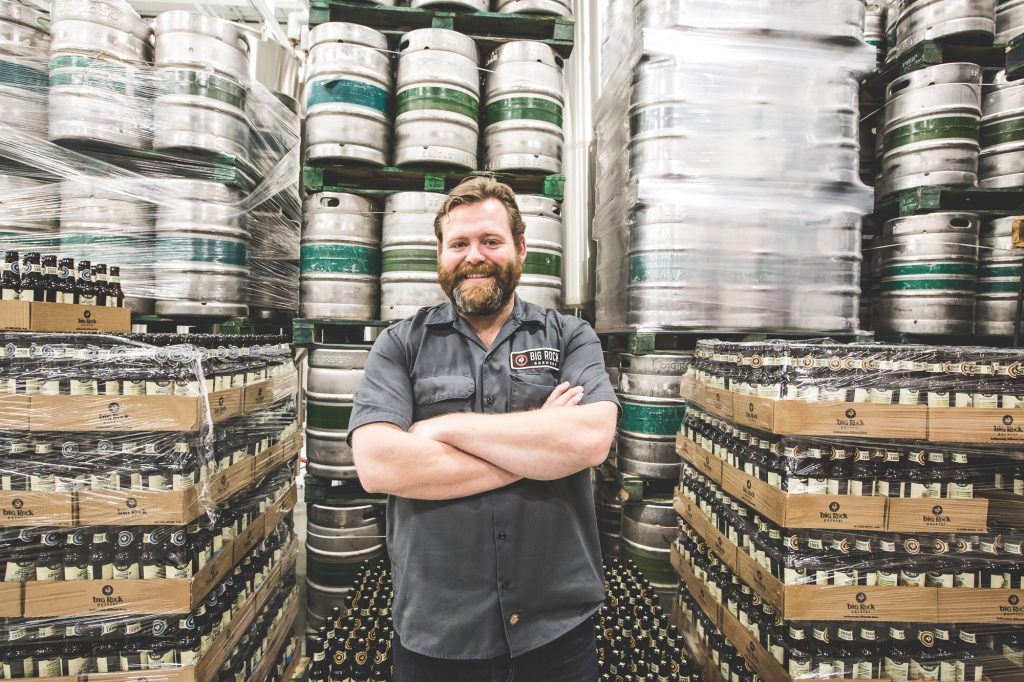 Heading up the Ontario operations is brewmaster Connor Kraft Patrick who’s relocated from HQ to Toronto to tackle the job.

He’s been with the company for over 10 years now, having learned the craft from Brewmaster Paul Gautreau and earning accreditation through the Institute of Brewing and Distilling (IBD) as well as the Siebel Institute of Technology in Chicago. 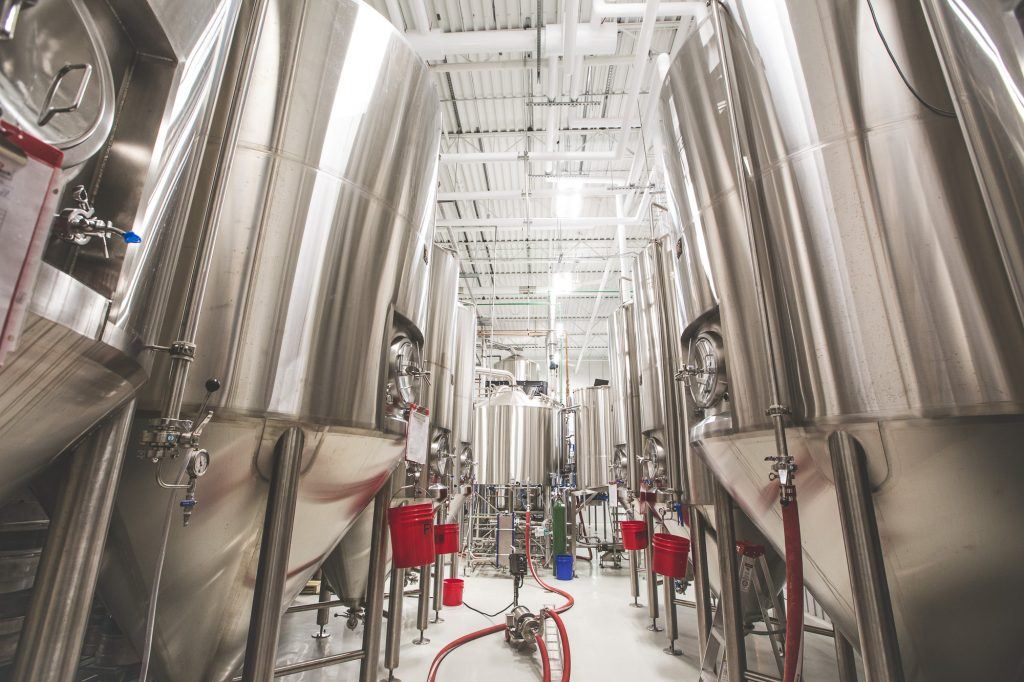 On the day I visit, Patrick is brewing a White Raspberry Berliner Weisse and a Blood Orange Belgian Pale Ale. Despite an expansive line-up of signature series brews available year round, Big Rock also prides itself on its innovation and constant curiosity.

Seasonal and regionally-exclusive brews are the delicious outcome. 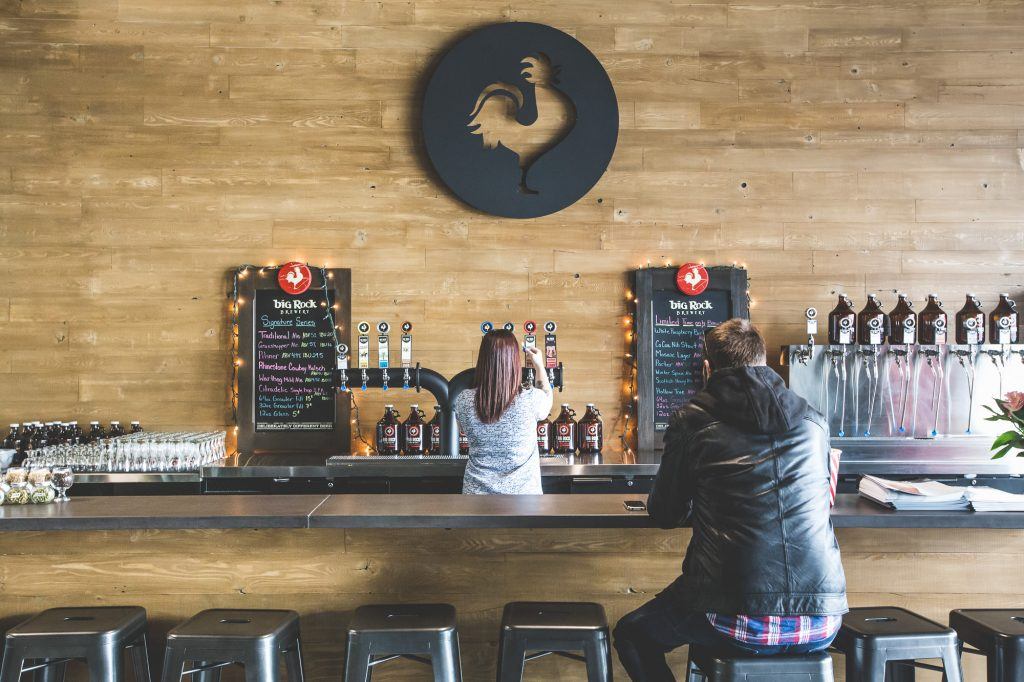 Back in the taproom following the tour, there’s lots to taste. 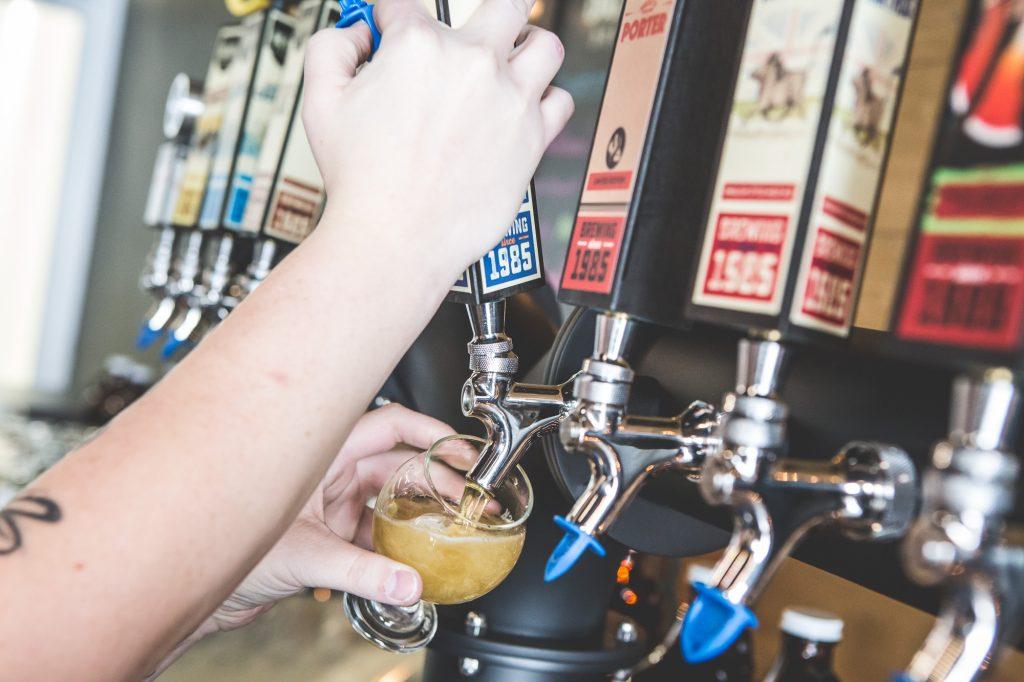 The signature series alone boasts ten different brews not to mention seasonal brews, barrel aged beers and ciders to round out the selection.

If you’re in the mood for an afternoon of beer-ducation and tasting enjoyment, Big Rock Brewery is waiting. 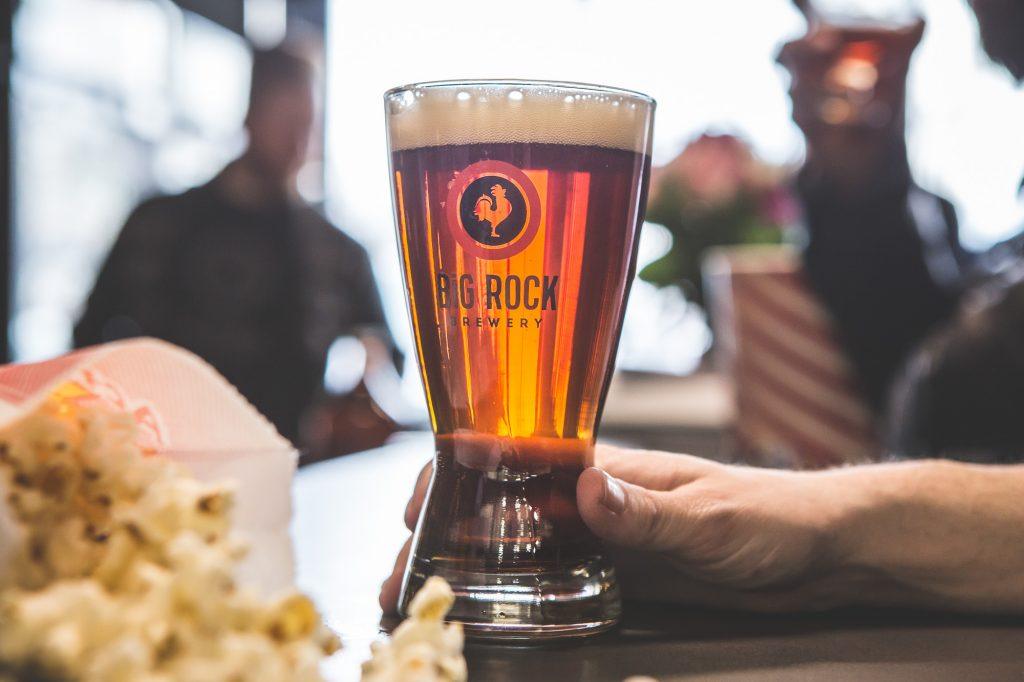