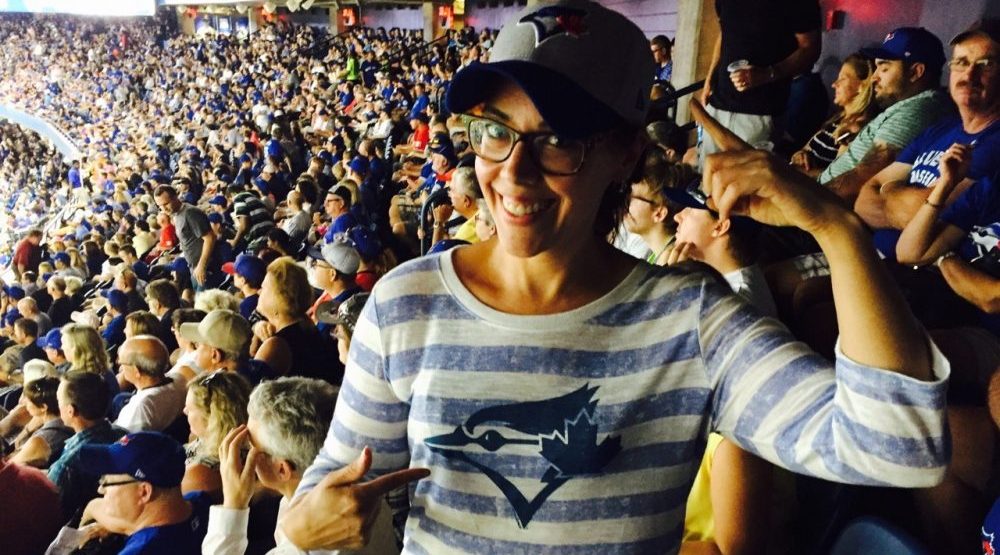 Flashback to October, 2015 – the second game of the ALDS and a second straight Jays loss. In my post-game depression, I went to my favourite spot in Toronto (after the Dome) – Comedy Bar, to watch some friends perform and attempt to cheer myself up.

I was chatting with a buddy after the show, despairing and blaming myself for the Jays 0-2 record. I had been at both games and worn the same shirt each time! Surely I had at least some responsibility. He gave me a comforting hug and assured me that ‘this time next week we’d all be laughing about how we were wearing the wrong shirt and the Jays almost didn’t make it to the ALCS’.

Well, we all know how this story ends, (with Bautista’s monstrous, bat-flipping beauty of a series-winning home run), and yes – I was wearing a different shirt.

Superstition is very real when you’re a sports fan, and the craziness only intensifies during the stretch run and postseason. While the rational, logical part of your brain says that nothing you do as a fan can jinx or influence the outcome of a game, or even a season; when the tension mounts, the irrational, illogical part of your brain becomes much louder. Suddenly, everything you do, wear, location of where you watch – all become incredibly important.

Of course, it’s not just the fans that are superstitious. Players are too. Most famously this year, Boston Red Sox pitcher Rick Porcello has worn the same hat each start, refusing to wash it. So far it’s led him to 20 wins.

Can someone buy Porcello a hat…it has stuff growing on it pic.twitter.com/JzYZJNGpZa

I asked former Blue Jays lefty reliever Paul Spoljaric if he had any particular superstitions during his career. He always got dressed at the same time and in the same order. He would never step on any of the baselines, and always, ALWAYS had a coffee during the 5th inning – (something I didn’t even know was possible during a game).

Players stick to these routines, and as much as they don’t make a pitch sharper or a hit harder, the psychological effect surely has an impact. Take them away and a player’s sense of control and confidence is affected.

If you believe it makes a difference, it does.

So can fan superstitions yield a similar outcome? I turned to Dr. Mike Sonne, a specialist in the science of baseball and a PhD in Biomechanics, for the hard facts.

“Your superstitions are only as good as your attention to detail,” he said with tongue firmly implanted in cheek. “If you didn’t wash that lucky shirt, did you make sure that you performed the same exact activities, in the same environment as last time? If you’re going to be a filthy, disgusting, stinking beast of a human – then you better be a consistent filthy, disgusting, stinking beast of a human.

“Ball flight has been shown to be significantly impacted by what fabric softeners you use – so, if you’re hoping to will that Jose Bautista fly ball over the left field fence, make sure you’ve done your homework. Also, make sure to read your horoscope daily, and remember that good, effective solutions have been around for as long as the world has – a solid 6000 years.”

So many variables to consider!

Likely agreeing with Dr. Sonne would be retired Jays pitcher Pat Hentgen, who other than eating around the same time every start and arriving at the field about the same time, never stuck to a specific routine. In fact, his warm-up routine changed a lot over time. As he told me, ‘I wasn’t really that superstitious’. And you can’t argue with the results, he won a Cy Young and two World Series rings.

Despite knowing how ridiculous it is, I also know that as we get closer to October, I will be obsessing over what shirt and Jays cap to wear (and how often to wash them), where to watch the games, probably even what food to eat while watching. It’s an act of selflessness; for the good of the team, the city – nay the country.

Really, it’s the illusion of control that these superstitions give us, the mega fans, over something which we have no control. So go ahead and wear that stinky jersey and cap, you can do laundry in November.