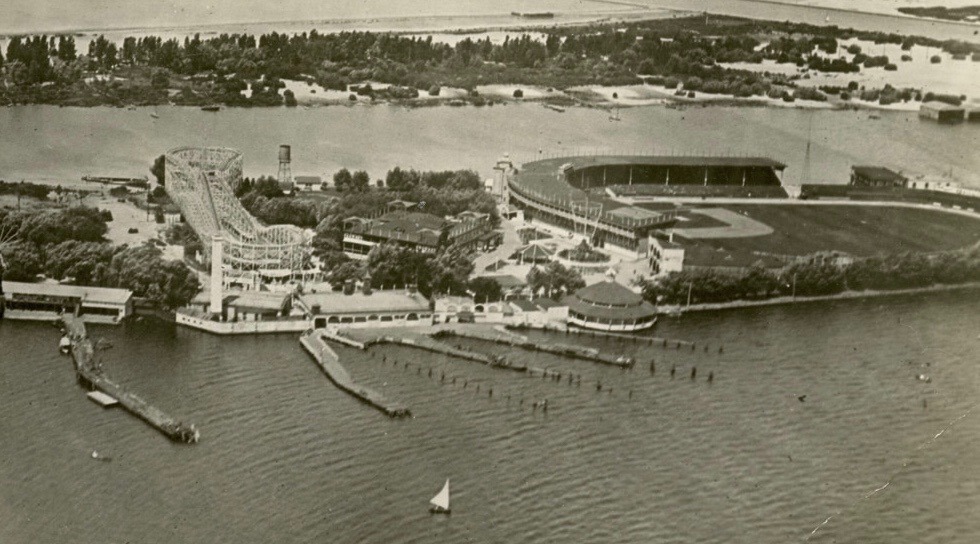 A hundred years ago, if the Blue Jays were playing Cleveland in the ALCS, you might have been watching them on Toronto Island.

And how amazing would it be if every Jays fan was rocking a ferry ride with cheers as we made our way to Hanlan’s Point to take in a playoff game?

The answer is: Really freaking amazing.

You see, back in the day, there was actually a Toronto Maple Leafs baseball club and they played at Maple Leaf Park, a stadium that was built in 1908 with “3,000 seats, covered bleachers that could accommodate another 4,500, and uncovered bleachers with room for about another 1,800.”

However, just a year later the wooden stadium burned down and was rebuilt in 1910 as a concrete structure with a 18,000 seats. The team played at Hanlan’s Point Stadium until 1926 when they moved to a newer location at the foot of Bathurst Street.

The stadium is also known as the home of Babe Ruth’s first professional home run. NBD. The 19-year-old pitched a shutout game and hit a 3-run homer in a 9-0 win for his Providence Grays on September 5, 1914. 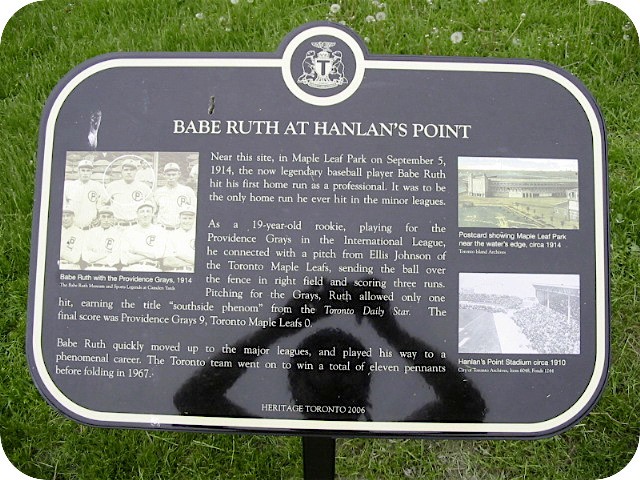 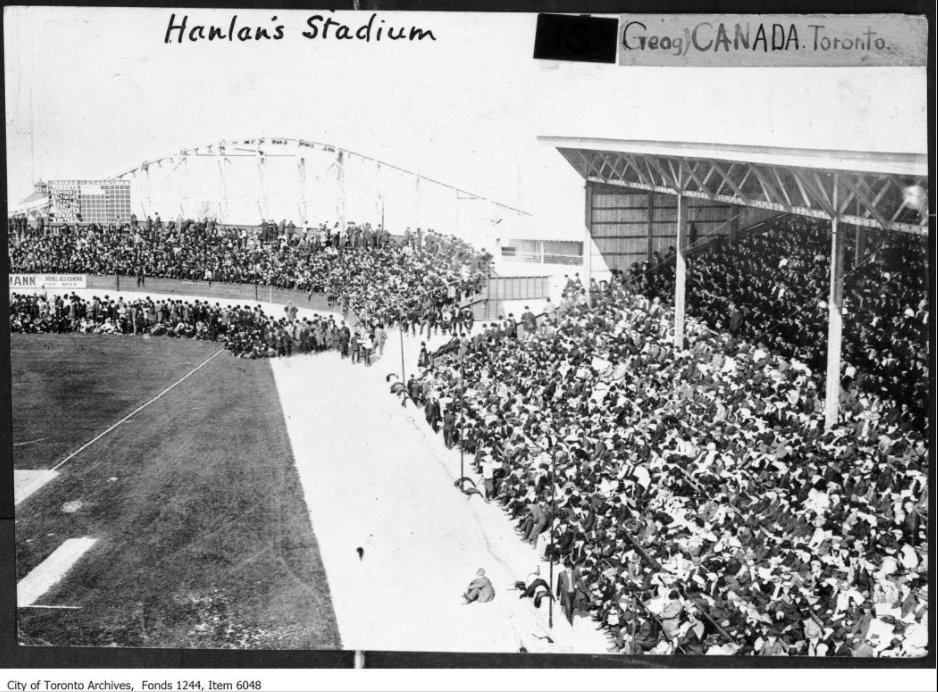 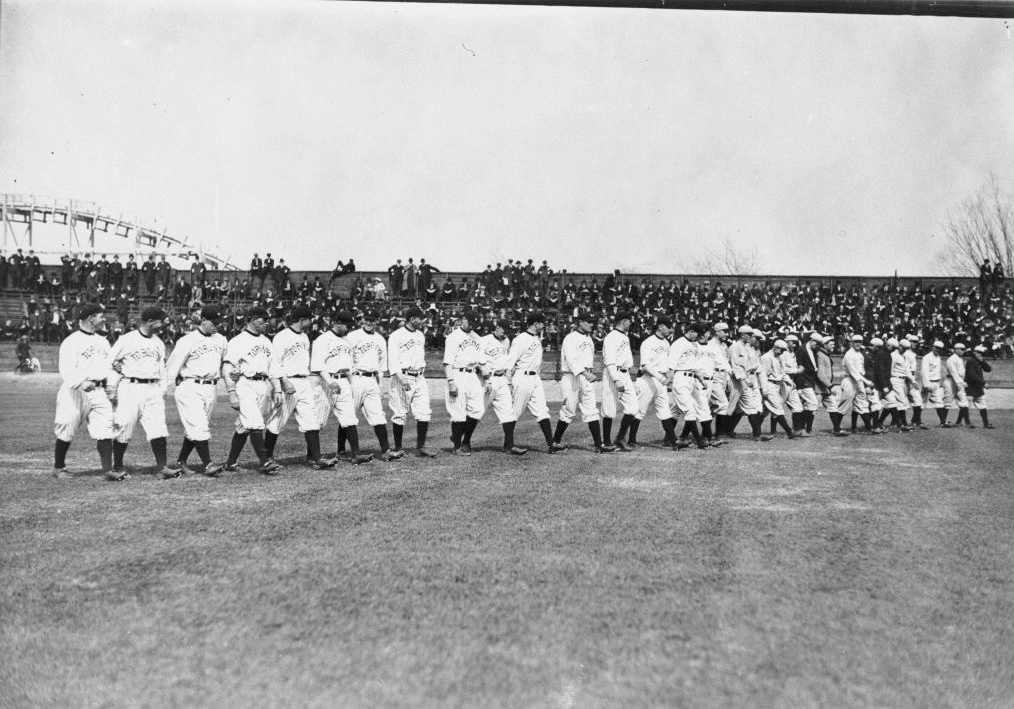 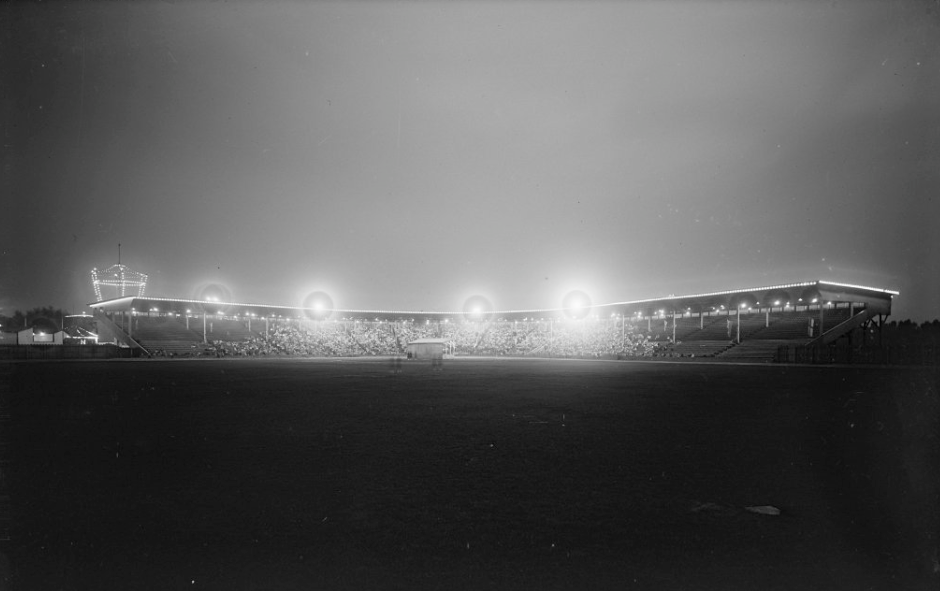 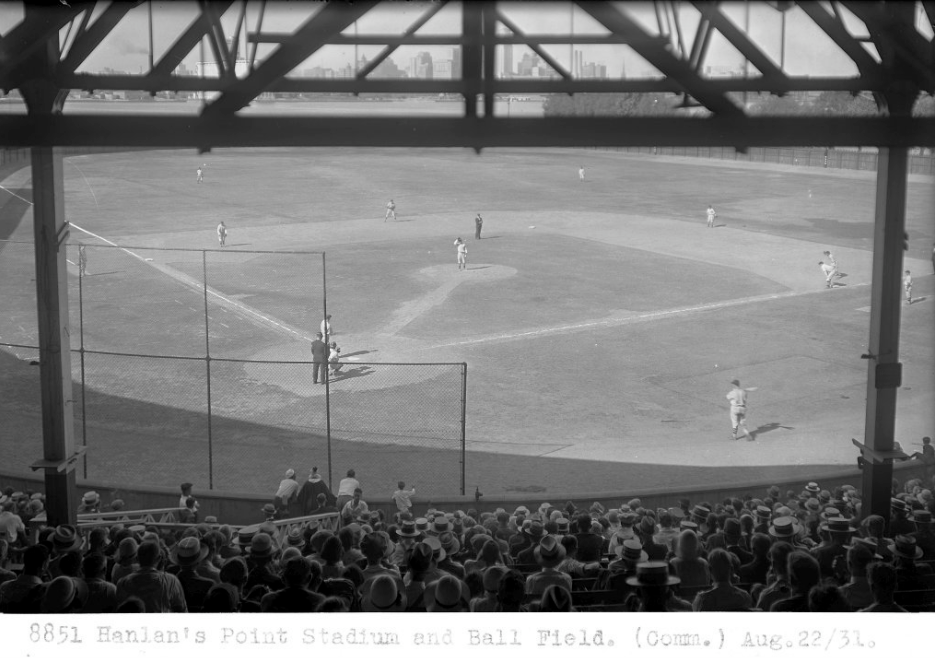