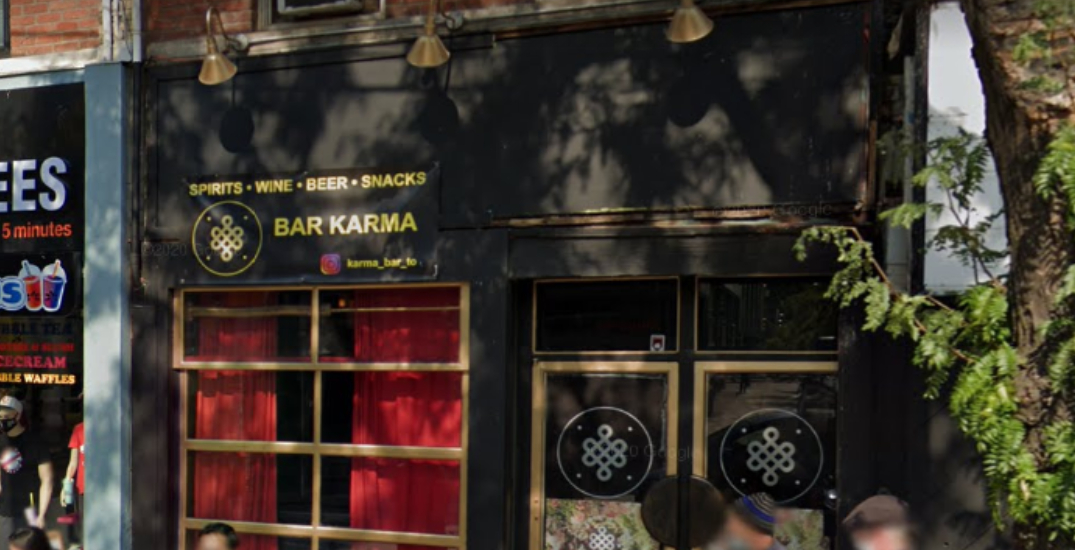 A downtown Toronto bar has had its liquor licence suspended after it was caught violating Ontario’s COVID-19 orders last weekend.

The Alcohol and Gaming Commission of Ontario (AGCO) announced that it has suspended Bar Karma’s liquor licence for “reasons of public interest and safety.” The commission has also issued a Notice of Proposal to revoke the licence.

On December 13, Toronto Police were called to Bar Karma, which is located at 512 Queen Street West, for complaints of a “noisy party.”

Officers allegedly discovered more than 10 people inside the bar, none of whom were social distancing or wearing proper PPE, such as face coverings.

Police subsequently laid charges against the officers/directors of the bar, who were both present at the time, for failing to comply with the regulations under the Reopening Ontario Act (ROA).

Under the lockdown orders currently in effect in Toronto, bars and restaurants are only permitted to be open for pickup, takeout, and delivery. Indoor and outdoor dining are both prohibited.

“During this second wave of the COVID-19 pandemic, we all have a shared responsibility to act in the public interest. This is particularly true for all those who hold a liquor licence in Ontario,” said Tom Mungham, the Registrar and CEO of the AGCO.

“By far most licence holders are in compliance with the ROA. However, for those that are either unable or unwilling to comply, the AGCO will not hesitate to take the appropriate regulatory action including revoking a licence.”