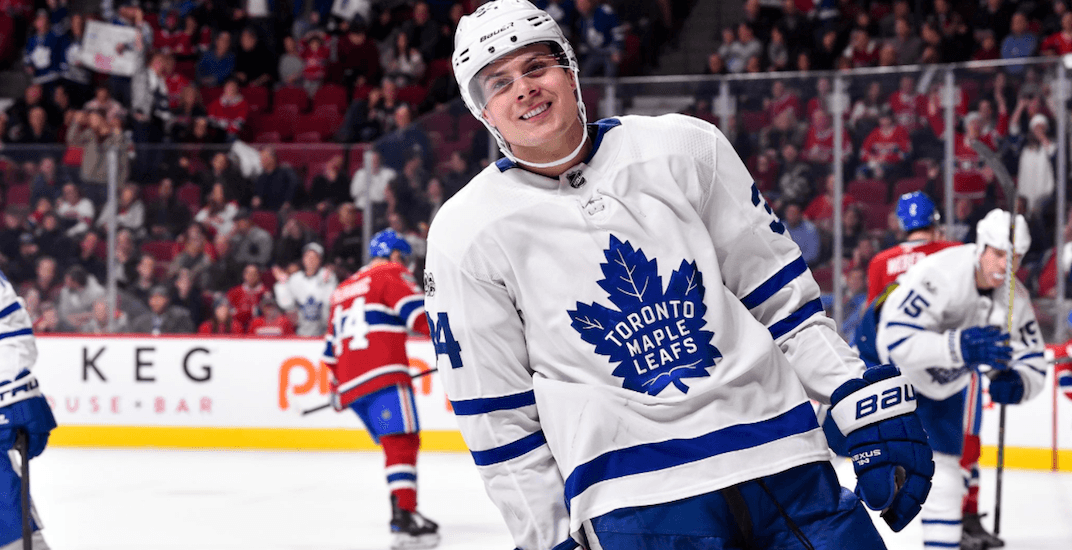 Auston Matthews is a gentleman and a good sport in the eyes of the NHL.

The Toronto Maple Leafs centreman has joined the likes of Nathan MacKinnon and Ryan O’Reilly as the three finalists for the 2019-20 Lady Byng Memorial Trophy, awarded to the “player adjudged to have exhibited the best type of sportsmanship and gentlemanly conduct combined with a high standard of playing ability,” according to the National Hockey League.

Members of the Professional Hockey Writers Association submitted ballots for the Lady Byng Trophy after the conclusion of the regular season, with the top three vote-getters designated as finalists.

Matthews finished third in the NHL with a career-high 47 goals while also topping the Maple Leafs with a career-best 80 points in 70 games (47-33—80).

The 22-year-old Arizona native also established a career-low with eight penalty minutes, tied for the fewest among the NHL’s top 100 scorers. He did so while sharing second place in the League in takeaways (78) and ranking eighth among NHL forwards in total time on ice (1,467:52), also both personal bests.

Matthews would become the eighth Leafs player to win the award in the franchise’s storied history and just the second to do so since the NHL’s expansion era (1967-68).

MacKinnon registered a career-low 12 penalty minutes, the second-fewest among the League’s top 25 scorers and O’Reilly received five minor penalties (10 PIM), the sixth time in his 11 NHL seasons he has totalled 10 or fewer penalty minutes.

The winner will be revealed during the Conference Finals, with the exact date, format, and time to be determined.