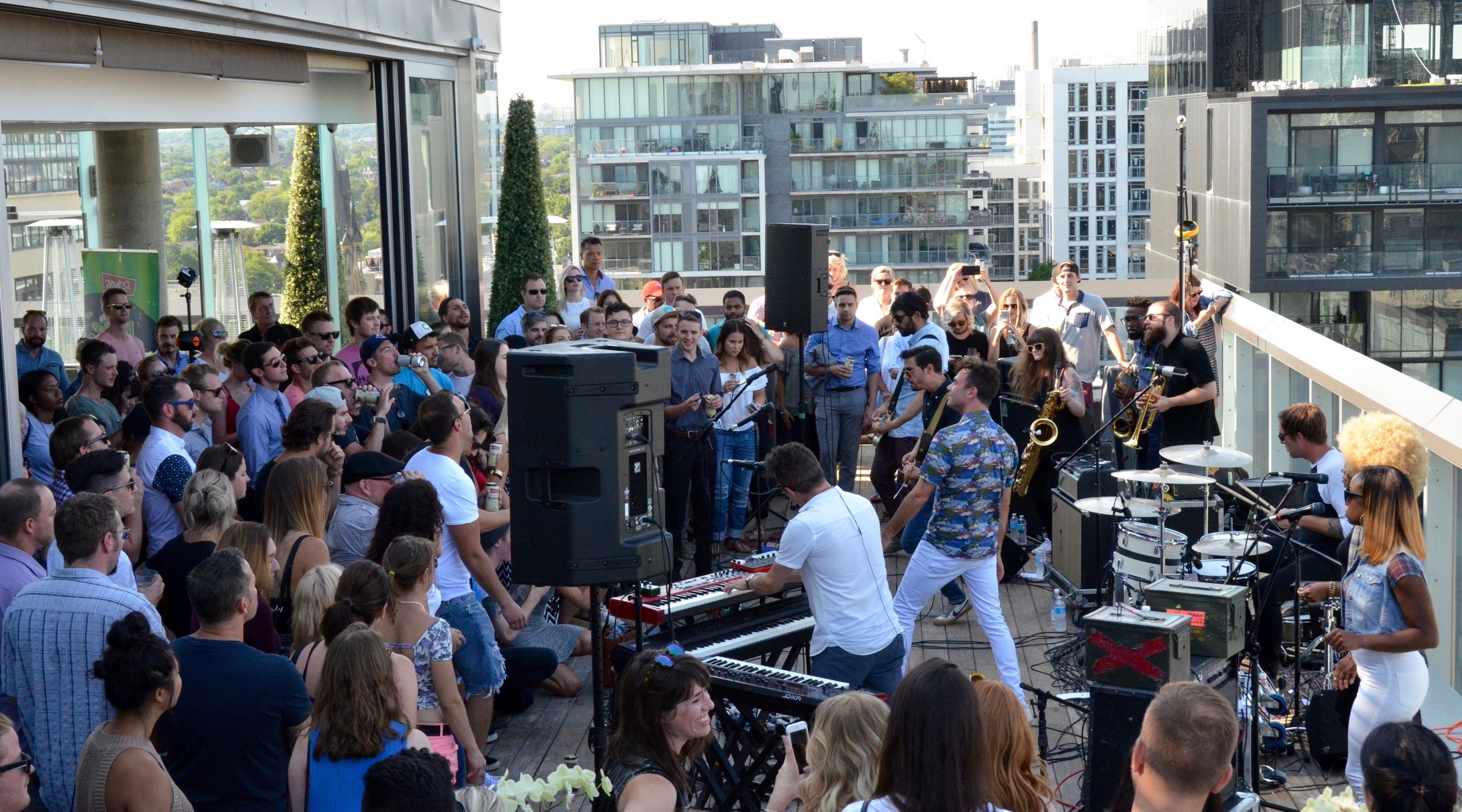 There is no doubt Arkells are awesome.

Musically, they are Juno Award-winning with several chart-topping singles, like 2014’s “Leather Jacket.” Personally, these guys really love their fans. Lead vocalist Max Kerman is one of Canada’s most charismatic lead frontmen, and every live show Arkells perform is energetic, impressive, and full of fan sing-a-longs.

And on the evening of August 3, two days before the release of their fourth and latest studio album Morning Report, Arkells played an intimate show for some lucky fans on the rooftop of Toronto’s Thompson Hotel.

The band performed five tracks off their upcoming album, including the single “Drake’s Dad.” Prior to performing “Private School,” Kerman dedicated the track to his mother – a teacher at Central Tech, a Toronto Public School. As the band rocked the rooftop, fans got a little taste of the band’s upcoming tour – which hopefully lands in the city later this year.

Arkells’ new album Morning Report is out on August 5.

Missed this Wednesday afternoon awesomeness? Check out some of the photos from the rooftop gig. 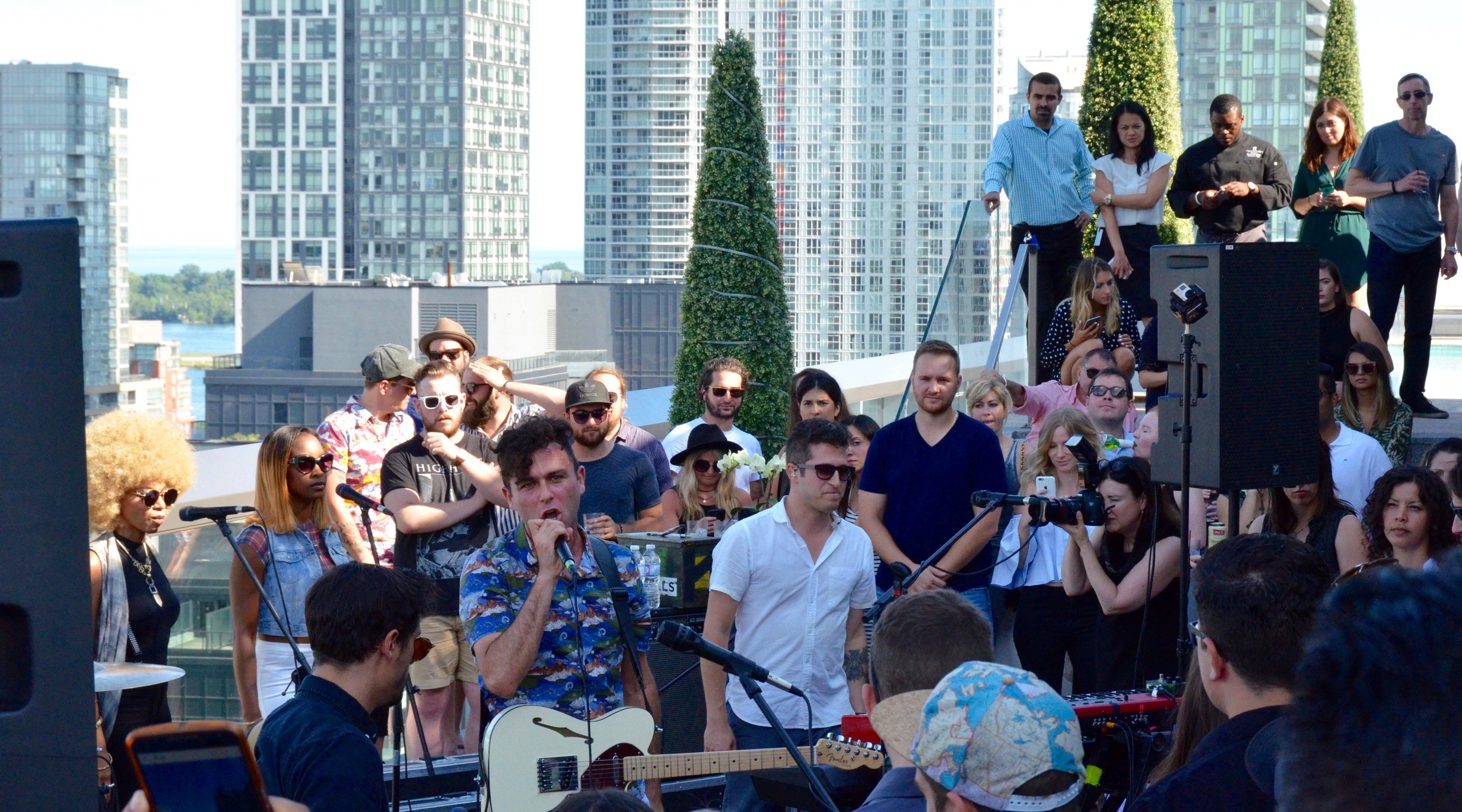 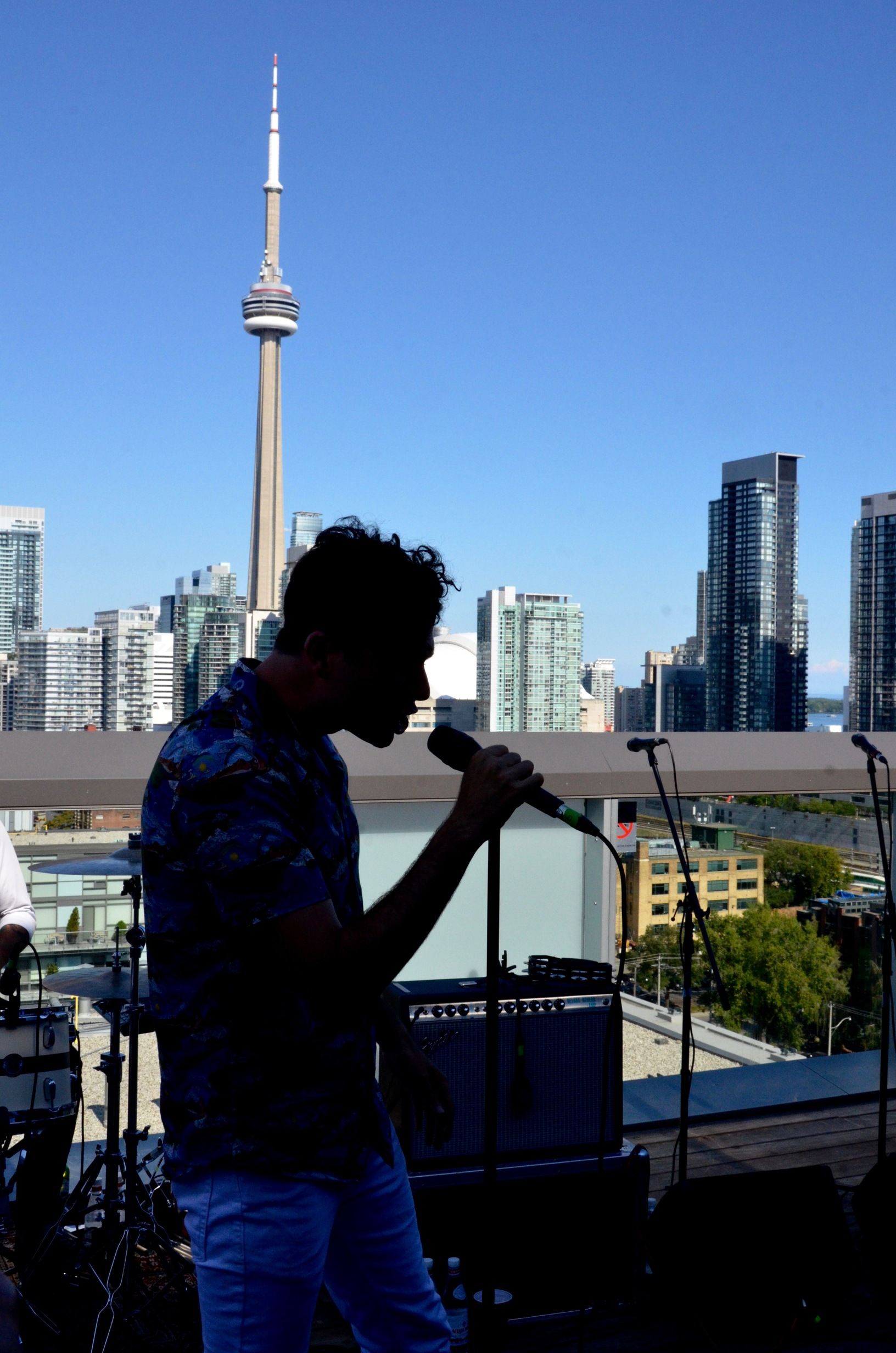 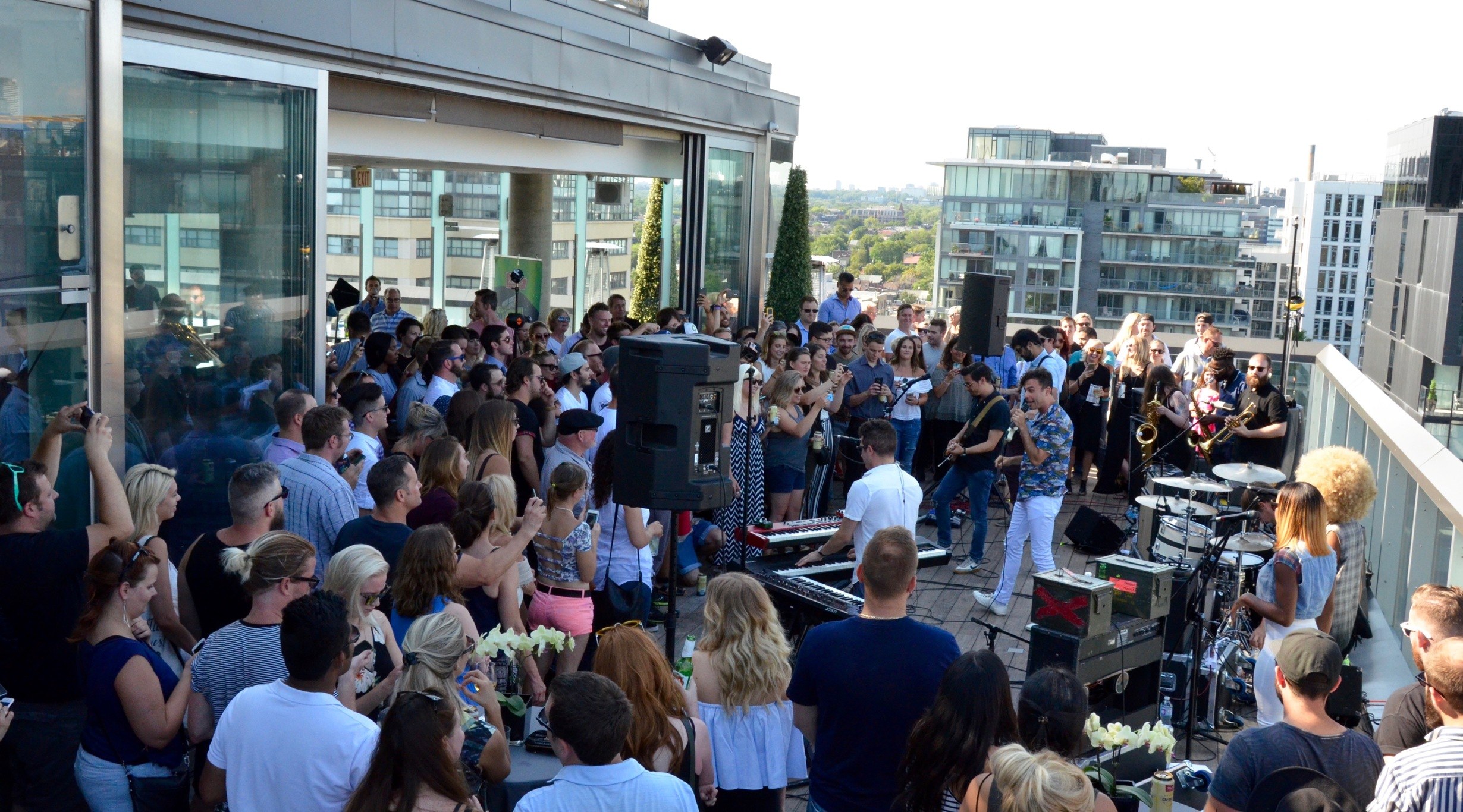 these are a few of my favourite things: #arkells #toronto 💙