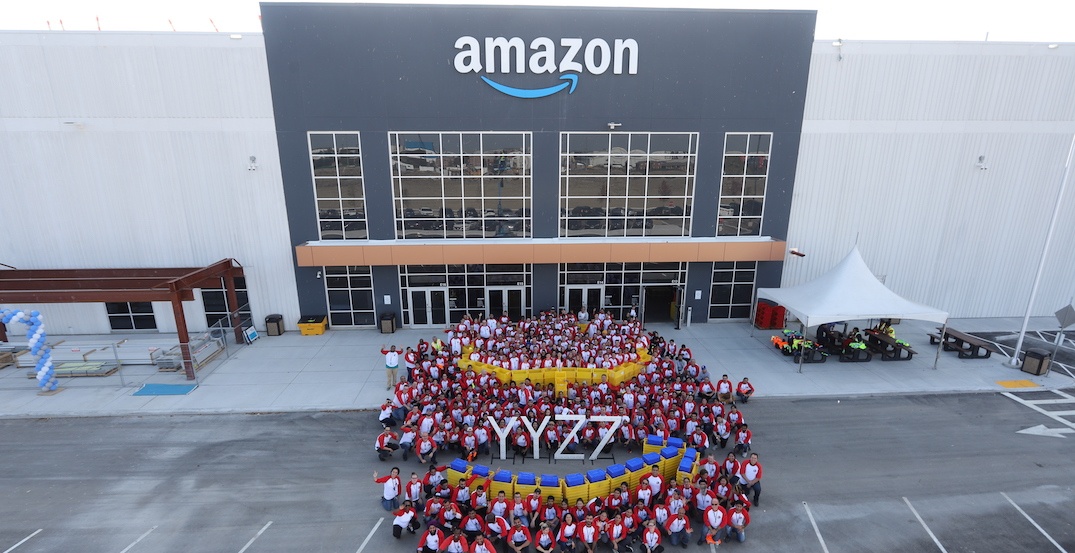 While Amazon’s Scarborough fulfillment centre has yet to open, another Ontario location is now up and running.

According to Amazon Canada, on September 22, the company opened its newest fulfillment centre in Bolton, Ontario. And with the opening, the company said it is hiring for more than 800 full-time seasonal jobs, this in addition to the 800 permanent roles they’ve already hired for.

Associates at the new facility will pick, pack and ship customer orders like books, children’s toys, and smaller electronics.

“We’re excited to bring on more than 800 new associates from Bolton and surrounding communities to support growing customer demand and launch of the new site,” said Anshuman Kumar, general manager of Amazon’s Bolton fulfillment centre, in a statement.

Last month, the tech giant announced it is building a new one million sq. ft. facility in Scarborough, which will be Amazon’s twelfth fulfillment centre in Canada, and seventh in Ontario, alongside existing Ontario operations facilities in Brampton, Mississauga, Milton, Caledon, and Ottawa.

In total, Amazon employs more than 10,000 employees throughout Canada working at corporate offices, development centres, and other facilities.