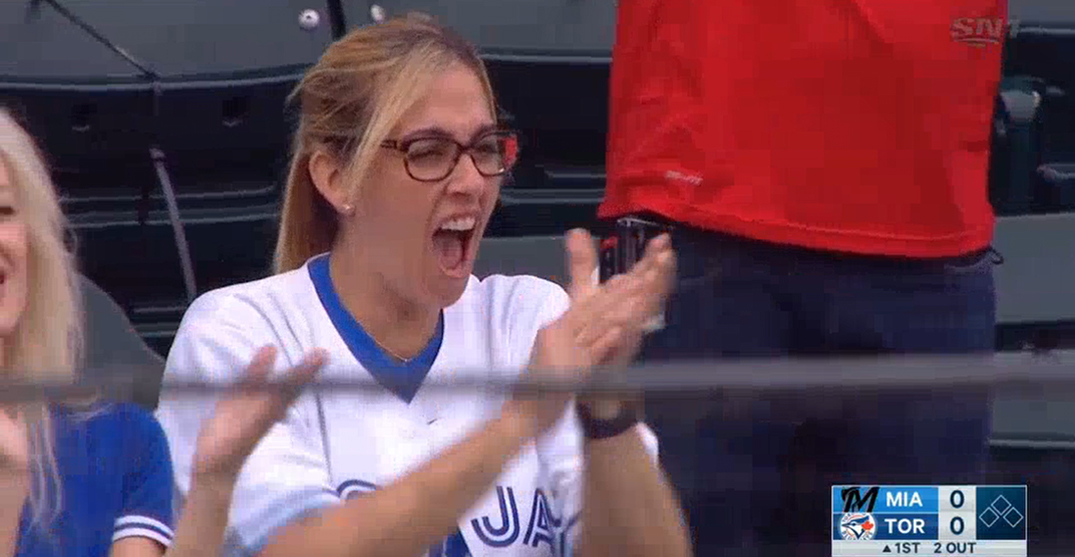 That didn’t seem to faze the 23-year-old as he pitched six innings of shutout baseball against the Yankees, making the second best starting pitching debut by a Blue Jays pitcher in franchise history.

As much as Manoah was the talk of baseball last week, his mother Susana stole the show as she and the Manoah family cheered loud and proud for Alek.

This week, Manoah’s personal cheering section made the trek to nearby Buffalo as Susana and the Manoahs witnessed his second big league start against the Miami Marlins.

Following his first game in a Blue Jays uniform, Manoah headed praise upon the matriarch of his family.

"I couldn't be more thankful. It's all for them."

An emotional @Alek_Manoah47 joined @thehazelmae to talk about his impressive MLB debut for the @BlueJays and how much his family's support means to him. #BlueJaysOnSN pic.twitter.com/75KU3AZanB