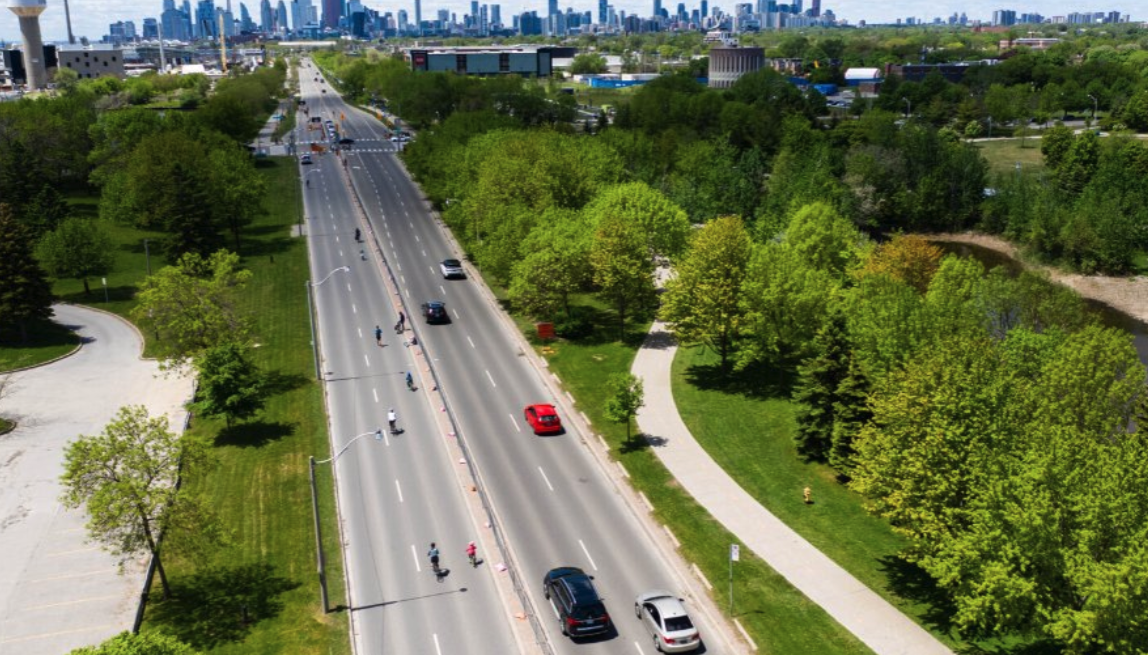 There will be multiple major road closures in Toronto again this weekend as part of ActiveTO, a program for pedestrians and cyclists to help them enjoy physical activity while keeping a safe distance.

Starting Saturday, June 27 at 6 am, there will be road closures in place until Sunday, June 28 at 11 pm.

“We are very quickly making our roads safer for cyclists, as well as building and expanding a city-wide grid of protected bike lanes. When provided safe options to bike, people will choose biking and have confidence they can get to work and go about their day safely,” Councillor Mike Layton, Ward 11 University-Rosedale, said.

The closures will include the following roadways:

The parking lots at Sunnyside Park, Sir Casimir Gzowski Park, and Budapest Park will also be closed all weekend during the ActiveTO closures. The City has said that any overnight parking is not permitted in these lots. Vehicles should be moved on Friday before midnight.

Vehicle access will not be permitted on these sections of roads to allow for walking, running, and cycling.

Closures will continue on a trial basis and be adjusted as required.