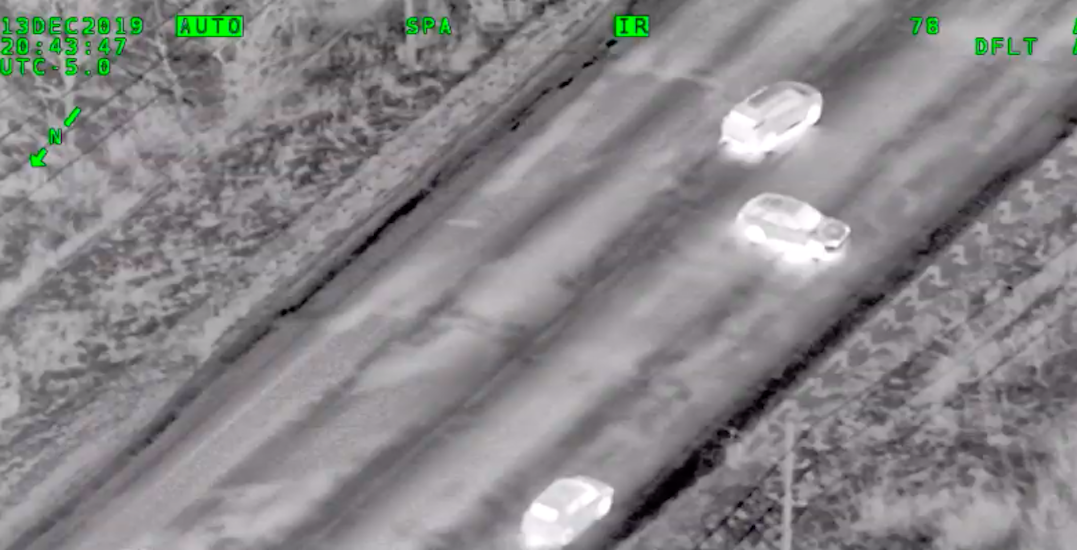 A 37-year-old man is facing charges after a concerned citizen called police about a possible impaired driver.

According to York Regional Police, multiple charges were laid against Mukhtar Abdullahi, of no fixed address, and a stolen vehicle was recovered following the call.

Police say on Friday, December 13, at 8:30 pm, officers responded to the area of Bathurst Street and Bloomington Road West in Aurora after a citizen called to report a suspected impaired driver.

The caller continued to follow the driver and provided updates to police dispatch on its location.

Soon after, the York Regional Police helicopter Air2 began observing the suspect vehicle and guided officers to where it had stopped in the middle of the road.

Police say the driver was arrested for impaired driving and through further investigation, officers discovered that the vehicle was stolen and a quantity of stolen property was located inside.

Abdullahi was also charged with Assault and Assault of a Peace Officer after spitting at a firefighter and a police officer while in custody.

“Sadly, we continue to see an increase in the number of impaired driving charges being laid each year. This year to date we have laid more than 1,600 impaired-driving-related charges, more than 100 more compared to the same time frame in 2018,” said York Regional Police.

Its RIDE program began on November 22, and will continue until January 5, 2020.