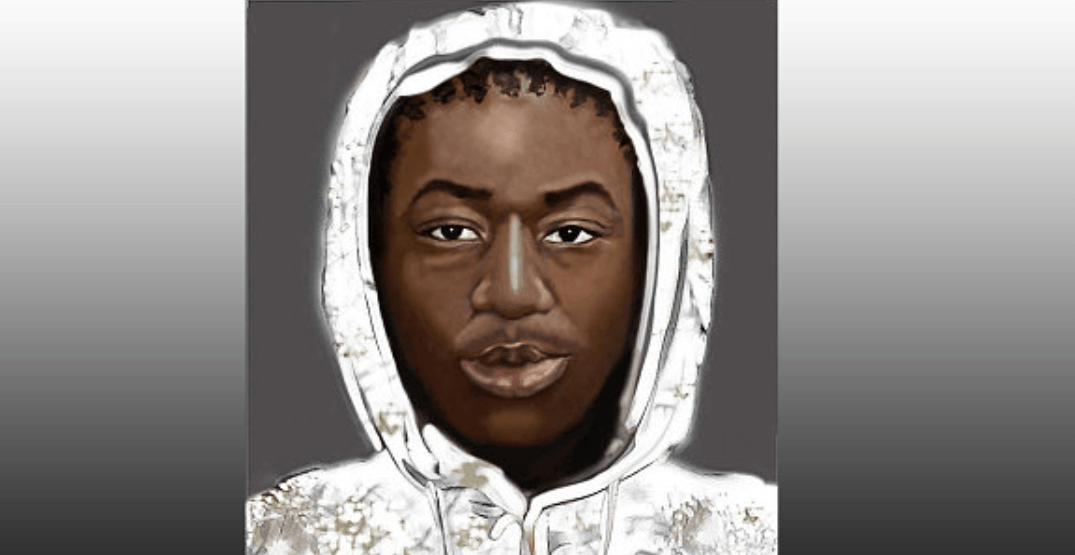 On September 11, 2016, 26-year-old Kiesingar Gunn was shot to death in front of the Forty2 Supperclub at 42 Mowat Avenue, in Liberty Village.

Now, as the three-year anniversary of his death approaches, police have released a composite sketch of the suspect, as well as extended their offering of a $50K reward for information leading to the apprehension of the person responsible.

The investigation began after Gunn and some family members left the Forty2 Supperclub around 4 am and got into his vehicle.

As Gunn was driving away, “he witnessed a group involved in a verbal and physical altercation in the parking lot,” police said. “Recognizing that one of the persons involved was a friend who was at the party, he exited his vehicle and walked towards the group involved in the altercation.”

Gunn was shot and killed as he attempted to intervene.

At a news conference on Tuesday, Leslie Dunkley with the Toronto police said the suspect fled on foot towards Mowat Ave. before entering a motor vehicle which was last seen going northbound on Mowat Avenue towards Liberty Street.

Police described the suspect as black, about 22-years-old, weighing 200 lbs. with dark complexion, 5’11” to 6’, slim build and braided hair (possibly cornrows). He was last seen wearing a white hooded sweatshirt with black prints or logo on it.

“I believe that there is someone out there who saw exactly what happened and can identify the suspect,” he said. “Our investigation revealed that the suspect was inside the club prior to the incident, but did not have any prior contact with our victim.”

Dunkley said the investigation has also revealed investigation to date also reveals there were at least 20 to 30 people who witnessed the incident directly and “I believe one or more of those witnesses knew the suspect and can identify him.”

Police Chief Mark Saunders has approved an extension of the existing $50,000 reward that expires today. It will now be effective until September 10, 2020.

The reward was first offered last year on the second anniversary of Kiesingar’s murder.

“Anyone with information leading to the arrest and conviction of the person(s) responsible for the murder of Kiesingar Gunn will be eligible to collect the reward,” added Dunkley. “We are hoping that by extending this reward, it will give an incentive for someone who witnessed the incident and can identify the suspect to come forward.”