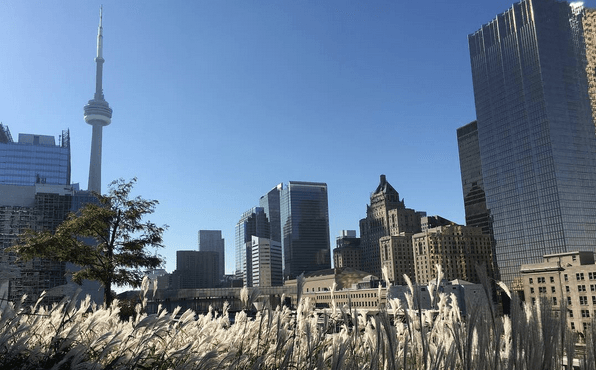 Another day into our beautiful short work week!

Enjoy all the sunshine and warmth, and check out these Hump Day events in and around Toronto today!

Trek Talks: An Astronaut’s Voyage To The Final Frontier

To explore the innovative ways in which Star Trek represented space travel and technology, Canadian astronaut Jeremy Hansen will be at the TIFF Lightbox for a keynote presentation on Star Trek and space.

The annual Reelworld Film Festival showcases films from around the globe tackling the most pressing issues of today. Dedicated to making an impact, the festival goes beyond ordinary screening to offer new ways to engage with stories and make hands-on change. After each screening, learn how to turn your inspiration into action with activists, nonprofits and leaders working directly on the issues in the Conversation Room.

Where: Various venues
When: October 12 to 15

Get all the funny bones tickling with tonight’s Access On Toronto! Hosted by Martha Chaves, special guests include Steve Patterson, the hilarious Arthur Simeon, Carol Zoccoli, and others.

Where: Danforth Music Hall, 147 Danforth Avenue
When: October 12 at 8 pm

Break out the catnip and the antiseptic, because this kitty is ready to pounce! Just in time for Halloween Ladies of Burlesque brings you “Cat People”, the B-movie horror masterpiece that hugely influenced all monster and slasher movies to come. Featuring a feline-infused performance from LoB favourite Paige La Pearl, this screening guarantees to frighten and entice.

And end your day with some dance grooves and Crystal Castles’ electronic beats. The Toronto band are playing a home show tonight at the Hoxton with Guidance and Kane Vale.