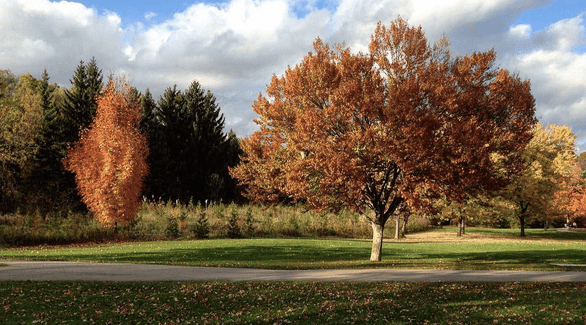 As Toronto continues to keep winter at bay, check out these events in the city today. From farmers market to music, these should play into the warm weather perfectly.

Have a happy Wednesday!

Missing the summer days for the farmers markets? Head to Montgomery’s Inn and it’s Indoor Winter Farmers Market. From fresh-baked bread, to local produce and ready to eat snacks, get your market cravings all under one roof.

Explore the number of ways in which Star Trek stacks up against the real universe, with leading theoretical physicist and cosmologist Lawrence Krauss. Go where the Enterprise may never have gone, demonstrating that truth can be stranger than fiction.

Head down to Steam Whistle Brewery tonight for the opening reception of Ruins. Ruins is a new exhibition collaboration by two photographers; Sean Galbraith and Korinne Robertson. The artists have a shared appreciation for forgotten and decaying architecture, but approach the subject from very different perspectives.

Where: The Roundhouse, 255 Bremner Blvd
When: November 2 at 7 pm

Toronto’s Alessia Cara is back, and at a bigger venue. Cara’s success began with her iconic anthem “Here” which garnered over a half-million streams in its first week of release! The young singer/songwriter is in town with Ruth B.

Where: Massey Hall, 178 Victoria Street
When: November 2 at 8 pm

From “Under Pressure” to “Space Oddity,” experience the fierce musical landscape of Queen and Bowie through music director Reza Jacobs’ wildly imaginative and theatrical arrangements as some of Canada’s greatest musical actors from Broadway, London’s West End, Mirvish, and the Stratford and Shaw Festivals bring their songs to life.

Where: Koerner Hall, 273 Bloor Street West
When: November 2 at 8 pm