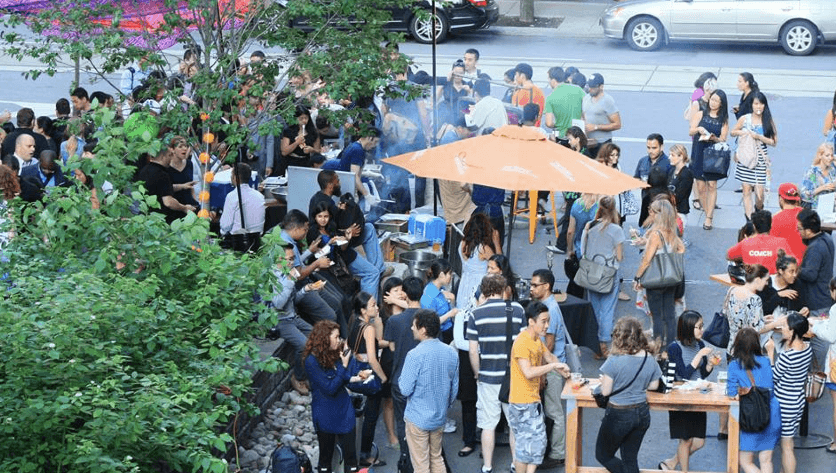 Take on Tuesday with a smile.

There’s Yoga, there are movies, and Twilight Tuesdays is back! So check out one of these events on this sunny Tuesday, Toronto.

Enjoy Tuesdays this August at Twilight Tuesdays, where the parkette next to Drake One Fifty will be transformed into a mini night-market, offering gourmet street food, summertime treats, and notable indie musicians.

Get your workout outside this evening. The Tidal Flow yoga class is inspired by the movements of, you guessed it, the tides of nature. Go become one with your body at this unique Vinyasa flow event. Suggested payment for the class is a $10 donation.

The 1980’s band from Buffalo have evolved past “Iris” and have released their new album Boxes. Back on the road, John Rzeznik and Robby Takac are in Toronto tonight to woo us with other 90’s love, Collective Soul.

It’s that time of the week again! Free movies at City Cinema, and tonight be prepared to laugh out loud as it’s Wayne’s World movie night!

Where: Younge-Dundas Square
When: August 9 at 9 pm

ANIMAFEASTIVAL: A Feast Of A Festival Of Animation