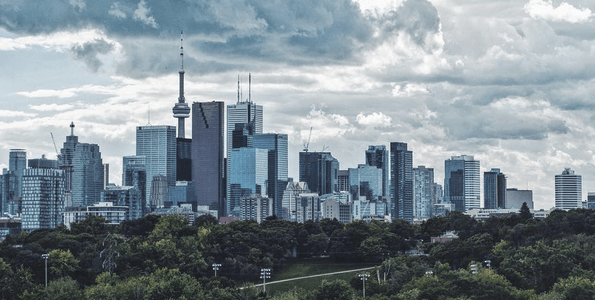 And to get your Thanksgiving going, here are some awesome events to check out today in Toronto.

Get that long weekend started early, and have a great Thursday!

Check out the Red Carpet action tonight as Canada’s Walk of Fame kicks off its celebratory event with a public outdoor Red Carpet Star Unveiling from 4 pm to 6 pm. The Broadcast Gala will follow, and for those without tickets, it will be televised live.

Our favourite Thursday event is back! The AGO is hosting its “First Thursday” celebration, and features musical headliner Kardinal Offishal. The evening also celebrates the opening of the landmark exhibition Toronto: Tributes + Tributaries, 1971-1989, featuring a dynamic collection of artists and collectives responsible for the development of our city’s wide-ranging art scene.

The travelcuts TRAVEL DOC FILM FEST returns for its second year this fall. Tonight, they unveil the 2016 travel documentaries shot and edited by last year’s three finalists as well as this year’s top three submissions. All proceeds will be donated to WaterAid.

Venture over to west Queen West for a flea market you won’t soon forget. A shopping experience unlike any other, based on one of our fave online communities.

Where: The Gladstone Hotel, 1214 Queen Street West
When: October 6 at 7 pm