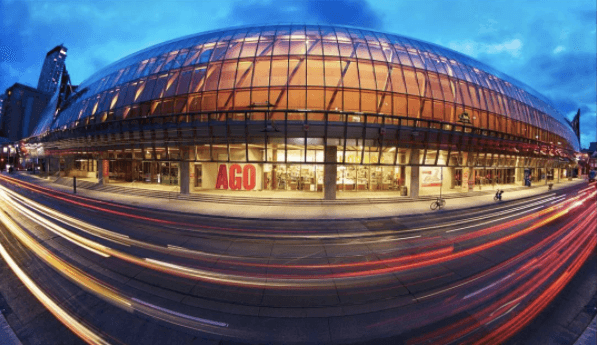 The AGO's First Thursdays is on tonight! (@agotoronto/Instagram)

We’re not really sure how that happened either. But we will try and make the most of the month, and end our 2016 on a good note!

Start off the last month of the year with these events happening in Toronto today. And yes, free tacos are included!

Not sure how to start your December? How about a free lunchtime gig? Canadian duo Heartstreets pulls heartstrings with their sultry songs over electronic beats. Heartstreets – the Montreal duo whose sound blends hip hop, R&B, and soul – will be performing at the First Canadian Place Waterfall Stage.

This special screening of Moonlight will be followed by a panel discussion moderated by TIFF Artistic Director, Cameron Bailey, and TiKA The Creator, producer of #Gyalcast.

December’s First Thursday looks back at the year that was Bringing together Zebra Katz and a group of local artists, including Lisa Smolkin, ReBaie by Rebée, and Yuula Benivolski, guests will think and feel their way toward new realities and new beginnings.

Montreal’s Half Moon Run are on a Canadian theatre tour this winter and will be playing in Toronto tonight with Plants and Animals. The band is known for their epic live performances using multiple instruments and breakthrough single “Full Circle.”

Where: Massey Hall, 178 Victoria Street
When: December 1 at 7 pm

In case you missed this somehow, this is a FREE taco party tonight! Get your weekend started early, as there will be DJ’s, drinks, and of course, tacos. The first guests to arrive will receive free tacos!