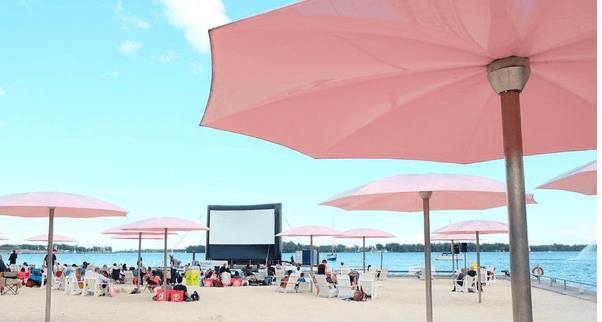 Rain or shine, there are enough awesome events in Toronto today to keep us smiling.

From Tony Hawk (yes, really) to Lil Yachty and of course, Sail-In Cinema, here are some things to check out today in Toronto!

To celebrate the Canadian launch of his signature apparel, accessories, and footwear brand, the Tony Hawk Lands in Canada event will feature the 900 man himself, along with other skateboarders.

Where: Yonge-Dundas Square
When: August 18 at 8 am

As part of the summer line up hosted by City Hall, Tasty Thursdays will feature delicious foods in time for lunch, along with live music. This event ends next Thursday!

The two-sided floating movie experience is a must see for Torontonians, on land or at sea, and it returns tonight! This is the only outdoor theatre that caters to boaters and leg commuters alike. And it’s totally free.

Check out Toronto’s independent retailers and local craft food brands in a night of exploring Queen West’s trendiest retailers while snacking on treats made by some of the city’s favorite makers.

Where: Queen West between Peter and Palmerston
When: August 18 at 6 – 8 pm

Lil Yachty is definitely lil – 18-years-old to be exact. The young Atlanta rapper/hip hop artist and his unique sound has captured a new generation of rap fans. Catch his anticipated debut show in Toronto tonight – if you’re able to get tickets!

Where: Pheonix Concert Theatre , 410 Sherbourne Street
When: August 18 at 8 pm