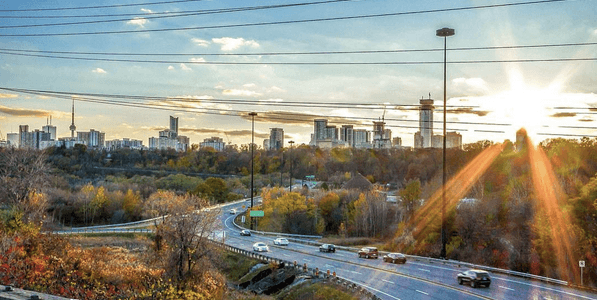 Get your week started on the right foot with one of these events in Toronto today. And whatever you end up doing, have a great week ahead!

In Conversation With… Robbie Robertson

In celebration of his highly-anticipated memoir Testimony, legendary songwriter and guitarist Robbie Robertson joins George Stroumboulopoulos for a unique onstage conversation about his life, music, and artistic influences both with The Band and as a solo artist, as well as his collaborations with award-winning musicians and filmmakers such as Ronny Hawkins, Bob Dylan, and Martin Scorsese.

Get your hands dirty every Monday night with some artful food fun! Stop by The Drake tonight to taste a selection of bread + honey from local bakers + beekeepers. Featuring Boralia, Actinolite, Mattachioni + more!

Catch last few days of the European Union Film Festival, with movies from all over Euopre and all for free!

Eat, Buy, Repeat: The Second City’s Guide to the Holiday

A boisterous comedy that will have you laughing all the way through the festive season! Eat, Buy, Repeat: The Second City’s Guide to the Holidays is full of original songs, hilarious new sketches, plus some Second City favourites from holidays past.

The Toronto Festival of House Culture returns for its third year, and with it come a slew of awesome events at different homes throughout the city. If you’re looking to check out a house concert in someone’s living room, you’ve got it. Or perhaps a vegetarian pot luck? There’s an event for that. Maybe you just want to draw with others, and there’s an art party for that too.

Where: Various locations
When: November 21 to 27