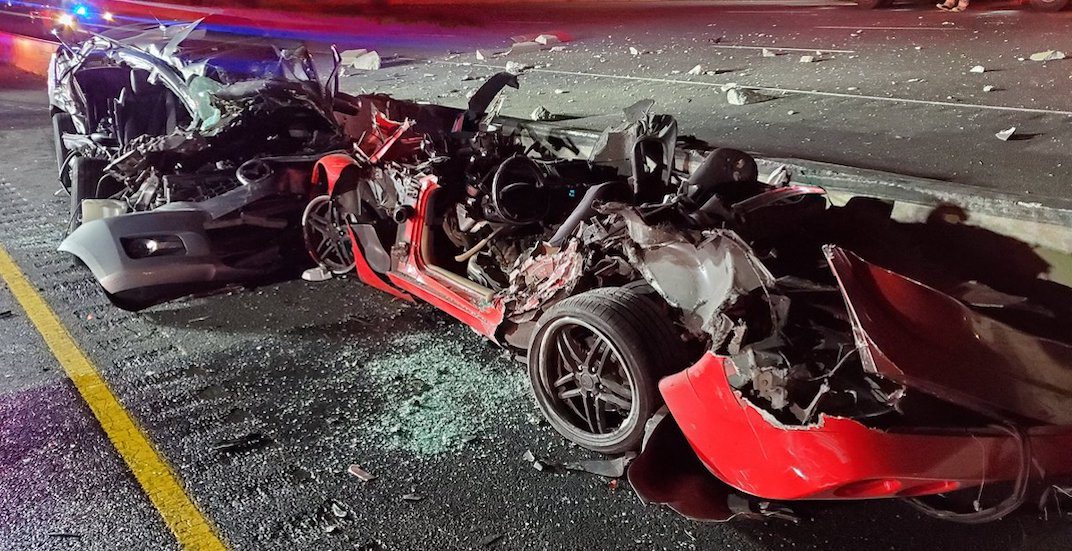 Two people lost their lives and three others were injured following a three-vehicle collision that included a transport truck going up in flames, on Highway 401 in Mississauga last night.

OPP Sgt. Kerry Schmidt said on Twitter that initial reports indicated a Corvette lost control after passing a semi-trailer and then collided with the truck, causing it to go into the express lanes and roll over and burst into flames. At this point, a third vehicle became involved in the collision.

Schmidt said a 77-year-old passenger in a Mazda and the 34-year-old male driver of a Corvette died in hospital.

Following the incident, the highway remains littered with debris and crews are still working to clean up the scene.

Police say they expect cleanup to continue throughout most Monday, which may result in longer travel times.

Remains of a three vehicle, double fatality on #Hwy401 https://t.co/3QdBiIYQB2