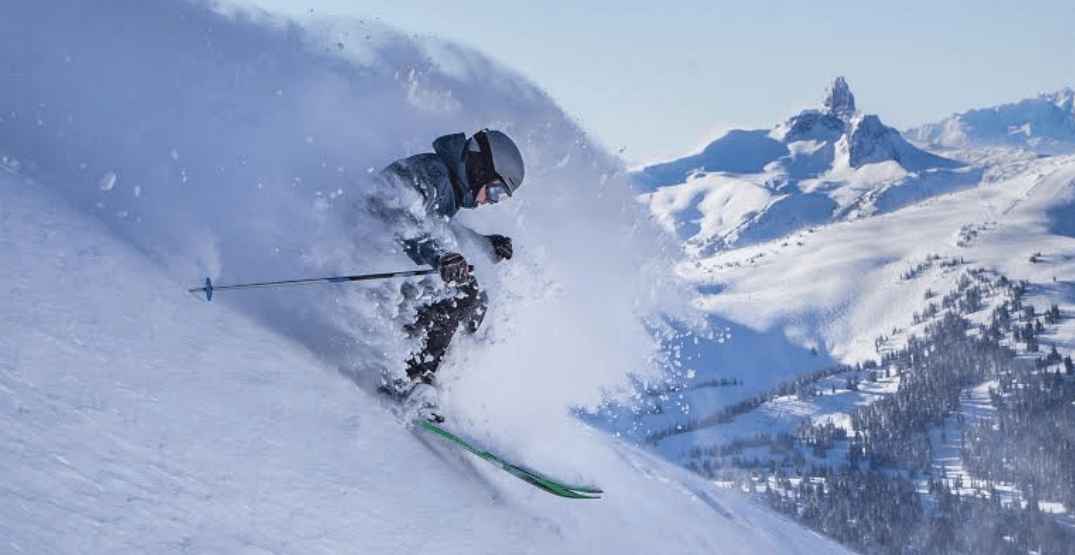 While we haven’t encountered any snow yet this November, our favorite mountains north of the border, Whistler and Blackcomb, are ready and opening for the ski and snowboard season.

According to resort spokesperson Marc Riddell, the lifts will start turning on both mountains, this Thursday, November 28.

“We were blessed with good snow month in the month of October, where we had some natural snow – combined with our snowmaking efforts – and are able to open on the 28th,” said Riddell.

Conditions are still marginal, however, and there will be no backcountry skiing for opening day.

As for what exactly will be open, Riddell told Daily Hive that people will be able to ski basically to Big Red Express and the Emerald Zone on Whistler, using “designated routes within that acreage.”

Whistler will have the Village Gondola, Emerald 6 Express and Franz’s Chair open to ski Ego Bowl and Upper Whiskey Jack.

It will be a similar situation on Blackcomb, where “we’re working towards getting a good package on there,” he said.

The Jersey Cream Express, Excelerator, and Excalibur chairlifts will be open on Blackcomb, though guests are asked to download via the PEAK 2 PEAK and Village Gondola.

Both mountains will also be “gondola download-only situations.”

Whistler Blackcomb will also unveil the first of its three new lifts this Thursday.

The Emerald 6 Express Chairlift will take six people and move 3,600 people per hour through the busy Family Zone, a corridor that skiers and snowboarders use to move between Harmony and Symphony bowls, and a central point heavily used by beginners, the Snow School and families.

Last December, Vail Resorts announced it would make what was then the largest one-time capital investment in a ski hill at Whistler Blackcomb, adding a new gondola for Blackcomb Mountain, two lift upgrades and several year-round focal projects.

Following the Emerald 6 opening, a second ceremony will be held for Catskinner Chairlift on Blackcomb, as soon as weather permits. Upgraded from a three-person to a four-person, high-speed lift, Catskinner can now carry 2,800 people per hour.

And while some might be concerned about the drier November this year, Riddell noted that this year’s opening conditions — as well as the terrain available for opening day — are “similar to how we opened last year.”

Still, it never hurts to keep doing that snow dance.