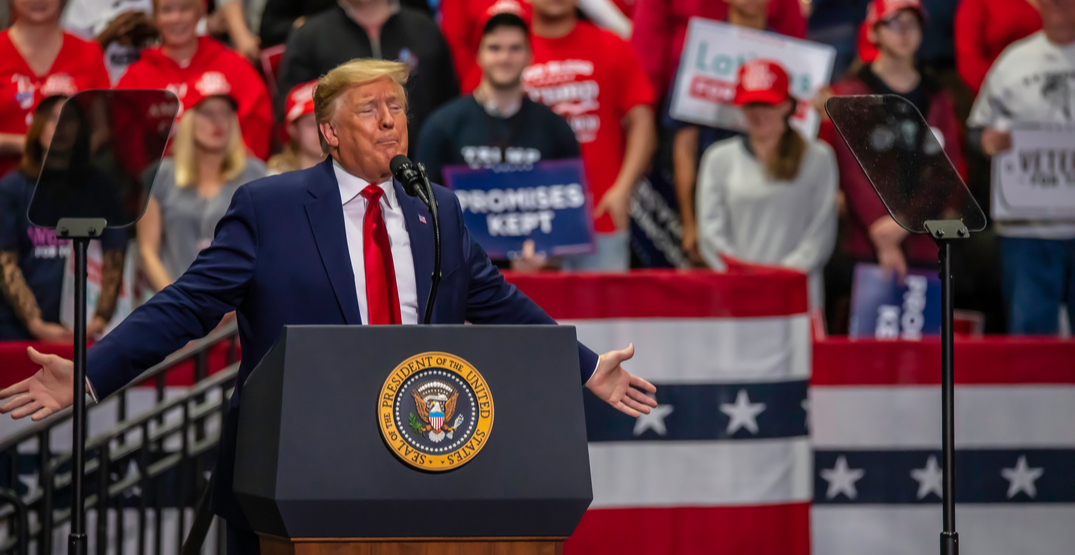 President Donald Trump says his administration will do “everything in its power” to cease federal funding to cities.

“We’re putting them on notice today,” Trump said in a tweet Wednesday night. At the end, Trump tagged Russ Vought, the current director of the White House Office of Management and Budget.

My Administration will do everything in its power to prevent weak mayors and lawless cities from taking Federal dollars while they let anarchists harm people, burn buildings, and ruin lives and businesses. We’re putting them on notice today. @RussVought45

“This is the latest attempt to distract from the fact that COVID-19 has infected over 6 million Americans, killed 185,000 people, and destroyed the American economy,” wrote Seattle Mayor Jenny Durkan on Twitter. “The only anarchy zone in America, where the rule of law is disregarded, is at the White House.”

“Our cities, and the millions of Americans who we represent, are not President Trump’s political pawns,” reads the joint statement. “We are confronting unprecedented challenges—fighting back a pandemic and economic devastation without another stimulus.”

“Now, instead of leadership from the White House, we are faced with new attacks that are unlawful, unconstitutional, and will be undoubtedly defeated in court. President Trump needs to wake up to the reality facing our cities—and our entire country—and realize he is not above the law.”