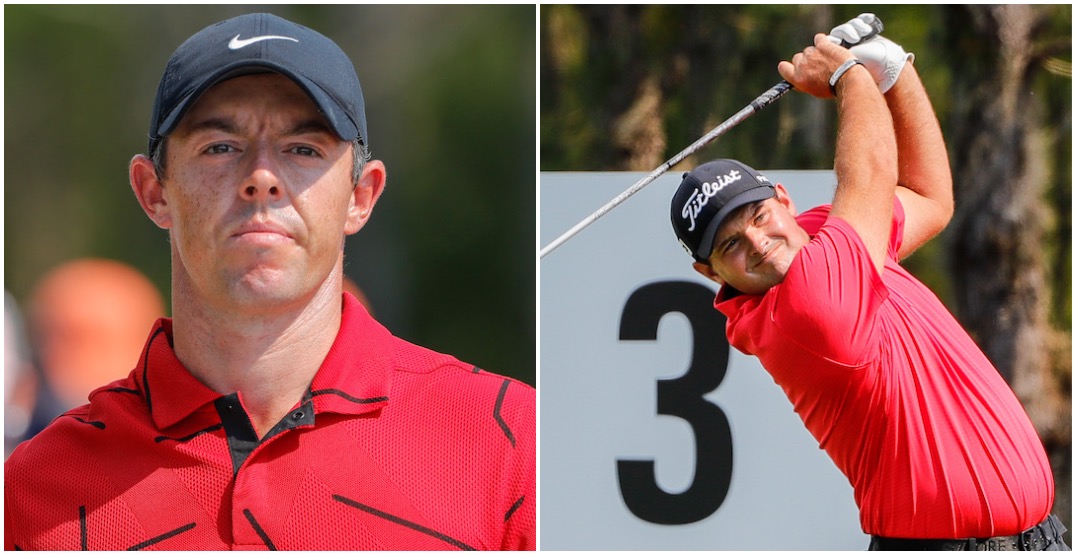 While Tiger Woods is recovering from his near-fatal car accident, many of his golf contemporaries are honouring him.

Last week, Woods was taken to hospital after he suffered a fractured right leg and a shattered ankle from that car accident. This caused him to go into a “long surgical procedure” to repair those injuries.

Woods recently moved from Harbor-UCLA Medical Center to Cedars-Sinai Medical Center. He is now “recovering and in good spirits,” his team said on Friday.

During the final rounds of the Workday Championship and Puerto Rico Open, many of the competitors, including Rory McIlroy, donned the 15-time major champion’s signature Sunday red and black for the final round.

On the LPGA Tour, golfer Annika Sorenstam and her family were rocking Sunday red as well.

The first time @McIlroyRory has worn red and black in his career. 🔴⚫ pic.twitter.com/mpXDbJreOD

Golfers also put Tiger’s name on the golf balls they would be using.

We’re pulling for you @tigerwoods. A mentor, idol and role model to my career, there’s no one that could come out of this stronger. We are glad you’re here. See you soon. pic.twitter.com/do977kq5oI

Sunday at Cologuard Classic. @TigerWoods in my thoughts. I am using your Bridgestone golf balls this weekend. pic.twitter.com/cvYQpZ0jIe

Woods took to Twitter and offered a heartfelt thanks to his fellow golfers for their tribute on Sunday.

It is hard to explain how touching today was when I turned on the tv and saw all the red shirts. To every golfer and every fan, you are truly helping me get through this tough time.

“It is hard to explain how touching today was when I turned on the tv and saw all the red shirts,” Woods wrote. “To every golfer and every fan, you are truly helping me get through this tough time.”

Collin Morikawa won the event, and he joined Woods as the only two golfers to win a major championship and a World Golf Championship event before turning 25 years old.

“Tiger means everything to me,” Morikawa said to the Golf Channel. “He had the crash and thankfully he’s alright and hopefully he has a quick and great recovery, but I don’t think we say thank you enough.”