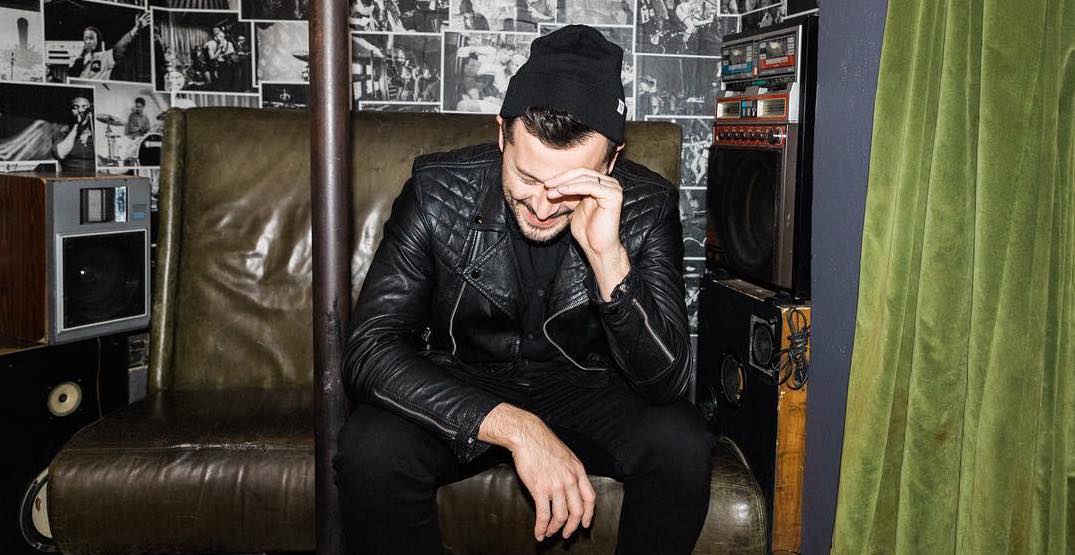 When he’s not out touring, Brian Fennell, also known as SYML, is your everyday suburban dad. Currently living with his wife and two kids, he jokes that Sammamish is very much like every other suburb, telling us about their Whole Foods and Chipotle, and how, like most of us, he feels like he’s on an island just trying to survive day to day with his kids.

With kids, Fennell ventures less into Seattle. Although he sticks to his suburb, he’s definitely kept his appreciation for the city that helped form his craft. He tells us that “maybe subconsciously, Seattle influenced my decision to become a musician. Growing up into middle school is sort of where I really found more of a musical identity — it was a little bit after grunge. [Being raised in Seattle] definitely shaped the music I played in my first bands with friends.”

As a lover of the rainy weather — literally his favorite thing about the pacific northwest –Fennell can’t see himself living anywhere other than Seattle.

In a past interview with The Charlatan, Fennell mentioned that the lens in which he sees the world through is a little darker, which we infer is in part to his Seattle upbringing. “Being around the mountains and in wet and harsh weather shapes people a little bit differently, and my art as well.”

Moving into the topic of Seattle’s growth, Fennell definitely feels a toll of the recent tech expansion, believing that it’s partly due to Microsoft and Amazon. “There’s definitely a tech center vibe now, with tech bros especially, places that I used to love going to are definitely not for me, it feels like.”

Fennell doesn’t totally identify with the Seattle scene anymore but believes that overall, people in Seattle are friendly and interconnected. He still takes refuge in his favorite Seattle bar: Canon, and enjoys shows at The Showbox.

“There’s just not one type of person in Seattle,” he explains, “I’ve seen a lot of places and would only choose to live full time in Seattle.”

Fennell was previously the singer for popular indie band Barcelona, before focusing his time on his side project, SYML. Being adopted and not knowing his history to his Welsh roots, many of his songs are influenced by the complex feelings that come from unknown lineage. His name, SYML, was discovered by his wife, who discovered that the term means simple in Welsh.

Along with his most popular track, “Where’s My Love,” he urges you to listen to the last few songs off his self-titled album SYML, which he’s incredibly proud of. “A lot of artists are not waiting a long time to release new music, so who knows where I’ll end up,” he teases.