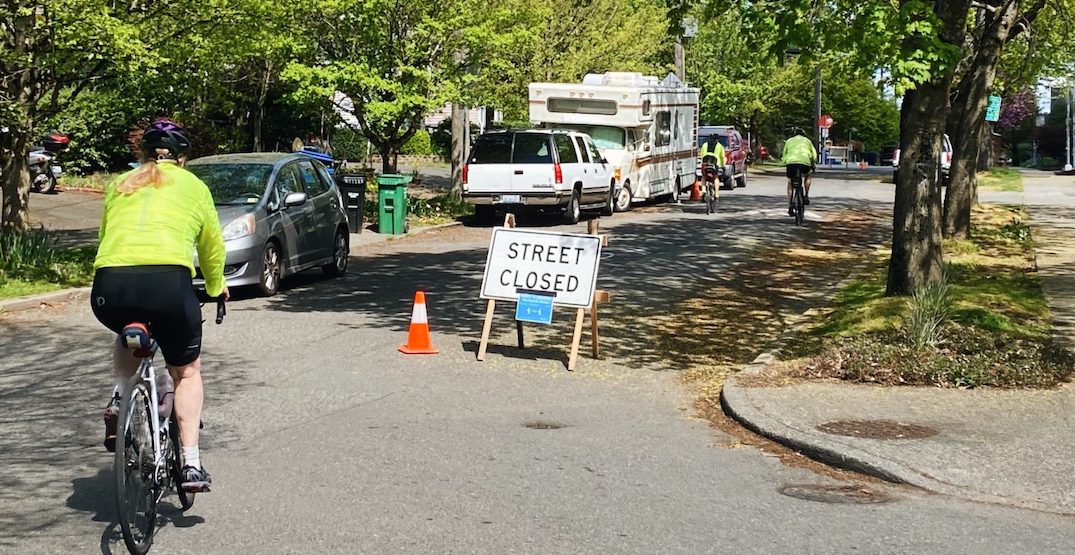 After successfully creating bike and pedestrian paths through 2.5 miles of residential streets in the Central District and West Seattle last week, the Seattle Department of Transportation has decided to include three more neighborhoods in their Stay Healthy Streets initiative.

The initiative hopes to promote physical distancing by closing streets to cars thus leaving more room to pedestrians and bikers.

In the coming weeks, the city is planning to close a total of 15 miles of streets.

This Friday, 6 miles of streets in Greenwood, Othello, Rainier Beach, and Beacon Hill will be opened exclusively for those walking, biking, rolling, skating, and running.

The Department of Transportation will also be extending the Central District route to include E Columbia Street, creating a total of nine miles of Stay Healthy Streets, building off the 196 miles of Seattle’s bike facilities and trails.

Thank you @seattledot and @MayorJenny for expanding #StayHealthyStreets to three new neighborhoods this weekend: Greenwood, Beacon Hill, Rainier Beach. And an extension in the Central District along Columbia St! https://t.co/kkb8rgkGtU pic.twitter.com/vtkd0PtyG3

Initial observations from last Sunday indicate that driving along Stay Healthy Streets in the Central District was down about 91% from 2017 data, while bike travel was up 299%.