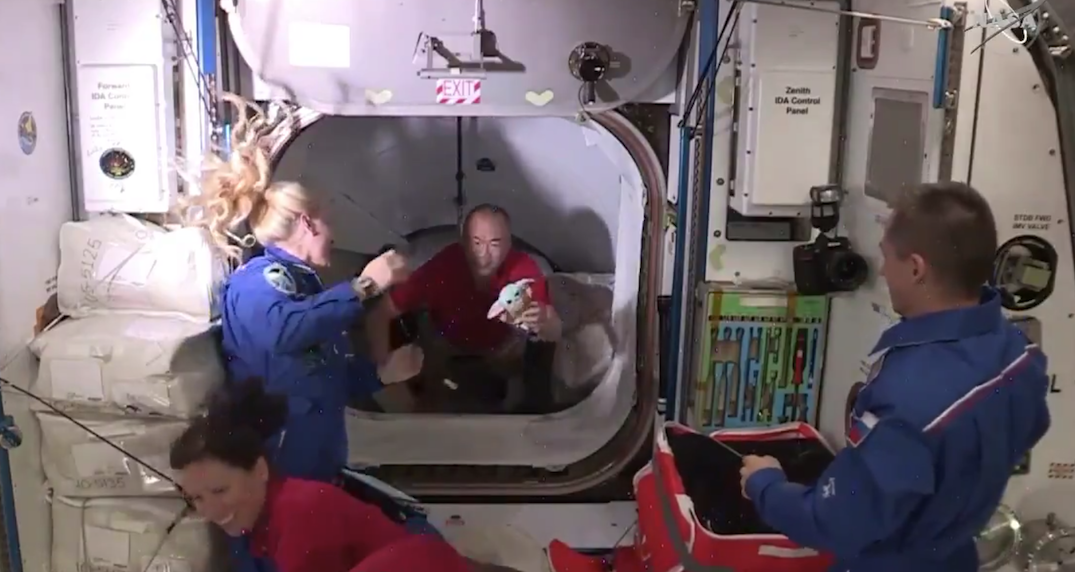 After a long journey through the darkness with bird’s eye views of planet earth in the rear-view, Space X’s Crew-1 mission docked at the International Space Station (ISS) late Monday night, carrying with it four astronauts and, not to mention, a special little helper.

The hatches are open and NASA’s @SpaceX Crew-1 astronauts Shannon Walker, @Astro_Soichi, @AstroVicGlover, and @Astro_illini are the newest residents aboard the @Space_Station. Welcome aboard! pic.twitter.com/WYwC7jRVQk 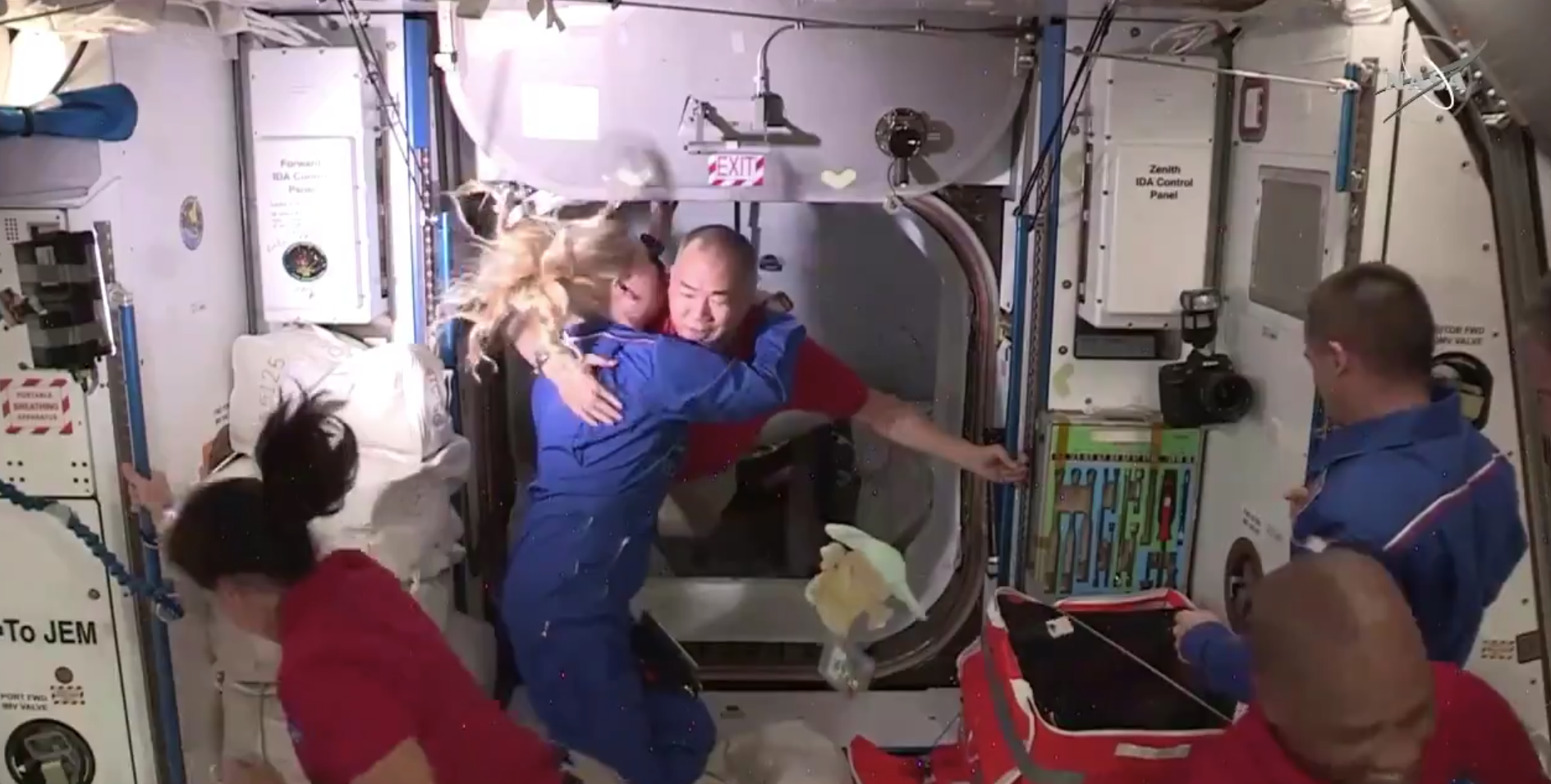 The Baby Yoda doll, modelled after the character “The Child” from Disney Plus’ The Mandalorian TV series, was also seen tied to the wall during the flight after launch, being used as an indicator to the astronauts that the launch phase is over when the doll begins to float weightlessly, indicating that zero gravity has been reached.

Of course, Baby Yoda was also used to make sure the force is with the crew…

Congrats to NASA and Space X for a successful launch!! And shout out to the Baby Yoda “Zero G Indicator” @NASA @SpaceX pic.twitter.com/kKRbNR8Veg

The astronauts (and Baby Yoda) are set to begin a six-month science mission aboard the space station. They will conduct science and maintenance work, returning in Spring 2021, the longest human space mission ever launched from the United States.

The view from SpaceX’s Crew Dragon flight as it coasted over the earth on Sunday. (SpaceX / Twitter)

The Crew-1 mission marks the first commercial flight to the International Space Station. A step closer to eventually getting regular commercial space flights in order, a long time vision of Space X founder Elon Musk. It’s the first time in history that the Federal Aviation Administration has licensed a human orbital spaceflight launch.

“SpaceX and NASA, congratulations, this is a new era of operational flight to the International Space Station from the Florida coast,” the mission’s commander, astronaut Mike Hopkins, told mission control after docking at the ISS.