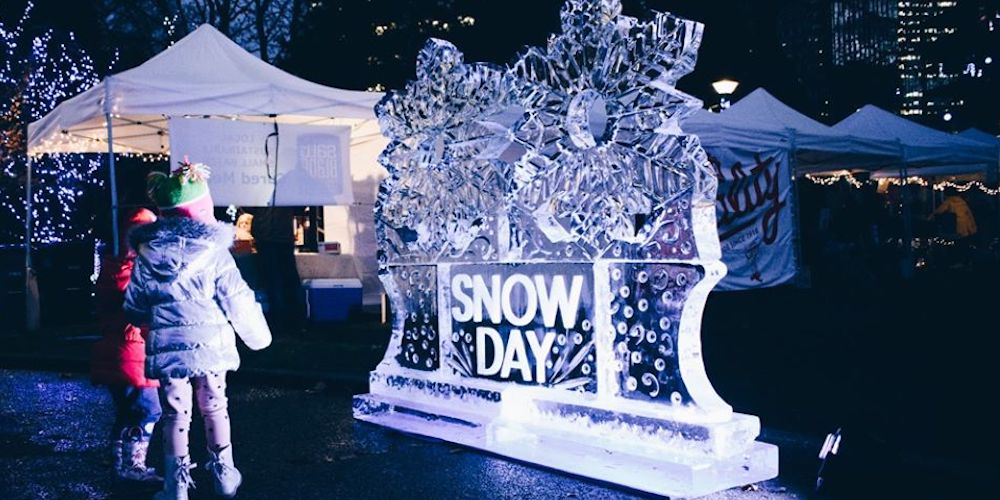 Now that we’ve been experiencing longer nights, it’s time for brighter lights in the South Lake Union area. Denny Park is about to become a lit-up winter wonderland until the end of January during the annual Snow Day: an immersive lighting display.

Starting next Friday, December 6, the park will come to life with over 300,000 lights and decorations. The center of Denny Park will host a kick-off party from 4 to 6 pm at the center of Denny Park. The free event will feature live entertainment in the form of local artists, winter fairies, and a giant inflatable snowglobe — perfect for photo ops!

Don’t worry about dinner, as there will be several food trucks to pick from and a beer garden for those aged 21 and over. There will also be a winter market packed with crafts from local artists and makers to kick off your holiday shopping.

The park is accessible through the King County Metro system. Transit users can take bus routes 5, 116E, 8, 40, 62, RapidRide C Line, and the RapidRide E Line to make it 1 to two blocks away from Denny Park.

For drivers, most of the street parking in South Lake Union is free after 6 pm. There are also a number of paid parking lots available with slightly higher rates.