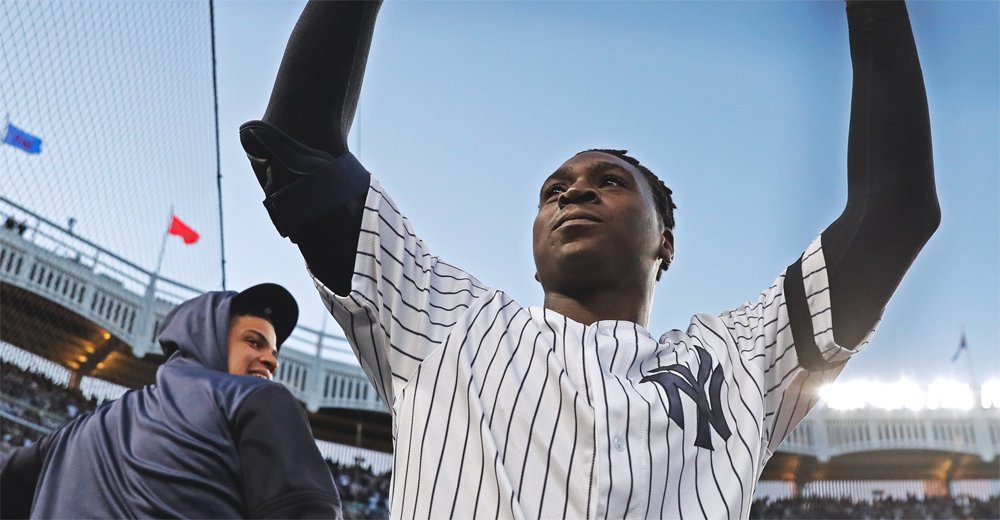 The 2019 season was ground zero for the Seattle Mariners rebuild. After winning 89 games in 2018 and missing out on the playoffs for the 17th consecutive season, Jerry Dipoto went into full-on “dismantle mode” last offseason.

2019 was the end of an era for two Mariners franchise staples, which saw Ichiro retire and Felix Hernandez likely pitch his last game in a Mariners uniform. 2020 will be a vastly different season in Seattle for many reasons.

While the Mariners are in the early stages of their rebuild, they still have holes to fill on the roster. For Dipoto and company, that means dipping into free agency.

This offseason is one of the more star-studded free agent classes in recent memory, with World Series champions Stephen Strasburg and Anthony Rendon hitting the market, and AL Cy Young favorite Gerrit Cole.

The Mariners won’t likely be shopping at the top of the market for free agents this winter, but here are some names who could fill vacancies on the M’s roster in 2020 and beyond.

J.P. Crawford took the reins as the Mariners’ starting shortstop in 2019, but there is still vast room for improvement for the M’s at short. Free agency doesn’t offer many bona fide shortstops, except for one: Didi Gregorius.

The former Yankees fixture is a free agent for the first time in his career and hopes to bounce back from his injury-shortened 2019 campaign.

The Mariners could make room for Gregorious on their infield depth chart, and his bat provides some veteran left-handed power. Offering a three-year deal in the $50 million range seems about right for a player of Gregorius’ ilk.

Just like every other team in baseball, the Seattle Mariners will look to improve their starting rotation this offseason. According to the Wins Above Average metric, the Mariners’ starting pitchers ranked 24th in MLB in 2019.

Seattle already has the makings of a promising front-end of the rotation with Marco Gonzales and Yusei Kikuchi. Plugging in a proven veteran like Hyun-Jin Ryu would make a world of difference for the Mariners’ rotation in 2020.

Ryu is coming off a career year with the Los Angeles Dodgers where he posted a league-best 2.32 ERA and 179 ERA+ in 29 starts in LA, collecting 163 strikeouts along the way.

Dellin Betances’ 2019 season was a complete write-off as he suffered an early season shoulder injury and was sidelined by a torn Achilles late in the season. Yet, heading into the 2019 campaign, Betances was one of the biggest workhorse relievers in baseball for a five-year stretch.

The Mariners finished the 2019 season without a closer and Betances needs to find a home for the 2020 season. He’s never closed out games for a full season, but armed with a wicked fastball, Betances is more than capable of taking the helm as the Mariners’ new closer.

The M’s had nine different relievers collect at least one save during the 2019 campaign and the back-end of the bullpen was an area in constant flux the entire season.

The Mariners desperately need relief help in 2020 and Betances and his 6″8′ frame would be a welcome addition.

Jarrod Dyson spent the first seven seasons of his career with the Kansas City Royals before spending a very brief one-year stint in a Mariners uniform in 2017. The former M’s outfielder is a free agent once again and a Dyson reunion in Seattle makes all the sense in the world.

Dyson’s biggest assets are speed on the base paths and his glove in the outfield, neither of which have deteriorated even at age 35. He stole 30 bases with the Diamondbacks last season and amassed 13 defensive runs saved in 130 games in Arizona.

Corey Dickerson doesn’t come with the cache of a marquee outfielder, but he’s the perfect Swiss Army Knife player who could fit in on any team and make their outfield that much better.

Injuries limited Dickerson to play only 78 games in 2019, but his advanced metrics looked great; a 127 wRC+ and .320 wOBA paint a positive picture for the veteran outfielder.