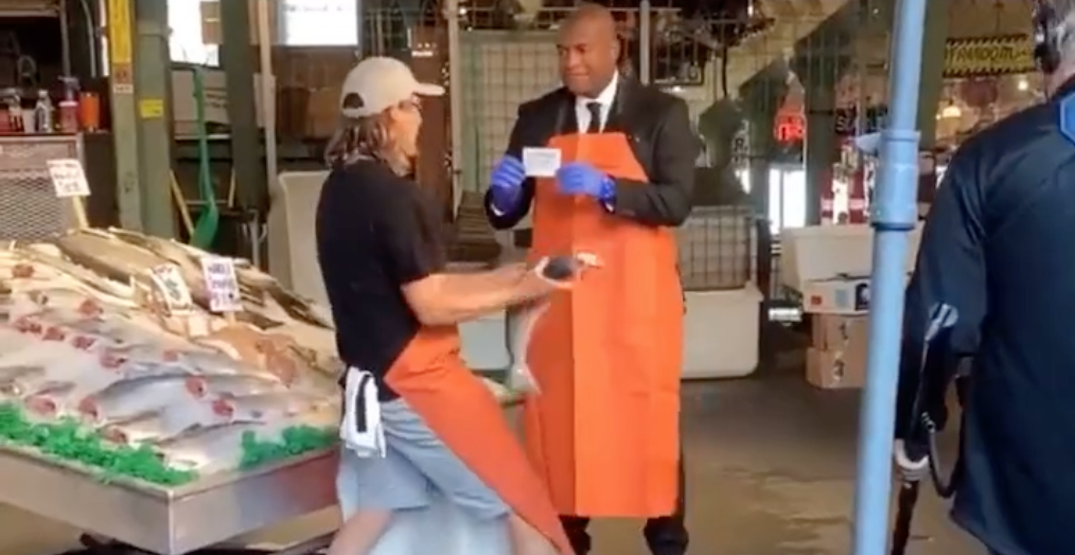 Alexander Kerfoot appears to be the selection for the Seattle Kraken from the Toronto Maple Leafs in tomorrow’s expansion draft.

Move over, Elliotte Friedman: you can credit Twitter user @Ieafsfan for being hockey’s latest insider. An apparent leaked video posted on Tuesday morning showed a fish being thrown out of a local fish market, with Alexander Kerfoot’s name being read off of a note attached to the fish’s body as the Kraken’s pick from Toronto.

NHL analyst Kevin Weekes is on the right in the video, with what appears to be one of Pike Place Market’s famous fish throwers reading out Kerfoot’s name.

ESPN’s Greg Wyshynski reported Monday that Steve Mayer, the NHL’s chief content officer, stated that Pike Place would be the site for one of Wednesday’s reveals.

Some posed that perhaps the Kraken simply filmed multiple videos for each option, but others added that seems like unnecessary work for the team and league to do.

The Kraken offered a reply:

not shown: 5+ other takes the NHL filmed in preparation for tomorrow’s big event. 🙃#keepguessing 😘

Kerfoot grew up just north of Seattle in West Vancouver. The 26-year-old center played two seasons with the Leafs, scoring 23 points (8-15-23) in 56 games this year.

The Kraken’s full list is set to be announced tomorrow at 8 pm ET/5 pm PT on Sportsnet.