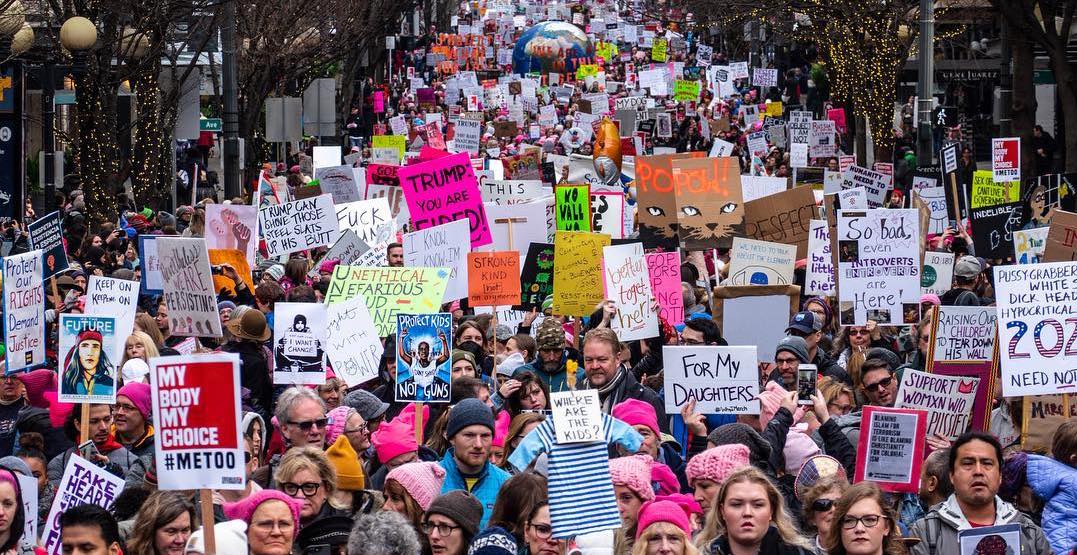 Celebrate International Women’s Day on March 8 by joining thousands of marchers at one of two Womxn’s Marches throughout Seattle.

The first march, the Fourth Annual Womxn’s March on Seattle, will be led by a team of enthusiastic youth activists. The march will take place at 1 pm at the Beacon Hill Playfield.

The second march, the International Working Womxn’s March, is organized by API Chaya, who will be celebrating 25 years of service and advocacy for the women of the Asian Pacific Islander community. The march honors the lives of Susanna Remerata Blackwell, Veronica Laureta, and Pheobe Dizon.

The International Working Womxn’s March starts at 12:30 pm with various speakers, including Simsimtko Whitewing, an 18-year-old senior at Muckleshoot Tribal School. She will be using her voice to talk about youth suicide awareness in First Nations communities.

Both marches will begin at 2 pm, eventually merging to amplify their messages in a historic show of solidarity. The united march symbolizes the power of the people coming together to dismantle systems of oppression, regardless of age, gender, or identity.

Marchers are encouraged to bring signs and posters to help amplify their voices and make them heard. “This movement is designed to destroy systems of oppression and uplift voices that were silenced,” said Fadumo Roble, a youth ambassador for the Bill and Melinda Gates Foundation as well as a founding board member for Eastside For All and Movement of Advocacy.

Those of all genders and identities are welcome and encouraged to take part in showing their support and solidarity.