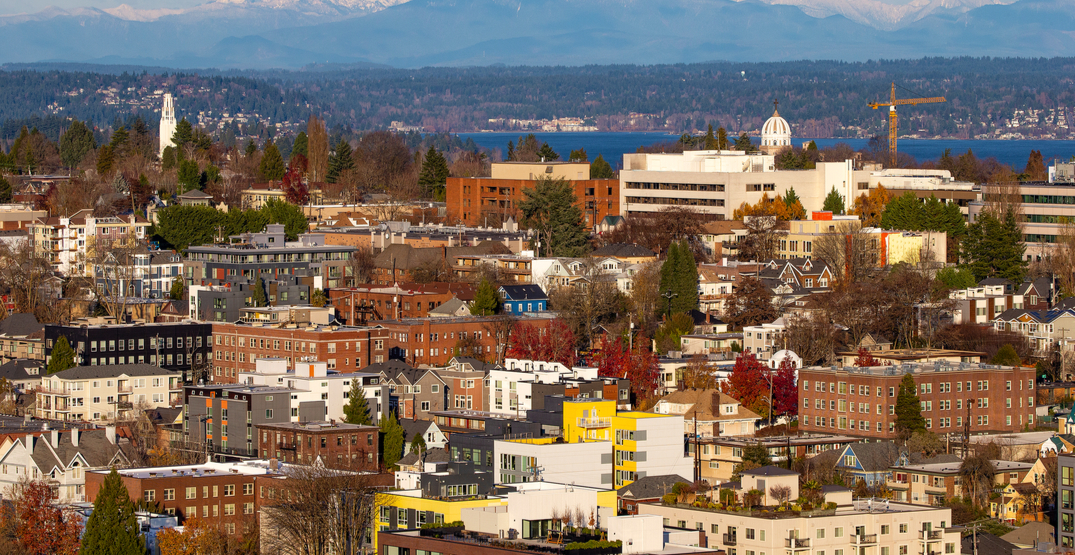 As Seattle continues to face its housing crisis, the city has announced its greatest-ever annual round of funding for affordable housing.

Over the last three years, the City of Seattle has created over 4,000 affordable homes and has directly invested $250 million for a total of nearly $1.5 billion.

During a press conference on December 9, 2019, Mayor Jenny A. Durkan announced that the City of Seattle will invest $110 million to create 1,944 new affordable houses in Seattle.

“Over the last three years, we have made monumental and historic investments in affordable housing. With nearly 900 city-funded affordable homes that came online this year, and another 3,400 expected to come online in the next few years, we have created a true partnership to deliver on affordability in our city,” said Mayor Durkan. “Seattle is committed to investing in housing and services that help advance our shared priorities of equity and inclusion.”

The 2019 funds that are invested through the city’s Office of Housing will support the construction of thirteen new buildings in Seattle, which will provide 1,944 apartments and support a range of communities. This is the largest number of affordable homes ever created in Seattle in one year, with $110 million also being the largest investment that the city has ever made towards affordable housing.

The city’s rental housing awards of $110 million will leverage at least an additional $600 million in investments through additional public and private sources. Funding sources come from existing levy money, sales tax revenue, and from the sale of Seattle’s Mercer Block Property.

Below is a list of the 2019 Affordable Rental Housing Investments: a list of proposed buildings and homes, and who they hope to serve. 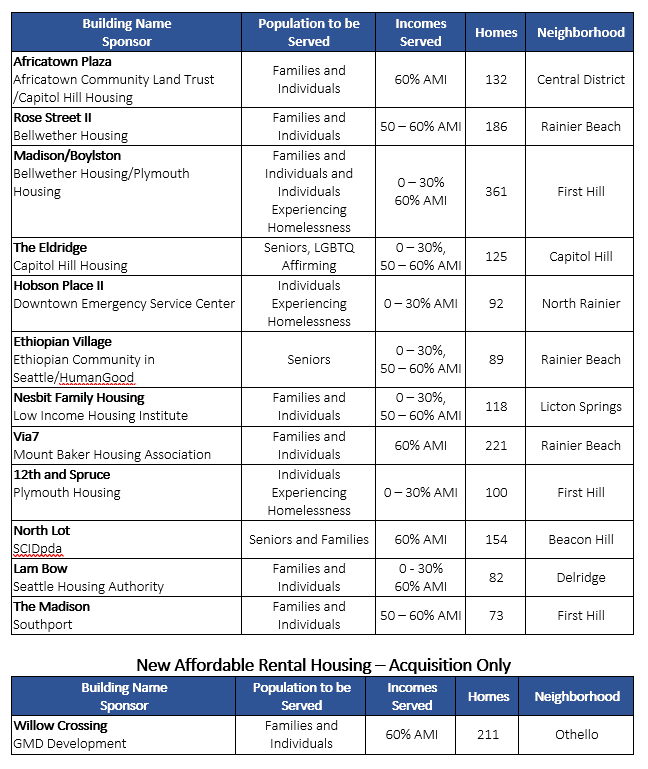 The city aims to help a range of communities, such as seniors, low-wage workers, families, and those experiencing homelessness. Several of the new buildings will include ground-floor spaces with childcare, senior spaces, as well as general community spaces. “This historic investment in affordable homes reflects our values to create an affordable, equitable and inclusive city that will yield benefits to Seattle residents for generations to come,” said Emily Alvarado, Director of the Seattle Office of Housing.

Seattle Mayor Jenny Durkan said that the projects won’t be built right away, but she’s hoping to see the renderings become a reality in the next two years.