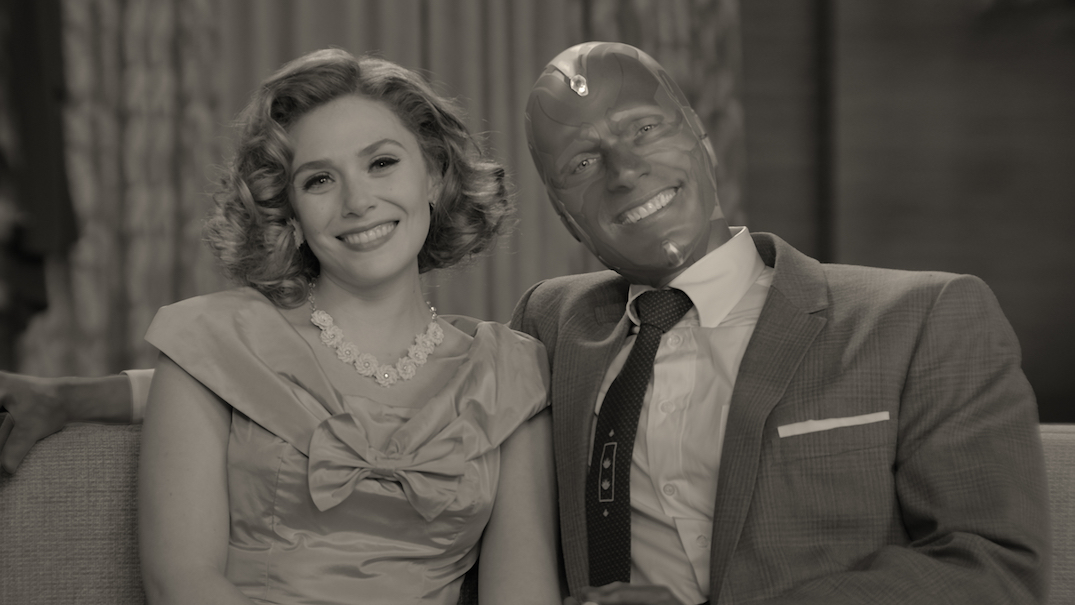 As a result of the pandemic, Marvel Studios didn’t release a movie in 2020 — the first time in over a decade the studio didn’t release a new chapter of its ever-evolving superhero franchise. If you’re a fan of the Marvel Cinematic Universe, and you’ve been waiting for something big, WandaVision should delight you.

Or at least some of them (for now).

The new DisneyPlus show connects directly to the MCU and it seems like it will be the catalyst to opening an infinite amount of possibilities — a multiverse.

Speaking of infinite, the series stars Wanda Maximoff (Elizabeth Olsen), aka the Scarlet Witch, and the android superhero, Vision (Paul Bettany), who were last seen together in the 2018 film, Avengers: Infinity War, where Vision died.

Marvel thrives on putting itself into deep and intricate plot holes, only to completely wow its audience — it’s sort of like their own superpower. Like, say, obliterating half of the characters they built up over a 23-film, $22-billion global box office franchise. Only to bring them all back (except Vision) during a majestic scene in Avengers: Endgame in 2019.

But let’s get back to WandaVision, spoiler-free. 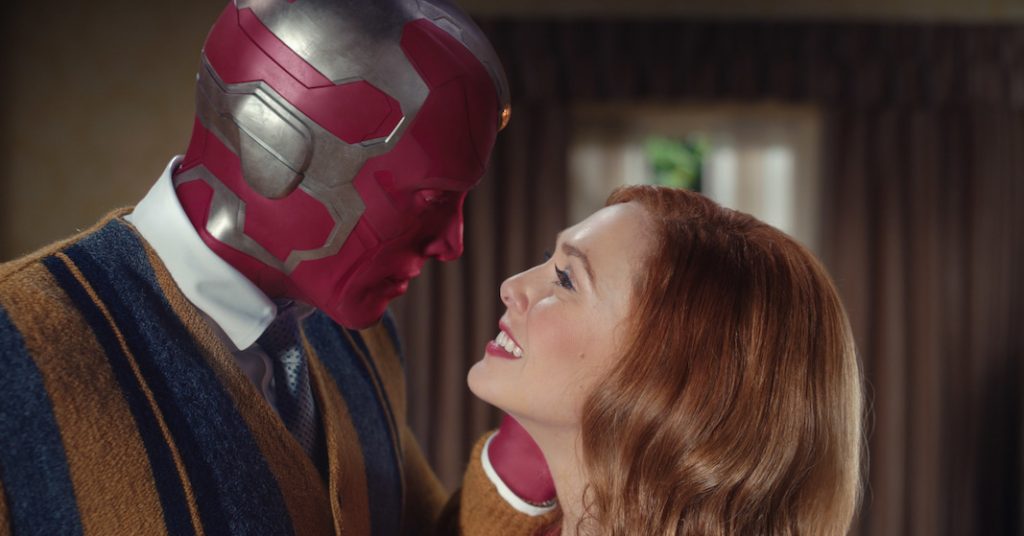 The first three episodes of the series really only give the audience a small hint as to what’s really going on. The show’s laugh track feels out of place for the MCU, most probably the studio’s intention.

The show comes off as very coy. Wanda and Vision are living a very I Love Lucy–esque life in the quaint town of Westview. The first three episodes intertwine sitcom tropes with reality glitches, giving off a strange, funny, and intriguing vibe, all at the same time.

Every character seems to be involved in a world they don’t really understand, clearly setting up an expandable timeline in the rest of Marvel’s content universe.

While touching on classic Scarlet Witch and Vision nods from the comics, the show takes the MCU to places it’s never gone before. Because let’s be honest, after killing off half of its characters and bringing them back to life, where else can you really go except for bending reality?

I’d recommend revelling in the weirdness of WandaVision. Marvel seems bent on breaking the mold it’s established over the past dozen years. When the show’s characters break through the sitcom illusion, it’s almost frightening. The show makes you question your own reality but stick through it. WandaVision seems to act as the appetizer for what’s going to become a much bigger super-universe.

If you pay close attention, you can spot some pretty clever Easter eggs and foreshadowing for what Marvel has planned across their newly-released slate of Disney Plus shows and future films. 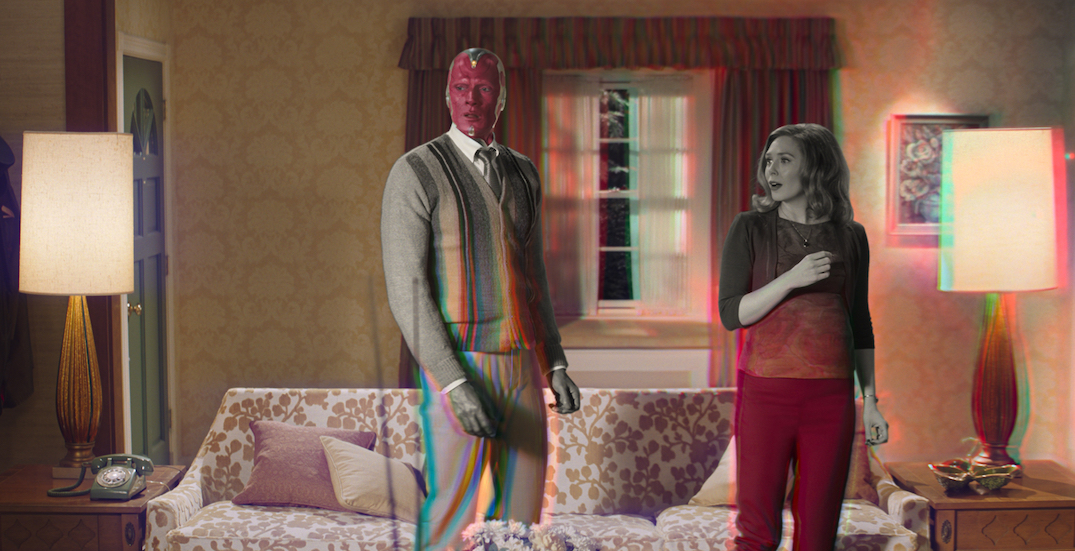 The series jumps from decade to decade, features floral aprons, funky couches, and flickering wallpaper. Even if you’re not familiar with the extended Marvel universe, the show is still a gorgeous homage to mid-century sitcoms. (There’s also no direct mentions to the MCU until episode 3, so you’ve got time to catch up on all 23 previous films — there is a worldwide pandemic going on, after all.)

It’s admittedly very odd to see well-known superheroes out of place. But heck, what has been normal over the past year? The show’s tone feels that something very foreboding is on the horizon.

WandaVision is definitely Marvel’s biggest risk to date but so long as you’re safely strapped in, it’s going to be an absolutely wild ride and I’m guessing there’s going to be some giant payoff in the coming weeks. Marvel is notorious for saving the best for last (they started the post-credit scenes in blockbuster films), and viewers might be able to feel a big reveal lurking on the horizon. 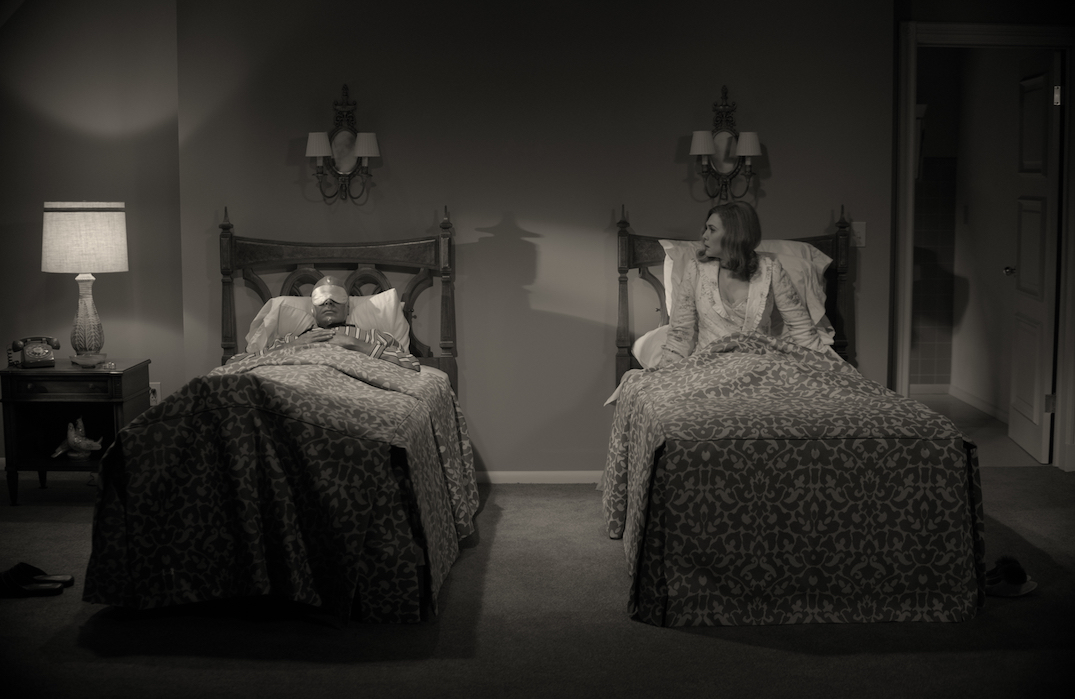 Marvel has opened the door to unlimited univereses and now that it’s open, there’s no closing them.

WandaVision premiers on Disney Plus on Friday, January 15.