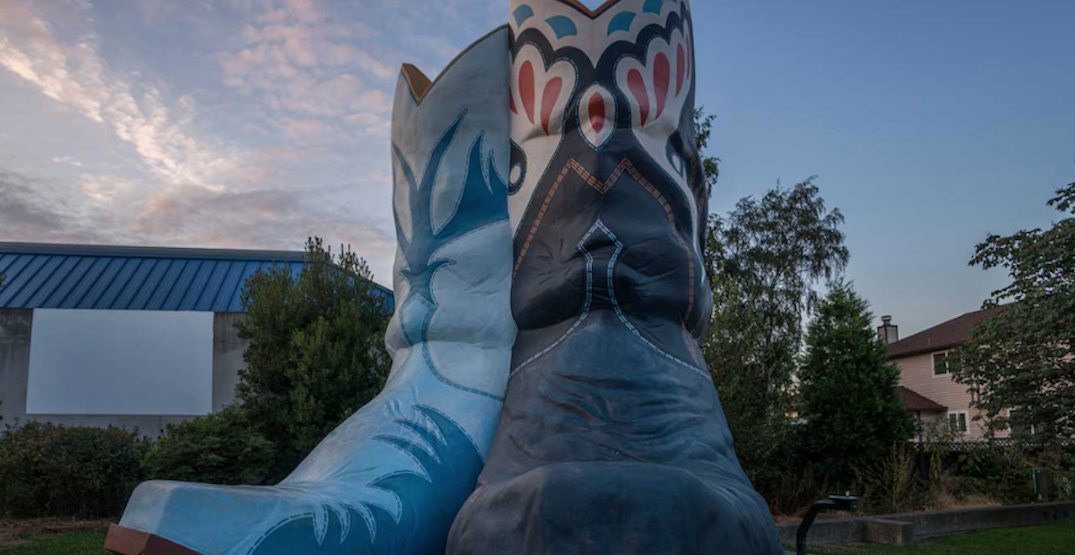 Seattle’s known for a lot of things.

We were the birthplace of grunge, we have an awesome Public Market, and of course, we house a lot of strange, quirky landmarks.

Whether you’re looking for a roadside attraction or simply want to step up your Instagram game with a new pic, these nine quirky Seattle landmarks are sure to surprise you:

A post shared by Dream the Day Away (@dream_thedayaway)

Located in Fremont, the Center of the Universe Sign has been around since the ’90s. The sign directs tourists and locals alike to several other landmarks both in and out of the neighborhood.

Where to find it: On a traffic island at the intersection of North Fremont Avenue and North 35th Street

Another quirky landmark in Fremont happens to be one of Seattle’s most famous. It’s the Fremont Troll. Located under a Seattle bridge overpass, he can often be found crawling with children and adults alike.

You may be a little confused when visiting this art piece. No, you’re not seeing a pod of whales; instead, it’s black shapes that only resemble the creatures peeking their fins above the waterline.

Where to find them: 7400 Sand Point Way NE, Seattle

Jump into the world of Pac Man in Seattle’s Pac Man Park. At 2,600 square feet, the life-sized arena is complete with four ghosts, lots of yellow pellets, and of course, Pac Man himself.

Where to find it: 110 Summit Avenue E, Seattle

Transforest by Lead Pencil Studio “combines forms drawn from Seattle City Light’s industrial history and those of our Northwest landscape, creating a narrative of Seattle’s system of electrical generation that has been placed into the wilderness of Washington.”

Created by Douglas R. Hollis, A Sound Garden is, quite literally, a sound garden. When the wind blows, the giant pipe-like structures murmur, whistle, and howl. Because the garden is on the National Oceanic and Atmospheric Administration Western Service Campus, you’ll have to get a day pass in order to check this piece out.

Also known as the UP house, the late Edith Macefield’s house is one of the most well-recognized in Seattle for being one of the last-remaining farmhouses in the city. Macefield was offered a million dollars to sell her Ballard home, but she refused, apparently explaining that she didn’t need the money or to move. While several believe that this house inspired the movie UP, the rumor has since been debunked.

Where to find it: 1438 Northwest 46th Street Seattle

The Wall of Death

Brutal? Yes. Strange? Yes. Do we kind of love it? Also yes. The Wall of Death is an art installation on the Burke-Gilman Trail. Created by father-son duo Mowry and Colin Baden, the art is named after the structure used in a high-risk motordrome sport that was popular at carnivals and sideshows in the early 20th century.

Built in 1954 as part of a Western-themed gas station, Hat and Boots Park boasts the largest hat and cowboy boots in America. The 44-foot-wide hat was supposed to hold the gas station’s office, while the 22-foot-tall boots served as washrooms. It’s rumored that Elvis Presley even came to visit.

Where to find it: 6430 Corson Avenue S, Seattle