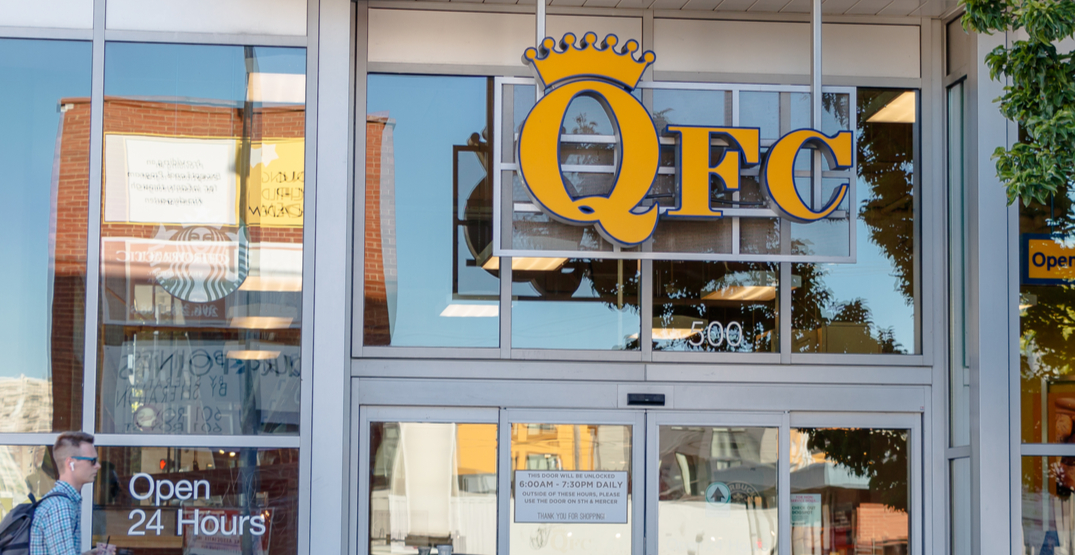 During the COVID-19 pandemic, we’re seeing many major changes take place around Seattle. From the City of Seattle helping its residents to restaurant and event closures, no aspect of life is being left untouched, including our commitment to saving the Earth.

As of Monday, Seattle Kroger stores, including its subsidiary QFC locations, had banned the use of reusable bags.

Signs on storefronts state, “With the safety of our customers and associates in mind, at this time, we are not allowing the use of reusable bags.”

Kroger Stores in Seattle not allowing reusable bags. Apparently the charge for a paper bag is being waived. If you do bring your own bag, you must pack it yourself after the transaction is complete. Kroger Employees can’t pack your reusable bag for you. #Seattle #Kroger pic.twitter.com/IkG1nWJj8z

A QFC representative told Daily Hive that according to city law, shoppers who require paper bags will still need to pay for them.

The representative then added that those who bring their own bags and are unable to pay for paper bags may be given the bags free of charge, depending on the individual’s situation.

Earlier this week, Kroger announced that along with updating store hours to help sanitize stores, the Kroger Co. Zero Hunger Zero Waste Foundation will be committing $3 million in support to local food banks and to ensure that children with school closures have access to nutritious meals.