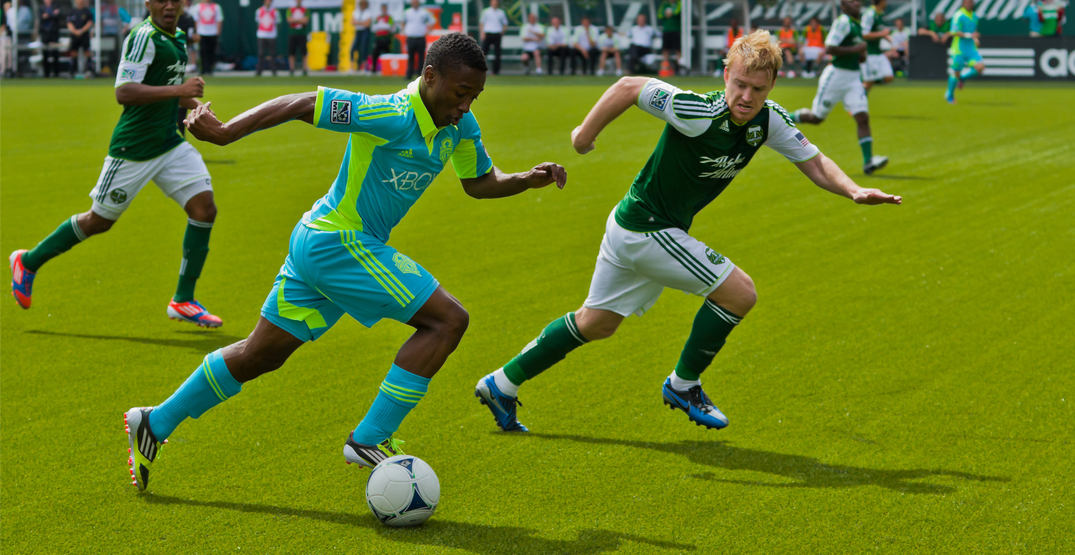 The Portland Timbers and Seattle Sounders Major League Soccer teams will celebrate their rivalry through a week-long event, the clubs announced on Tuesday.

SEAvsPDX Week is a fan-focused event that celebrates two of the Pacific Northwests MLS teams, and their burgeoning rivalry fueled by proximity and sports fanatics. With town pride on the line, Sounders vs Timbers matchups bring a whole lot of passion and hype.

This week, both clubs are set to compete in a series of unique content opportunities.

Sunday, the start of SEAvsPDX Week, marked what would have been the first match-up of the season between the two, but the events kick off today.

While we can’t battle Seattle on the pitch right now, the best rivalry in MLS is coming to you this week with a variety of digital competitions – all in effort to raise funds for COVID-19 relief.

Later in the week, the teams will launch an oral history of their battles, a live trivia night, and a battle between siblings from each team to find out which pair knows each other best.

On Thursday, the Portland Timbers and Seattle Sounders will put forth their most prolific FIFA 20 players, in a tournament to decide which club is superior. The live-streamed competition will be streamed on the Timbers’ Twitch channel (below), and will feature some familiar faces.

The FIFA showdown will begin on May 21 at 6 pm PT. Proceeds raised during the tournament will be donated to the United Way.

For a grand finale, both the Sounders and Timbers will host and air a classic full match between the two clubs. For more information about the SEAvsPDX Week celebration, check out the Timbers website.