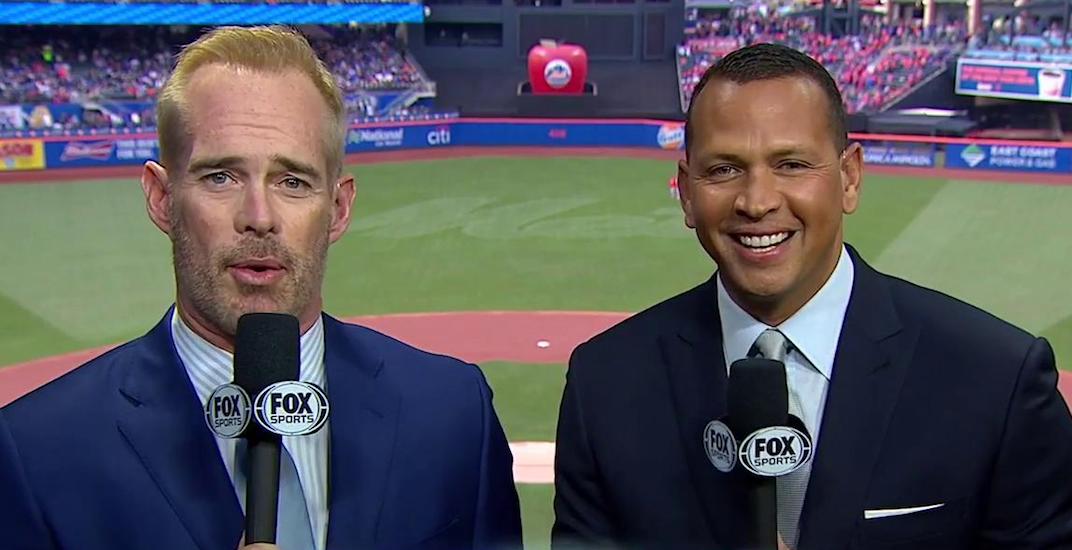 An adult webcam company has come up with a million-dollar idea for Fox sportscaster Joe Buck.

Buck has since responded, and didn’t rule out the job offer entirely.

“I am highly qualified as I have been practicing these calls most of my life,” Buck told Sports Illustrated, “but I don’t want to just take that job without a proper, open audition. So if they get Jim [Nantz] and Al [Michaels] and Mike [Tirico] and all the others who do what I do to audition, I’m in. If anyone of them say no, I’m out. That’s all I can commit to at this time.

“I can say I have never been more flattered. And I know my dad would be proud.”

When this is all over, THIS is a sport I would still watch. “Bruce Wayne” is the greatest athlete competing right now. Thanks for the video @robertklemko, let us know who you donate to! pic.twitter.com/7rWrdbs6FO

Here’s the open letter from ImLive:

With COVID-19 having forced nearly all sports leagues to postpone live games indefinitely, I can imagine it must be tough for sports commentators like yourself right now. I’ve seen the videos of you on social media putting the reps in and commentating over everyday things like people fixing their hair, some chickens running around the coop and someone fitting Oreos in their mouth, for example.

With you out of work for an indefinite period right now, I wanted to reach out and formally extend you an offer to continue to commentate…but over porn instead of sports. By its very nature pornography – especially adult camming – is a visual medium. It’s what’s on the screen that gets people off. But this obviously presents inherent problems for the blind and visually impaired who have nothing to turn to when they want to take a load off. As it stands, there are an estimated 22.5 million Americans who report experiencing vision loss. So the market for accessible pornography – especially on cam sites – is massive.

People have volunteered their time to record audio descriptions of pornographic videos and porn trailers for content sites. But what hasn’t been done…yet…is people providing live play-by-play commentating during a cam session between a model and a visually impaired user. And that’s where we would love for you to come in. We’d love for you, Joe to provide live audio descriptions of what is transpiring in a session as it unfolds – just like you would for a pivotal American League Championship Series Game 7. Hearing your iconic voice tell the user that the model is taking off her top and bending over will surely provide them with some aural eroticism…and hopefully some much needed relief.

The offer we’re extending to you is for you to provide live play-by-play commentary for our adult camming site, ImLive. We can offer you up to $1,000,000. You’d be required to commentate 25 live cam shows per week through the end of May but not less than 6 weeks.

By way of background, ImLive is a leading adult webcam site that offers the largest variety of adult webcam experiences. Imlive.com serves as an online community to thousands of affiliates; the site lists over 80,000 hosts and approximately 62 million members from all around the globe. Membership is free to all over the age of 18 years.

I implore you to seriously consider our initial offer. We’d love to have your voice to help blind and visually impaired users feel…excited. We figure it’d also be a great way for you to practice for when live sports return.

If you’re interested, please reach out to me at [email protected]