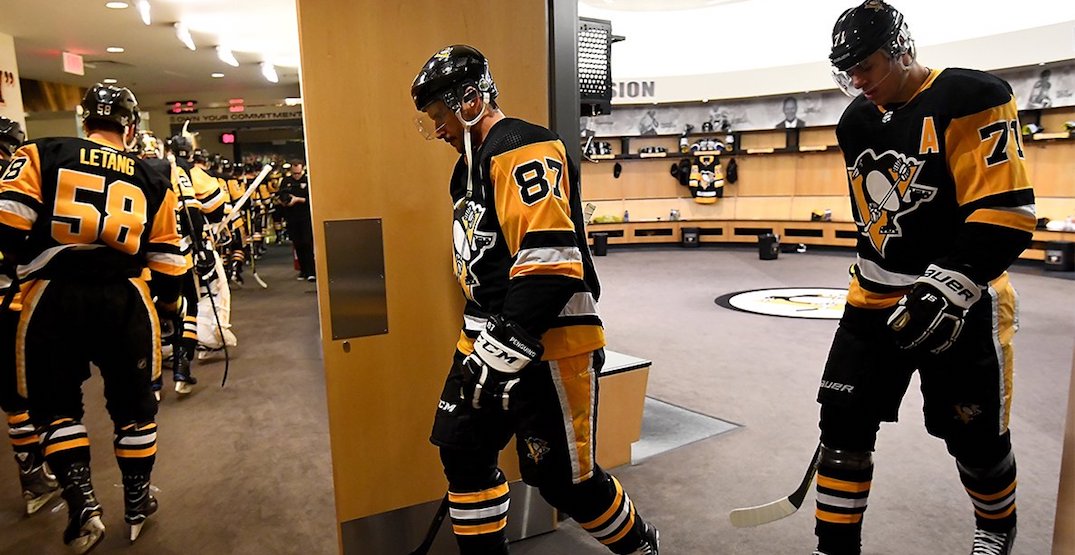 The Pittsburgh Penguins opened training camp Monday with a whopping nine players missing due to a concern related to COVID-19.

The players were “voluntarily” left off the ice, the Penguins announced, due to “potential secondary exposure” to someone who had contact with a person that tested positive for coronavirus.

“The team learned of the possible secondary exposure on Sunday, July 12,” the Penguins announced. “The decision to isolate this group of players was made out of an abundance of caution in an effort to avoid exposure to anyone else within the organization.

“The nine players will not participate until they are deemed safe in accordance with NHL protocol and further test results.”

The 24 teams that are returning to play in August officially kick off training camp Monday in each team’s home cities. Teams will travel to the hub cities of Toronto and Edmonton on July 26, with the Stanley Cup qualifying round beginning on August 1.

The NHL has announced that it will not make positive cases public, nor will it provide injury updates, until the end of the season.