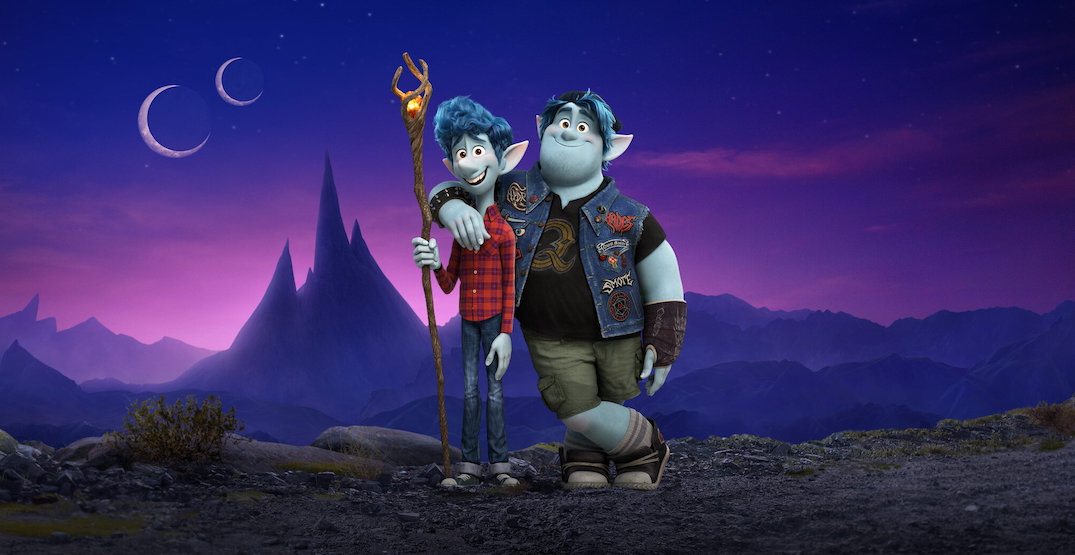 Less than a month after it was first released in theaters, the Walt Disney Company announced today Pixar’s Onward will be made available for streaming on Disney+ in the US beginning on Friday, April 3.

The animated film is being released on Disney’s new streaming platform far earlier in advance, as its theatrical release was severely curtailed by growing concerns over COVID-19, and the eventual government-mandated closure of theaters around the world.

“While we’re looking forward to audiences enjoying our films on the big screen again soon, given the current circumstances, we are pleased to release this fun, adventurous film to digital platforms early for audiences to enjoy from the comfort of their homes,” said Onward director Dan Scanlon and producer Kori Rae in a joint statement.

Onward was released in theaters on March 6, and it made just $104 million in the box office, including $61.6 million in Canada and the United States, and $42.5 million internationally. However, the film was highly received, with a “fresh” approval rating of 87% on Rotten Tomatoes based on 270 reviews.

The film follows two teenage elf brothers, in a normative magical universe, who gets an unexpected opportunity to spend one more day with their late dad. It features the voices of Tom Holland, Chris Pratt, Julia Louis-Dreyfus, and Octavia Spencer.

Disney has already released the film for digital download, and previously announced the film’s release on Disney+ in the US.

Also coming to Disney+ on April 3, commemorating Earth Month, is the release of several Disneynature films, including Penguins, and the premiere of Dolphin Reef by Natalie Portman.

Other Disneynature titles to be added to the streaming platform entail In the Footsteps of the Elephant, A Life on the Edge, and Diving with Dolphins.

On March 17, the company also released Frozen 2 on Disney+ months earlier than scheduled to provide families at home with more entertainment options for their young children.

The theatrical release of Mulan was originally scheduled for March 27, and The New Mutants on April 3, but both films have been postponed to a yet-to-be-determined future date. It has yet to make a decision on Marvel Studios’ Black Widow, which is slated for a May 1 release.