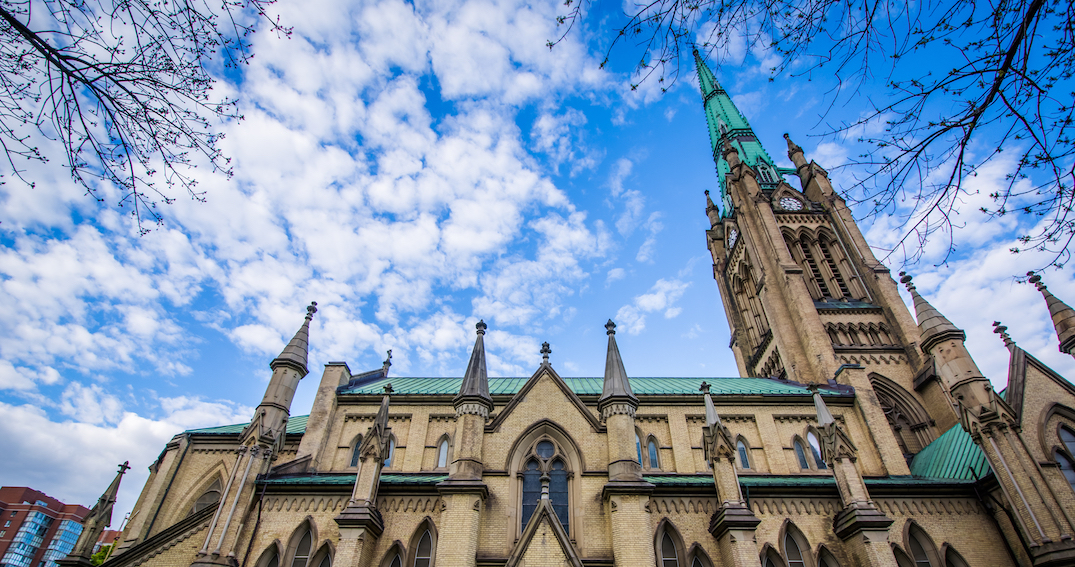 April showers, May flowers, and religious holidays are all intertwined with spring.

Easter, Ramadan, and Passover all traditionally take place in the springtime. They’re a time for worship and a time for gathering with family to celebrate, but COVID-19 has limited the capacity for gatherings of any sort.

Most religious institutions have moved their services online, or provided resources for their congregants to do so with their dinners and gatherings. Here’s how spring religious holidays are being celebrated around the world.

Passover is an eight-day festival in the Jewish faith that traditionally commemorates the Israelites’ emancipation from slavery in Egypt. It’s called Passover, or Pesach, as God passed over the houses of the faithful in the story of the plagues of Egypt. It is usually celebrated with religious dinners (or seders) on the first two nights with unleavened bread, wine, and the retelling of the Passover story.

This year’s Passover takes place from April 8 to April 16, and with gathering restrictions in place, many families are taking to online platforms to host virtual seders. Zoom, Discord, Facebook messaging, and more are available to host a virtual family dinner.

Around the world, isolation measures have made for a strange Passover. In Israel, a curfew was enforced from 6 pm to 7 am on Wednesday.

Easter is quite the wide-spread tradition, but in case you aren’t Christian, Catholic, or religious-adjacent, here’s the rundown.

Easter is a festival that celebrates the death and rebirth of Christ three days after his crucifixion, and always takes place on a Sunday, so the day of the month always moves.

In the Catholic and some Christian tradition, it’s the culmination of Lent, the 40-day period of fasting beginning in February with Ash Wednesday. The week preceding Easter Sunday is usually a holy week, with services and traditional feet washing, pilgrimages, additional fasting observances and festivals, and fast-breaking feasts.

For 2020, the Vatican is moving its services to be broadcast on television, radio, and online. Pilgrims and pilgrimages are heavily discouraged as are mass congregations at churches or homes.

Latin American countries traditionally have burned effigies, held parades, and staged recreations of the crucifixion, but all of these have been canceled to maintain isolation measures.

Local churches from Calgary to Toronto to Seattle have released pre-recorded services or planned livestreams of Easter Sunday sermons, services, and prayers.

Ramadan is a month-long festival in the Islamic faith, held during the ninth month of the Islamic calendar. Ramadan begins on April 23 this year, and it is a month of fasting from dusk until dawn for those who are not exempt. It has some similarities with the Catholic tradition of Lent, in that it is a period of devotion, prayer, and abstinence from vices such as tobacco and traditionally sinful behavior.

The end of Ramadan is celebrated after the month is over on Eid al-Fitr, a massive holiday. This is expected to be subdued this year to contain the spread of COVID-19, but religious leaders have not yet released any statements.

Fasts are broken with end-of-day meals, or an iftar, with friends and extended family. Officials in countries with populations who observe Ramadan have advised to uphold isolation measures, sharing the meal with household members only.