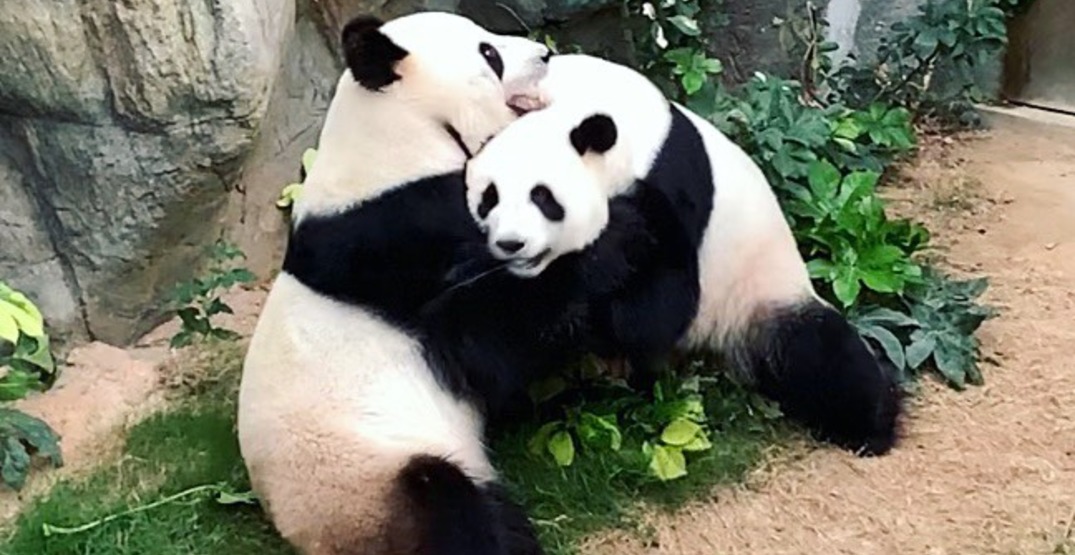 At least it did for pandas Ying Ying and Le Le of Ocean Park in Hong Kong who, after ten years of the facility trying to get them to mate, finally did the deed on Monday.

“Ocean Park announces the park’s 14-year-old resident female and male giant pandas, Ying Ying and Le Le, have shown signs of entering their oestrous cycle since end of March, and succeeded in natural mating at around 9 am this morning,” the park said in a press release on Monday.

It is the first success since the pair of pandas began attempts at natural mating ten years ago.

According to the release, since late March, Ying Ying has been devoting more of her time to playing in the water of the pair’s enclosure while Le Le has been marking his scent around the habitat and searching for areas with Ying Ying’s scent.

“Such behaviors are consistent with those common during breeding season, which occurs once every year between March to May,” the release explains.

Apparently, subtly is key. Maybe if Le Le sent a “Hey girl, you up?” text, this process may have begun sooner.

According to Michael Boos, executive director of zoological operations and conservation at Ocean Park, male and female giant pandas reach sexual maturity beginning at the ages of seven and five, respectively.

Since Ying Ying and Le Le arrived in Hong Kong in 2007, and the facility has been trying to get them to canoodle since 2010, the pandas had yet to successfully mate until this year following “years of trial and learning.”

“The successful natural mating process today is extremely exciting for all of us, as the chance of pregnancy via natural mating is higher than by artificial insemination,” Boos said in the release.

“If successful, signs of pregnancy, including hormonal level fluctuations and behavioral changes may be observed as early as late June, though there is always a chance that Ying Ying could experience a pseudo-pregnancy. We hope to bear wonderful pregnancy news to Hong Kongers this year and make further contributions to the conservation of this vulnerable species.”

Ocean Park will continue to monitor Ying Ying’s hormone levels as well as any changes in behavior.

So, if she starts craving weird things like pickles dipped in peanut butter, they’ll know.

Additionally, according to the release, the gestation period for giant pandas can range anywhere between 72 and 324 days, and pregnancy can only be detected via ultrasound 14 to 17 days before birth, at the earliest.

Perhaps the pair of promiscuous pandas simply wanted to wait until they knew they were alone before engaging in PDA — panda displays of affection.

Or maybe it took them all this time and the world coming to a standstill to realize that what they were searching for was right in front of them all along.