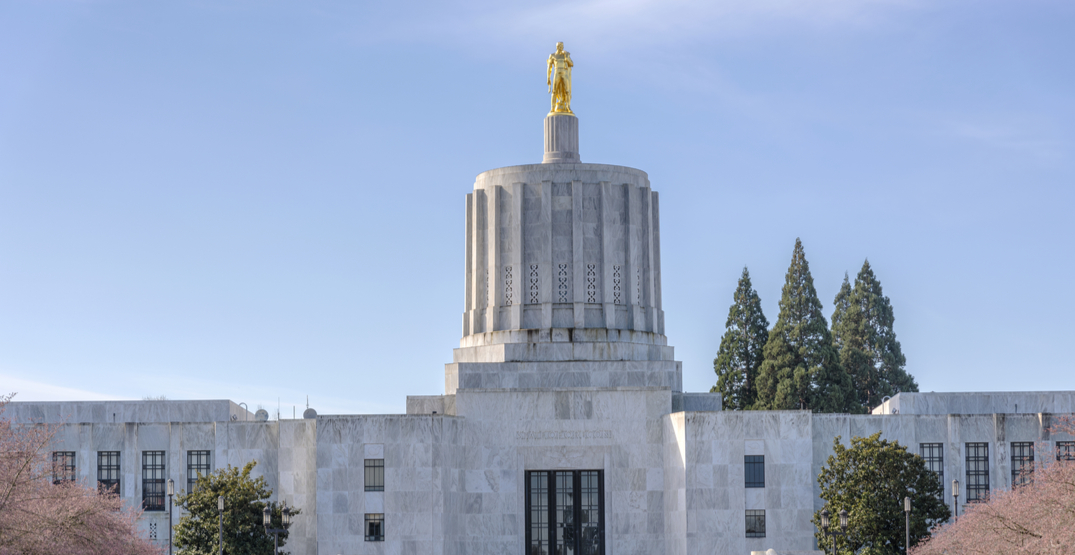 In Oregon, peaceful demonstrations quickly turned violent outside of the Oregon State Capitol in Salem.

Although rally leader said, “Today we’re gonna be peaceful. We’re not gonna give them an excuse… we may be from different groups but we’re all here for the same reason,” there have been reports of fireworks being thrown at officers, as well as smoke bombs and pepper spray.

The Oregon State Police have officially declared the event an unlawful assembly, and have arrested one person for harassment and disorderly conduct.

The Oregon State Police has declared this event an unlawful assembly. You must disperse from the @OregonCapitol area immediately. Failure to do so may subject you to arrest and/or use of force; to include impact munitions and riot control agents pic.twitter.com/XyipcxARdh

Here’s what the Oregon State Capitol looked like today:

In other parts of the United States, Trump loyalists are also rioting.

In Salem Oregon, the unlisted terrorist group the Proud Boys brutally beat and shot with paintballs a counter-protestor. (📹@LauraJedeed) pic.twitter.com/Wto5NCdkzS

The far right beats the shit out of someone with batons pic.twitter.com/HXCKfNvEAO

Trump, who reportedly encouraged supporters to go to Washington for the vote count, asked everyone to “remain peaceful” on Twitter. He has not yet addressed the nation.