An Asian giant hornet has been trapped for the first time since their initial spotting near Bellingham this December.

According to the Washington State Department of Agriculture (WSDA), the hornet was found in a WSDA trap set near Birch Bay in Whatcom County. Trappers checked the bottle trap on July 14 and submitted the contents for processing at WSDA’s entomology lab, where it was identified as an Asian giant hornet during processing on July 29.

“This is encouraging because it means we know that the traps work,” Sven Spichiger, managing entomologist for the department, said in a press release. “But it also means we have work to do.”

WSDA is hoping to find and destroy the nest by mid-September before the colony creates new reproducing queens and drones — the colony will only contain the queen and worker Asian giant hornets until new queens are reproduced. WSDA claims that “destroying the nest before new queens emerge and mate will prevent the spread of this invasive pest.”

“The department’s next steps are to search for nests using infrared cameras and place additional traps in order to catch more live Asian giant hornet specimens. The WSDA Pest Program staff will deploy special traps intended to trap hornets but keep them alive. If the hornets are caught, the department will attempt to tag and track them back to their colony. Once located, the agency will eradicate the colony.” 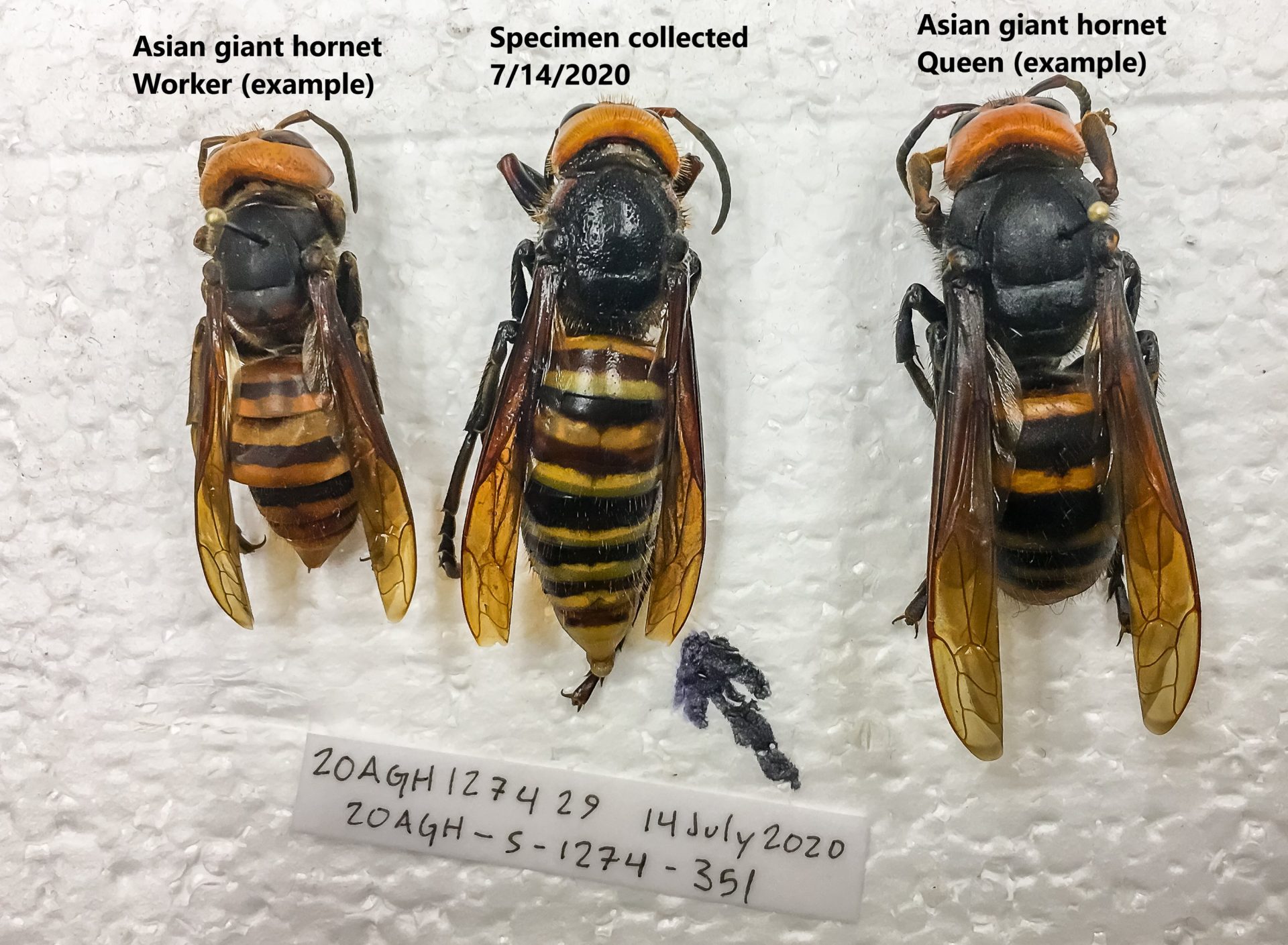 The Asian giant hornet specimen caught on July 14 was the first hornet to be detected in a trap rather than found in the environment as the state’s five previous confirmed sightings were.

While the hornets have attacked and destroyed honeybee hives, they are not known to impact other insects.

So while you’re not likely to see Asian giant hornets themselves, you may see the aftermath of an attack: piles of dead bees, most of them headless. 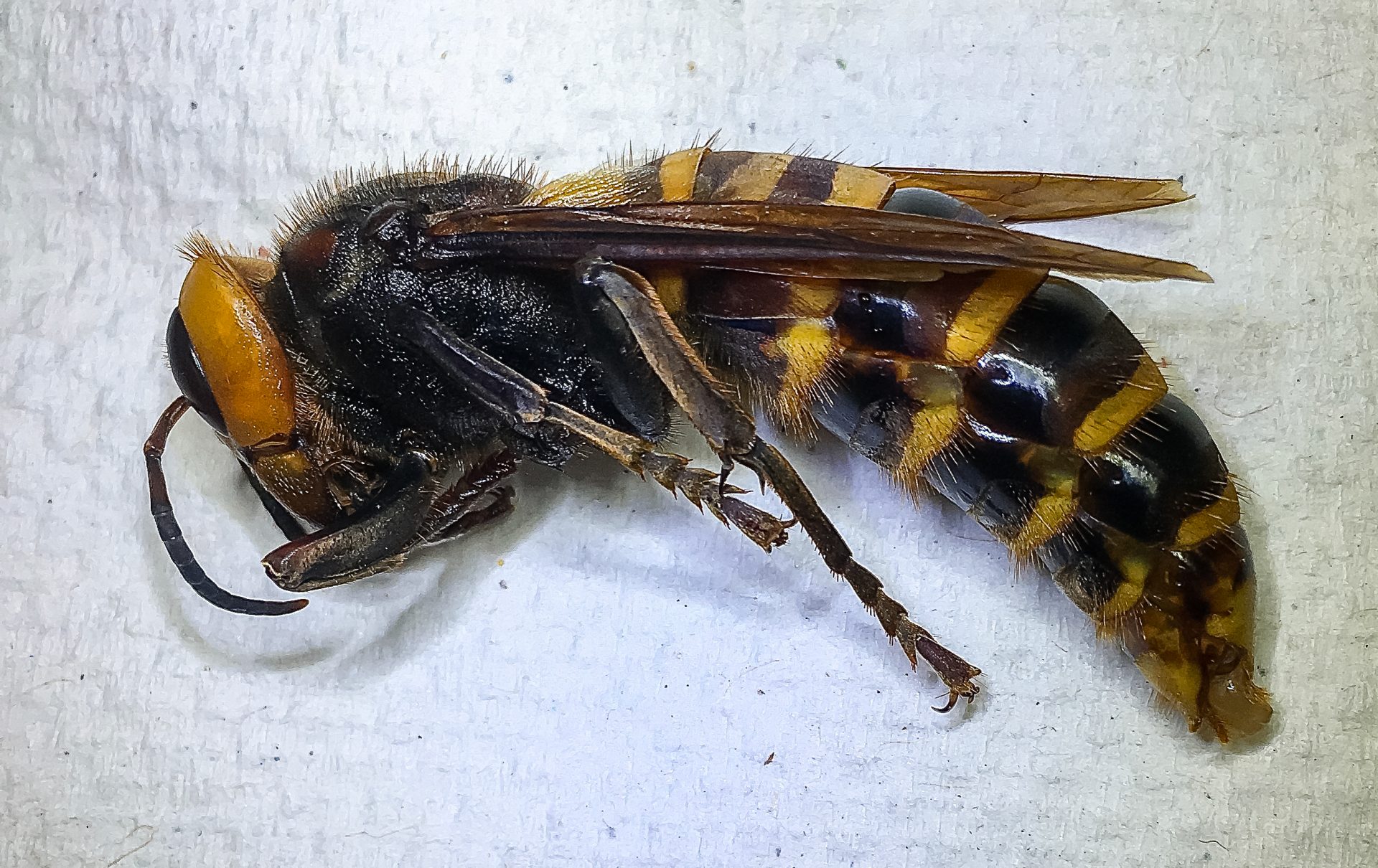 Those who are stung 10 or more times are more susceptible to developing a toxic or allergic reaction, including lightheadedness or dizziness, and must immediately seek medical attention.

If you believe you may have seen an Asian giant hornet or have seen evidence of a hive attack, report it by using the Hornet Watch Report Form, calling 1-800-443-6684, or by email. Those interested in trapping can still build and set traps on their own property.