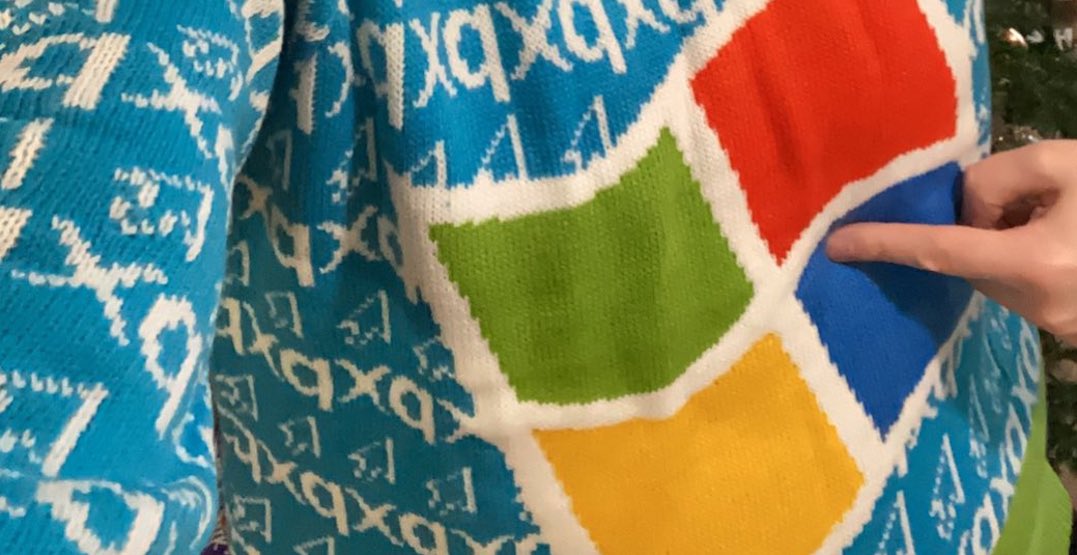 Microsoft has always kept in the loop with the latest technologies. This time, they’re impressing us with Micro-“soft” sweaters.

Earlier in the day, Microsoft Windows tweeted this cryptic message:

Holiday party and nothing to wear? pic.twitter.com/mqBwUH2wCY

Last year, Microsoft released a Windows 95 ugly Christmas sweater and even handed out a few on Twitter. It was so popular, that several people attempted to create a petition to have the company sell it in stores.

Thanks to today’s tweet by Microsoft, people have begun to assume that a Christmas sweater is going to drop at some point tomorrow, December 12.

Introducing the latest #Windows95 custom “softwear.”😉 Wish you could rock the #WindowsUglySweater? 👀 your DMs, because we’re giving a few lucky fans one of their very own. pic.twitter.com/84kQLtYsF2

Tom Warren, a Senior Editor at The Verge, has seemed to confirm rumors by showing off his gifted Microsoft-themed ugly sweater, paying tribute to Windows XP.

The sweater’s box is labeled “pro-h0-ho-fessional” under the name of the 2001 software. On the back of the box, contents are described as “easy-on installation” and “tailored experience.” The brand even goes so far as to add a joke about “backward compatibility” and how the sweater worn forwards yields best results.

The sweater itself is the signature Windows blue with the software’s 2001 logo on the front.

Microsoft’s ugly Christmas sweater is Windows XP this year. It even comes in a softwear box 😂 pic.twitter.com/Oz0lNhryPI

Fans of ugly sweaters and Microsoft alike have been tweeting their replies asking why the sweaters aren’t sold to consumers.

We’ll just have to see what happens tomorrow — if Microsoft releases the sweater to the public or decides to keep it in the company.