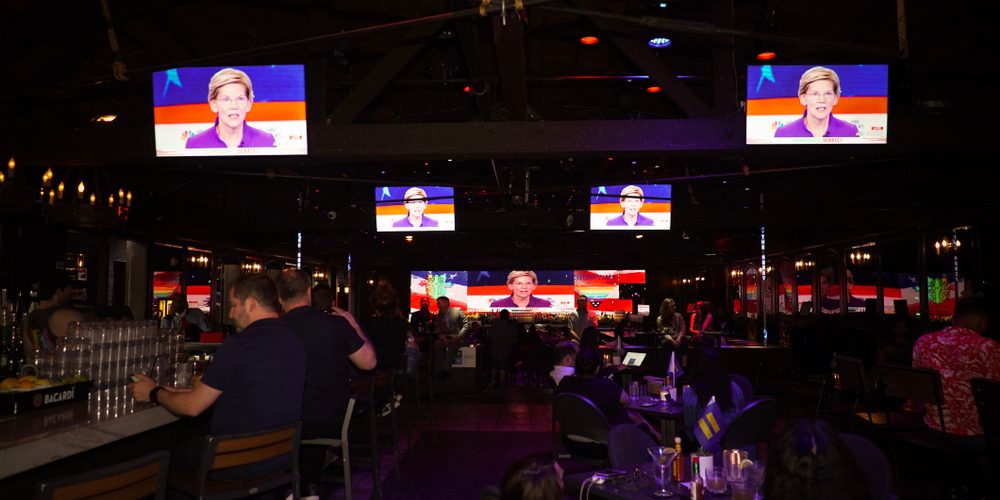 Micheal Bloomberg had a rocky live debut on stage as Senator Elizabeth Warren and Bernie Sanders piled on against the former New York mayor during the Nevada debate on Wednesday.

The main points of contention were a series of instances from Bloomberg’s past where he’s been accused by an overwhelming number of women of sexual harassment in the workplace when he still sat at the helm of Bloomberg LP.

Warren said his defence was: “I’ve been nice to some women.”

“He has gotten some number of women, dozens– who knows? — to sign non-disclosure agreements, both for sexual harassment and for gender discrimination in the workplace,” said Warren from behind her podium.

“Mr. Mayor, are you willing to release all of those women from those non-disclosure agreements so we can hear their side of the story?”

The mayor responded to the accusation bluntly when the crowd quieted.

“None of them accuse me of doing anything other than maybe they didn’t like a joke I told,” Bloomberg said. “They decided when they made an agreement that they wanted to keep it quiet for everybody’s interest.

“They signed the agreements and that’s what we’re going to live with.”

This is not just a question of Mike Bloomberg’s character—it’s a question about electability. We’re not going to beat Donald Trump with a man who silences women with who knows how many nondisclosure agreements. #DemDebate pic.twitter.com/ozPFghxU8s

Sanders for his own part went after Bloomberg for a multitude of issues from the former mayor’s past. Namely his history of supporting Republican candidates financially, the policy of “stop and frisk” in minority communities in New York City, and his previously stated opposition to raising the minimum wage, among others.

“I can’t think of a way to make it easier for Donald Trump to get reelected than listening to this conversation,” he retorted.

“We’re not going to throw out capitalism. We tried that. Other countries tried that. It was called communism and it just didn’t work.”

Sanders defended his position as a Democratic Socialist, saying the way forward was subsidizing working-class people through programs like Medicaid and Medicare.

“The problem is as Dr. Martin Luther King reminded us, we have socialism for the very rich, rugged individualism for the poor.”