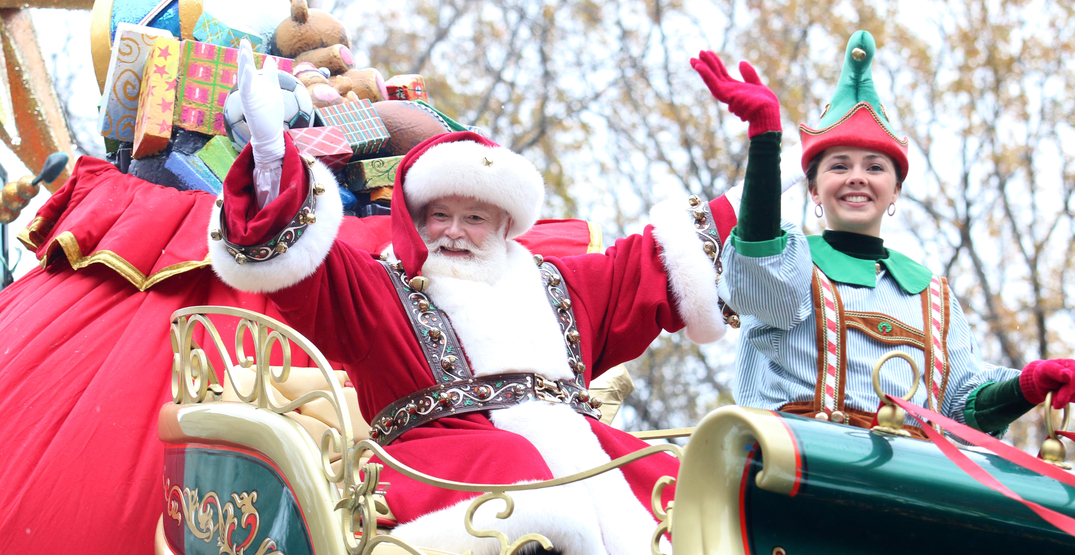 You’re standing in the crowd. Hot chocolate in hand, best friends by your side while a huge, 30-foot-wide Pikachu floats by you.

Any other day you’d be afraid, but today, all is good. It’s the Macy’s Holiday Parade. 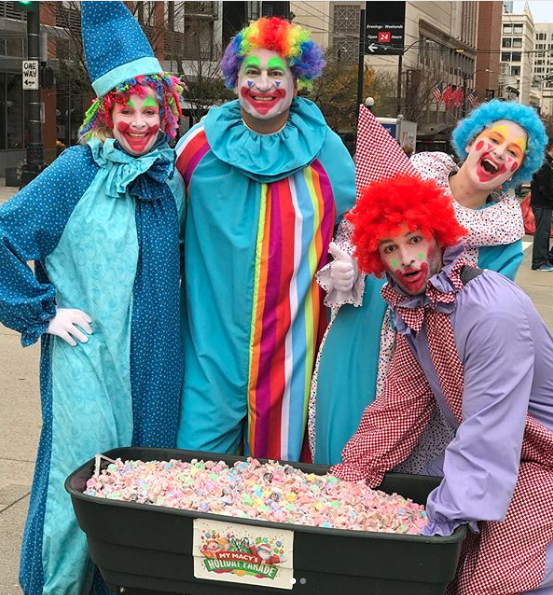 On Friday, November 29, downtown Seattle will be filled with smiles and cheers for the 28th Annual Macy’s Holiday Parade. This year’s line-up will feature over 20 bands and performance teams, as well as gigantic floats standing up to 60 feet long and 30 feet wide.

Many fan-favorite floats such as the snowman, ladybug, and Santa will be returning this year as well as some new additions such as Nutcracker themed “trykalloons” which feature an inflatable Clara and the Nutcracker Prince on a bicycle.

The parade begins right at 9 am and will last for about an hour, according to Macy’s. It starts at 7th Avenue and Pine Street, then travels west down Pine to 5th Avenue to University Street, then west to 4th Avenue, north on 4th Avenue, and ends at Macy’s when Santa leaves his sleigh and enters the store to open Santaland. 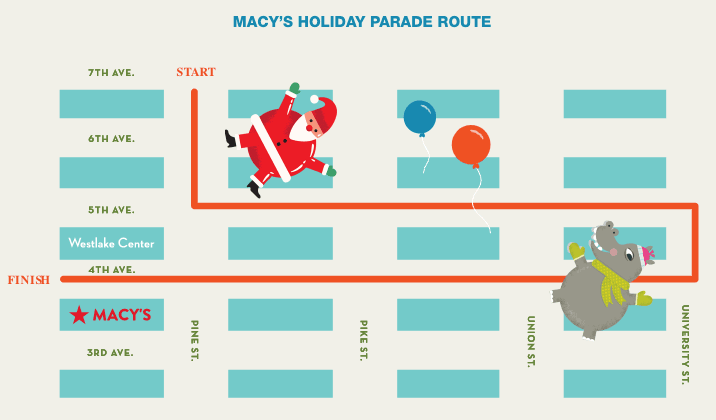 After the parade, follow Santa into the second floor of the Downtown Macy’s where he’ll stay through December 24.