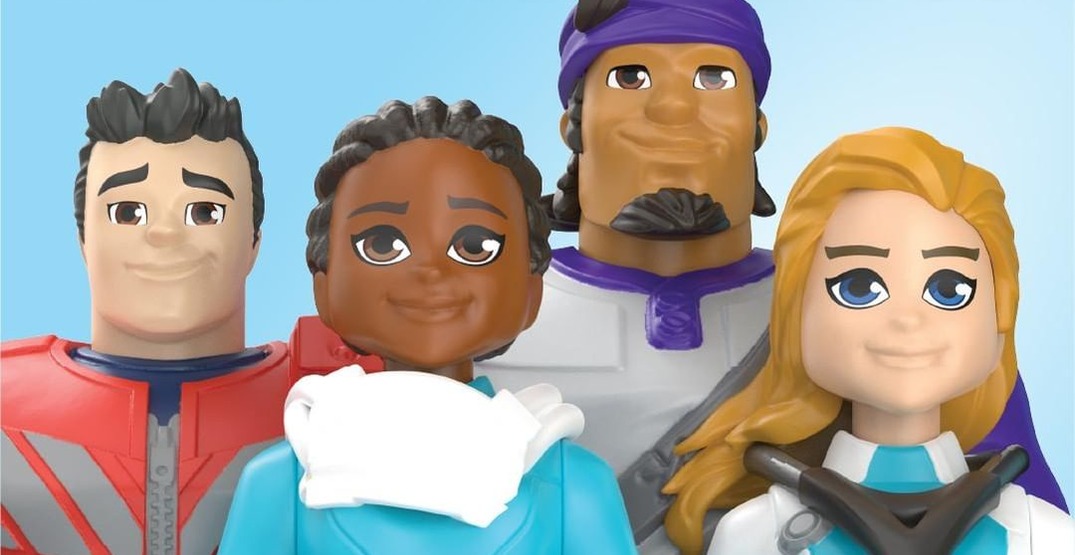 Children’s classic Thomas & Friends has been delighting and educating children for 75 years as of this year. As such, an all-new special has been created to commemorate the occasion that features an exceptionally special guest: none other than the Duke of Sussex himself, Prince Harry. Additionally, actress Rosamund Pike also voices a new character named Dutchess. The special, entitled “The Royal Engine,” is set to be released on Treehouse on May 8 at 6:05 pm. “This year, Thomas & Friends is celebrating 75 years of friendship and teamwork,” Prince Harry stated in a video posted to Facebook. There may also be another notable royal figure featured in the special. We won’t say who, but she has been known for her love of corgis.

Coors Light is sending free beer to US residents

Popular beer brand Coors Light is looking to bring some positivity to residents in the United States with a new initiative they announced via Twitter called #CouldUseABeer. The company is offering up to 500,000 free beers to individuals nominated by friends and family who believe that they could use a beer break. “Let’s face it — right now, America #CouldUseABeer,” the company stated in a tweet. Coors is encouraging its followers to tweet at them with the name of the individual they would like to nominate as well as the reason(s) why they could use a six-pack using the designated hashtag. A beer purchase up to $10.99 is required to qualify for the free six-pack, and the purchaser must be able to send over their receipt as proof. More information regarding the initiative can be found on the Coors Light website.

A new live-action Goosebumps series is in the works

Lovers of all things creepy and chilling will look back on the best-selling Goosebumps franchise with affectionate nostalgia. One of the most successful book series in the world, it also became a successful TV series in the 1990s. Then, there was another resurgence in popularity with the two movies released in 2015 and 2018, both starring Jack Black. Now, the stories are being brought to life once again with a new live-action TV series to scare and delight an entirely new generation of fans. In an announcement made on Twitter, author R.L. Stine surprised fans with the exciting news. The series will be a joint collaborative effort between Neal H. Moritz, producer of the Goosebumps and Goosebumps 2 movies and publishing, media, and education company Scholastic. An official release date, as well as casting and plots, remains unknown for now, but nevertheless, we are excited.

ICU team @SinaiHealth celebrating an extubation. COVID is tough but we are always happy to have a bit of success for our patients pic.twitter.com/Z4GQNrxdGo

Working at a hospital right now is no doubt a trying and emotionally and physically taxing job. As such, it is important to celebrate any victory that you can. In a video posted to Twitter by Christopher Yarnell, an Intensivist at Sinai Health System in Toronto, Ontario, Canada, viewers can see members of the ICU team doing just that. The team can be seen dancing to Pharrell Williams’ song “Happy” to commemorate a coronavirus patient’s extubation (being taken off a ventilator).

“COVID is tough but we are always happy to have a bit of success for our patients,” Yarnell said in the tweet.

It is a fun-loving video that reminds us to always be grateful for the selfless men and women dedicating their lives to ensuring the health and safety of others.

Multinational toy manufacturing and entertainment company Mattel is honoring essential workers with a new launch entitled #ThankYouHeroes, a special-edition line of action figures and Little People Community Champions that honors those combatting on the front lines and maintaining crucial services to keep our communities running. The Fisher-Price collection comprises 16 different figures, including doctors, nurses, paramedics, and delivery drivers. All net proceeds from the toys will be donated to #FirstRespondersFirst, a program created to support first responders. #ThankYouHeroes are available for pre-order through May 31, 2020, online, with orders expected to arrive by December 31, 2020.

Craig Matta attended East Carolina University (ECU) from 1966 to 1970 but unfortunately never graduated. It had always been a goal of his to finish his degree, so, at the age of 71, he decided to reenter. It turns out he only needed one class to graduate. He decided that since he was a bit rusty, he would take a “warmup class” before taking the one that was required. He was able to successfully complete both. When comparing his college experience from then to now, Matta admits that they were different.

“For one thing, personal computers had not been invented before and if I needed to ‘Google’ something, I had to get up and go across campus to the library for research,” he explains in a Facebook post.

Unfortunately, he will not be able to walk at his graduation, but ECU is holding a virtual ceremony on May 8. Matta’s story was also one of six chosen by the school highlighting the stories of students obtaining their college degree. Congratulations to the graduate!