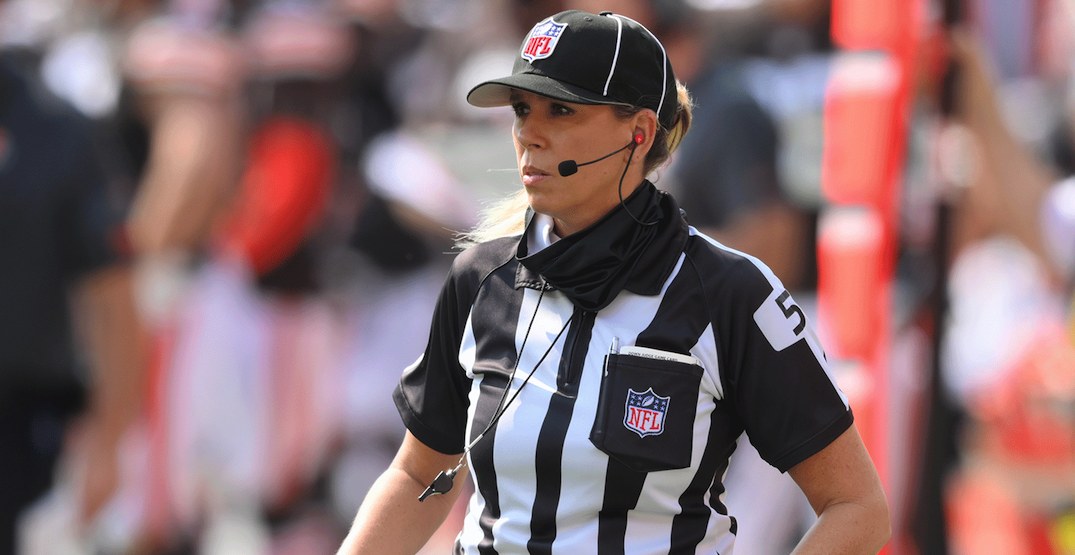 History will be made at the Super Bowl this year.

Sarah Thomas has been named one of the line judges for the 55th edition of the championship game, making her the first female official ever at the Super Bowl.

Sarah makes history as the first woman to officiate in a Super Bowl. https://t.co/EVvz45QgFx pic.twitter.com/tDvWZPx9JG

“Sarah Thomas has made history again as the first female Super Bowl official,” NFL Executive Vice President of Football Operations Troy Vincent, Sr. said. “Her elite performance and commitment to excellence has earned her the right to officiate the Super Bowl. Congratulations to Sarah on this well-deserved honour.”

The University of Mobile graduate has been officiating NFL games for six seasons including four playoff games.

Referee Carl Cheffers will lead the eight-person-crew, which has 88 years of NFL experience and has 77 games of playoff experience.

“Their body of work over the course of a 17-game season has earned them the honor of officiating the biggest game on the world’s biggest stage,” Vincent said. “They are the best of the best.”

Super Bowl LV will occur on Sunday, February 7 in front of a limited-capacity crowd at Raymond James Stadium in Tampa, Florida. The conference championship games take place this weekend, between the Green Bay Packers and Tampa Bay Buccaneers in the NFC, and the Kansas City Chiefs and Buffalo Bills in the AFC.