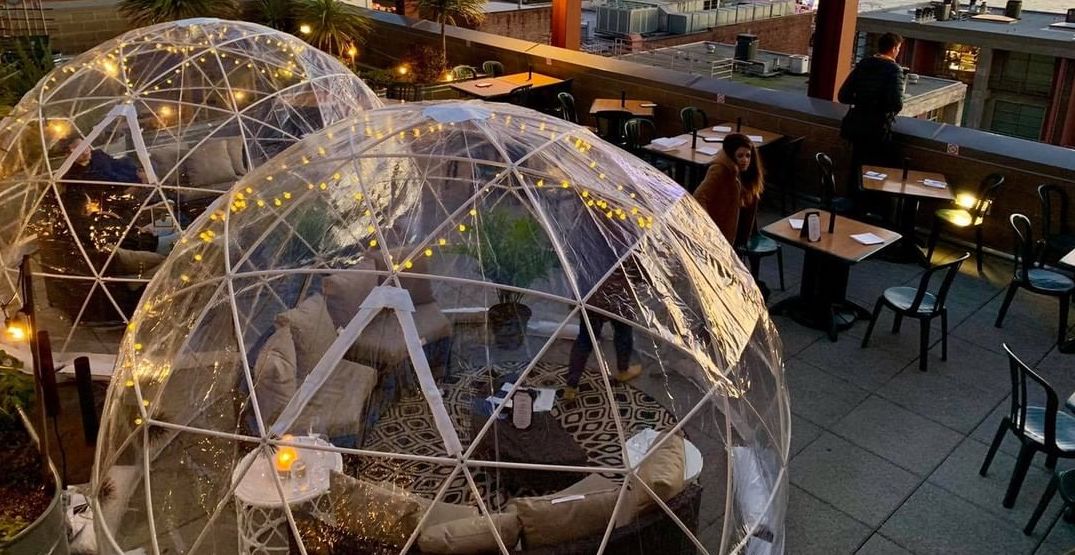 The restaurant is known for its panoramic views of Puget Sound, Elliott Bay, West Seattle, and the Olympic Mountains, as well as a new installation called Le Igloo.

The igloos are weatherproof, see-through domes that act like greenhouses. Because of this, temperatures vary with the sun and the number of people inside the dome. The igloos must be reserved ahead of time and are only available for groups of three to five.

The food at Maximilien is cooked by none other than executive chef Christian Potvin who began cooking at the age of 16 as an apprentice in Le Meaban in France. He joined Maximilien in 2004 and has worked to create incredibly delicious and beautifully presented dishes.

Start your order with a soup of the day, french onion soup, or salad. A french baguette is also a must.

The restaurant is currently open Monday through Thursday from 4 to 9 pm, and Friday to Sunday from 11:30 am to 9 pm.