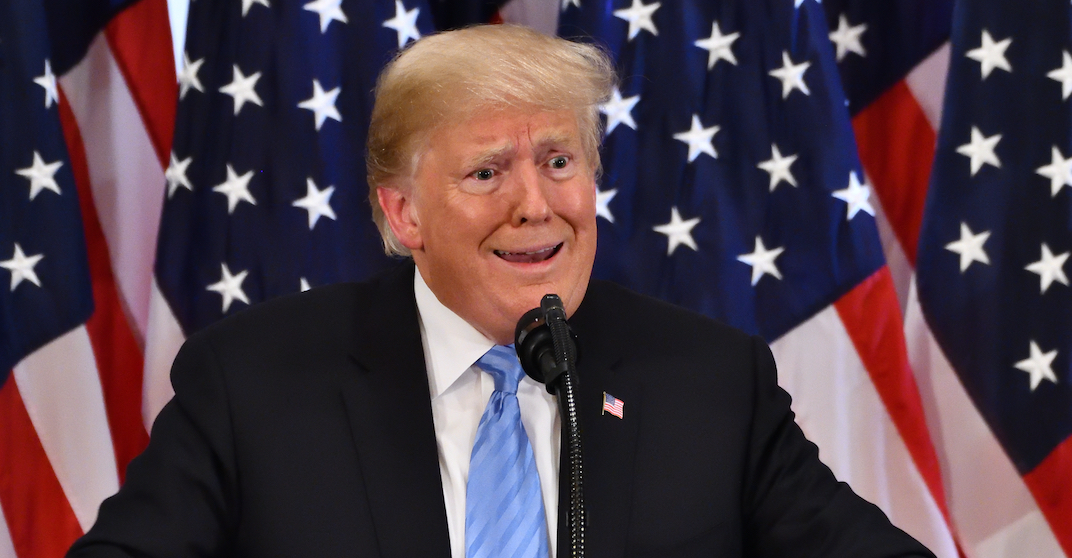 Former President Donald Trump left the White House on Wednesday with the worst approval rating in the history of the United States.

According to an approval poll conducted by Gallup, in his penultimate weeks in office from January 4 to 15, Trump’s numbers hit a record low of 34%.

His 41% average approval rating throughout his four-year presidential term is four points lower than any of his predecessors.

Trump’s approval high point was 49% in early 2020, spanning a time period between his first impeachment and the initial stages of his response to the COVID-19 pandemic.

His approval fell below 40% in June amid response to the death of George Floyd and his increasingly nonchalant handling of the pandemic.

Trump is the only president not to register a 50% job approval rating (or higher) at any point throughout the presidency since Gallup began measuring presidential job approval in 1938.

He is also the only president without a “honeymoon period” of above-average ratings upon taking office. His initial 45% job approval rating ended up being his highest point of approval in his years as president.

Gallup says that the president’s final ratings are most often a predictive case of “how presidents are regarded historically.” 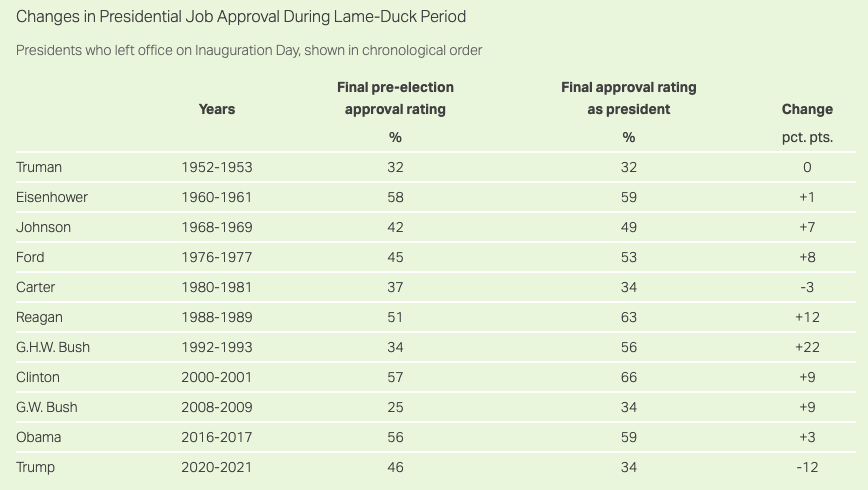 On Wednesday, Joe Biden was sworn into the White House as the 46th president of the United States of America.