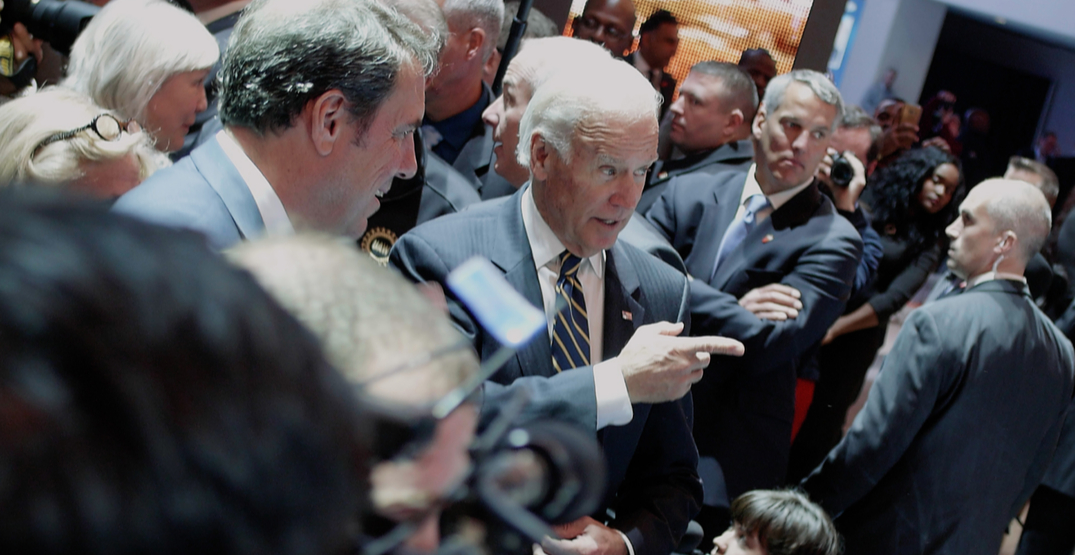 A day often referred to as Super Tuesday II saw former US Vice President Joe Biden running away with the majority of Democratic delegates for a second week in a row in the race for the party’s nomination.

Michigan, Mississippi, Missouri, and Idaho have all reported a win for Biden, while progressive Democrat, Senator Bernie Sanders, claimed North Dakota. Washington State has yet to report final counts.

Taking to the podium for the first time since another lackluster Tuesday round of democratic primary votes, Sanders remains vigilant, and very much still in the candidacy race ahead of this fall’s presidential election.

“Donald Trump is the most dangerous president in the modern history of our country,” Sanders said in his opening statement. “Tragically, we have a president today who is a pathological liar, and running a corrupt administration.”

Together, we are going to build a nation based on justice and dignity for all. Join us live in Burlington for an update on our campaign: https://t.co/YHgbl3vlMe

Biden leads the delegate count in the race for the Democratic nomination by a little less than 200, with a current total of 868 delegates by time of writing, to Sanders’ 720.

Sanders, for his part, appears relatively unfettered by recent turnouts.

“While we are currently losing the delegate count, we are strongly winning in two enormously important areas which will determine the future of our country,” said Sanders.

Those two important demographics include his ideological supporters and young voters (20s to 40s).

Joe Biden, during a press conference following Tuesday’s turnout, thanked Sanders’ supporters for their “tireless energy and their passion,” stating that “together we can defeat Donald Trump.”

Once we get Donald Trump out of the White House, we have an enormous opportunity to build the future this nation deserves. A future where every American has access to affordable health care, where we end our gun violence epidemic, and where we tackle the climate crisis head-on.

The movement upwards for Obama’s vice president continues to gain momentum, as voters and former candidacy rivals — like Kamlala Harris) — back Biden as the Dem of choice when considering which of the two can defeat Donald Trump this fall.

As for what’s next in the DNC’s Primary period, the two remaining front-runners will take to the stage this Sunday in Phoenix, Arizona, in the first head-to-head debate held this season. Sunday’s debate will also feature no live-audience, as announced by the DNC today, a decision made in the face of growing coronavirus spread concerns.

The next big voting day will be March 17, in which the states of Florida, Arizona, Illinois, and Ohio will dole out a total of 577 delegates.