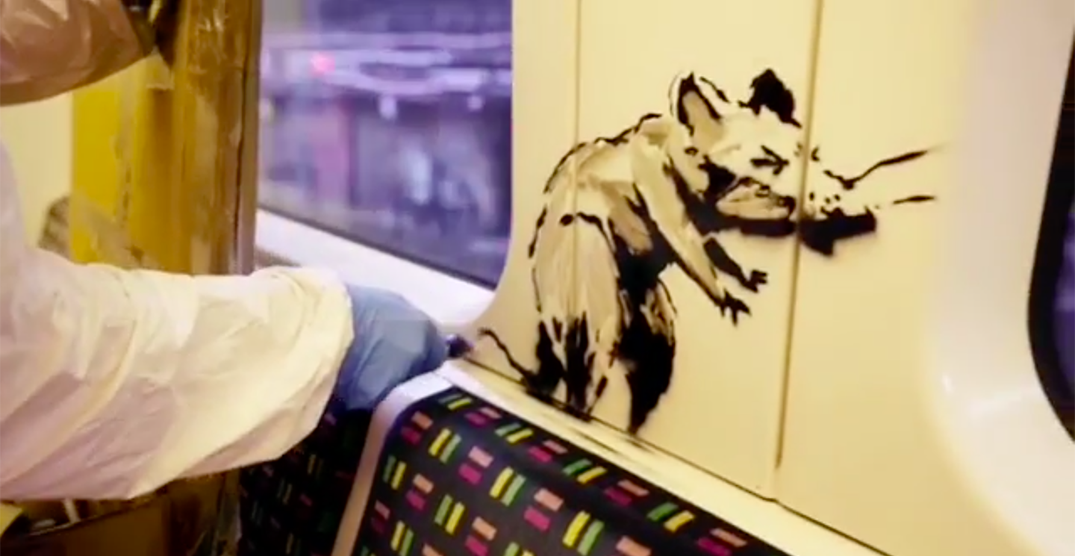 After elusive street artist Banksy took to London’s underground to creatively encourage people to wear masks, Transport for London reports that the work has been removed.

Throughout a railcar, he paints the signature rats that have dominated so much of his work, though keeping with the times, the rodents are wearing (and in one case parachuting while wearing) face masks.

The video bore the caption, “If you don’t mask — you don’t get,” and ended with the words written on a subway wall, “I get locked down.” As the car’s doors close the final part of the message appears, “but I get up again,” a play on lyrics in Chumbawamba’s song “Tubthumping.”

The location of the piece, which has since been cleaned off according to Transport for London (TfL), is not exactly clear, though a representative told Daily Hive the video “looks to be either on a Circle or Hammersmith and City line trains, (they have the same trains and share a long stretch of track) and goes through Baker Street but other than that I can’t help pinpoint it.”

The removal was conducted as part of a long-term cleaning contract that includes graffiti removal. Though considering Banksy’s Devolved Parlement sold for a reported £9.9 million, they may have wanted to leave it up.

“We appreciate the sentiment of encouraging people to wear face coverings, which the vast majority of customers on our transport network are doing,” according to a statement from TfL. “In this particular case, the work was removed some days ago due to our strict anti-graffiti policy.

“We’d like to offer Banksy the chance to do a new version of his message for our customers in a suitable location.”